Starbreeze Studios, the Swedish minds behind both critically-acclaimed The Chronicles of Riddick games, are reviving a long-dormant franchise tomorrow.  Syndicate will release in just a few short hours, and fans of the first game, also titled Syndicate (released way back in 1993), are hesitant considering the switch from an isometric tactical shooter to a more modern, first-person perspective.  I’m going to attempt to allay their fears and disappointment, as I firmly believe that this is the correct transition to get this futuristic sci-fi shooter into the attention of gamers everywhere.

Those of us who played the first game all the way back in the early 90’s know how outdated it is.  The game has not aged well at all, and I found myself struggling to adjust to the gameplay that would best be described as moving at a snail’s pace.  The fact is that these types of top-down squad shooters just don’t exist anymore.  Believe it or not, there’s a reason behind this; they don’t move quickly enough to keep the interest of all the shortened attention spans out there nowadays.  Social commentary aside, I think the switch to FPS was both necessary and warranted, and in the end, it will give us a superior perspective to witness the interactions between Syndicate’s mega-corporations battling it out for consumer control. 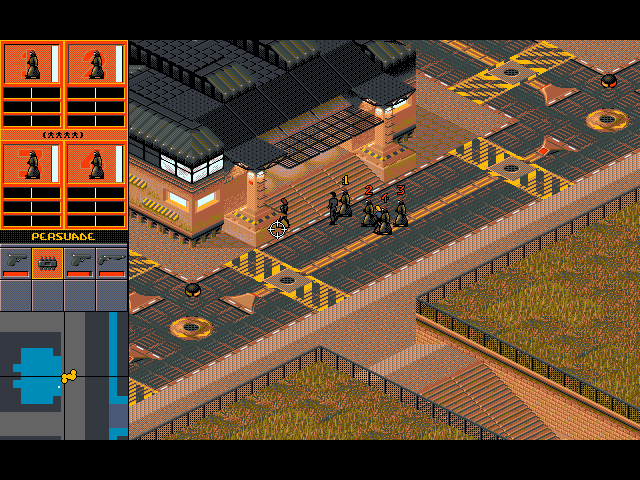 There are people out there who are accurately making the comparison of Syndicate to a franchise like Deus Ex.  It’s hard to deny that the games do look and feel quite similar.  Both are set in worlds where cybernetic enhancements are the norm.  Both feature prominent dystopian societies.  Both have super-agent protagonists capable of taking on entire squads of enemies by themselves.  The similarities don’t end there, but what everyone seems to be conveniently forgetting is that the original Syndicate pre-dated the first Deus Ex title by seven years.  Sure, it was on a far inferior platform and it didn’t nearly enjoy the commercial success of Deus Ex, but it did come first.  For that reason, people should be comparing Deus Ex to Syndicate, not the other way around. 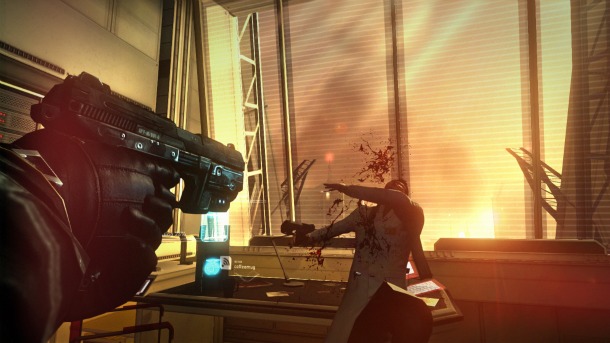 I was six years old when the original Syndicate was released.  Almost needless to say, I didn’t play it until much later.  The reason I’m divulging this information is simple; for a series that has been dormant for so long, it’s the developer’s job to design an experience suited for newcomers, not for old fans.  I’m willing to bet that well over half of the people who play tomorrow’s FPS Syndicate will not have played the first game, let alone know that it even exists at all.  It would be a different story if the Syndicate series had multiple titles staggered throughout the years, but the most it can claim is an expansion pack and some re-releases. 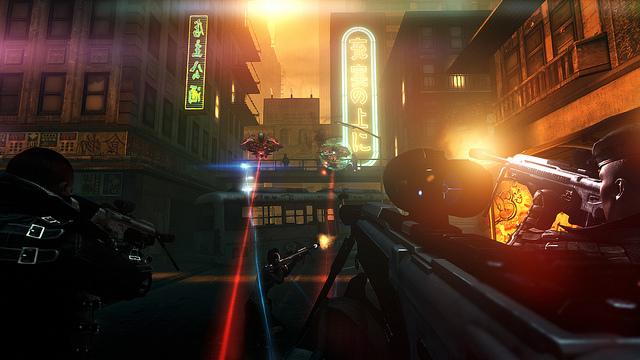 It may look, play, and downright feel like Deus Ex, but this is in the best interest for the developers and for the series itself.  It needs to regain an audience first, and then if it wants, it can go back to its old ways.  First-person shooters are far more popular today than they were back in the early 1990’s, and they are very easy for just about anyone to pick up and play right away.  In this respect, Syndicate can build a new, younger fan base that it can use to springboard itself to more titles.  And not just more titles, but more genres as well.  So just be patient Syndicate fans, you’ve waited almost 20 years for this.  Just be happy that there’s another entry at all, and from the looks of it, one that’s going to be damn good.