Tali’s Face: Was it Worth the Wait?

By: | Xbox 360 News | March 7, 2012
Mass Effect 3 is here in full force and that means millions of people will be embarking on the final iteration of this magic space opera. The Mass Effect franchise is well known for it's commitment to story telling; and playing as Commander Shepard can be stressful. The best way to unwind is to have sweet (Often sexual) encounters with your eclectic mix of squadmates. Whether it's the blue and ageless Asari, or the even the avian Turians, Shepard can embark on a thought-provoking and emotional relationship with various species of the galaxy. One of the more complicated and rewarding liaisons is with the Quarian Tali'Zorah nar Rayya.....and that's where the trouble started. 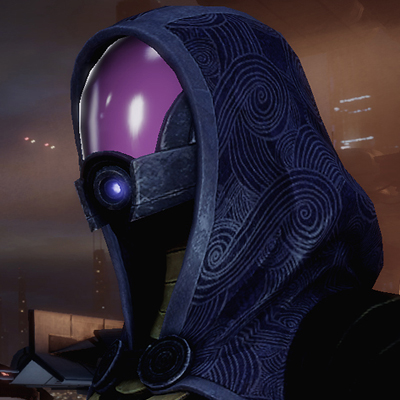 As a Quarian, Tali wears a protective suit covering her entire body. This also means that if you did choose to embark in a relationship with Tali, seeing her face, free of obstruction should be a very powerful moment in the narrative. While you were unable to view her visage unencumbered in the first two iterations of the game, Bioware promised that in Mass Effect 3 you would get that magical moment of clarity.

It turns out this magical moment does happen, although you only receive a digitized image not a full rendered animation of your possible galactic love. Gamers unhappy with this conclusion on the Bioware Social Network scoured the internet and the found the EXACT same image in a free stock photo collection available online. Although the image in-game has some very small adaptations it is a near copy.This oversight has caused a huge amount of uproar within the gaming community as gamers try to understand why such an important moment was left to something so arbitrary. So far there has been no response for Bioware.