How to Talk to Girls at Parties Review

Amidst the success of the TV adaptation of Neil Gaiman’s American Gods, and anticipation for the upcoming Good Omens series comes a feature-length adaptation of one of Gaiman’s short stories: How to Talk to Girls at Parties from Hedwig and the Angry Inch director John Cameron Mitchell.

The surrealist story about teen punks in 1970s Croydon, London stumbling upon an alien gathering is expanded into a full-length exploration of punk culture and the extent to which teenage boys don’t see girls as people at all, but rather manic-pixie-dream-aliens.

Alex Sharp (The Curious Incident of the Dog in the Nighttime) plays Enn, a socially awkward teen, jealous of his friend Vic (Abraham Lewis)’s easy charm with the ladies. The most enjoyable moments of the film are the hazy stop-start montages which open it and recur somewhere in the middle, soundtrack adding a spiky energy to the everyday routine of these teen rebels: printing their fanzines, cycling three-on-a-bike to school, asking their mums for pocket-money, etc...

We’re introduced to Nicole Kidman’s punk-sona Boadicea, a fierce band manager, and experience what feels like first-hand the sheer screaming puking madness of an underground punk show. And let me tell you, it only gets weirder from there. 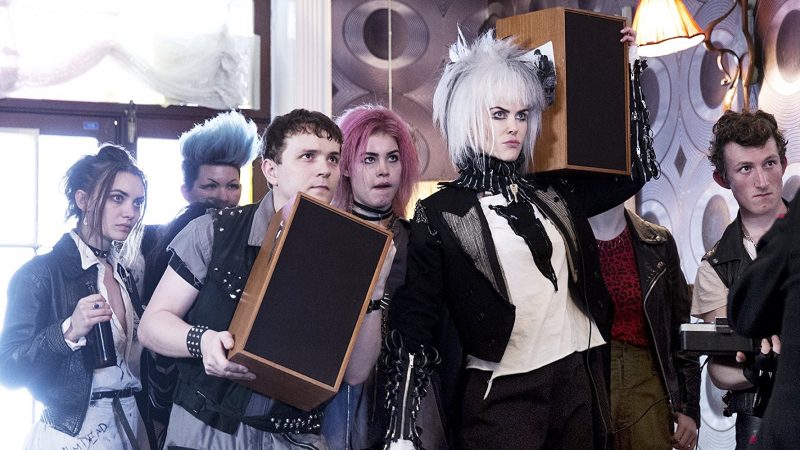 Dirty realism takes a turn for the surreal as the lads stumble into what they thought was an afterparty and turns out to be the rest-stop for an alien colony, inhabiting human form in order to absorb knowledge. The alien tribes wear distinctive bright colors and shiny plastic skin suits, and through the eyes of our teen boy protagonists, are characterized purely by their relative sexual availability and interest. It’s pretty nasty.

It’s here that we’re introduced to the young, beautiful, rebellious Zan (Elle Fanning), whose adventurous nature can’t be tamed by her parent-teacher figure. Enn recognizes a kindred punk spirit, and the two run away together. Fanning is admittedly perfect in the role, marrying childlike wonder with primal rage perfectly. It’s just unfortunate that her entire character is constructed solely to be Enn’s dream girl, and her own personal growth is firmly secondary to that.

Their romance is boring because Enn is boring and Zan is the most manic-pixie character to exist since (500) Days of Summer — and at least that was a satire. This film most definitely isn’t — at least not in that regard. Rather, the romance is meant to lend weight to this notion of young white men feeling entitled to female attention. Their rage against institutions and their parents and the girls who don’t want to be with them, packaged up in punk attire, takes on an unintended sinister tone for female audiences, and audiences of color.

It seems this film only appeals to the very specific demographic of white men who feel like they've been wronged by the world — and this is their ultimate fantasy: a beautiful alien girl whose total naivety about the human race means that she has nothing to compare Enn to. 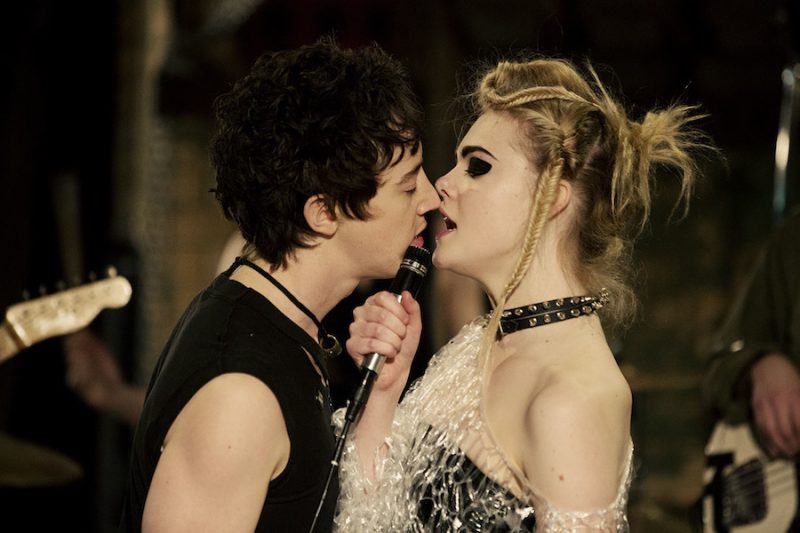 Another distinctly disturbing aspect is the casualness with which sexual assault is used as a punchline. The “Stella” colony of aliens are designated “Sex” as their primary characteristic, and there are multiple extended scenes of humans graphically protesting the violent sex acts forced upon them. Vic is one of the victims, and the narrative literally presents it as funny that the most sexually confident of the boys is the one scared and upset by a sexual experience with the aliens.

The film is interspersed with low-budget animated renditions of a neon rainbow version of space that honestly made me wonder if my morning coffee had been spiked. The commitment to the aesthetic can certainly be admired, even if it isn’t for everyone.

The whole thing devolves quickly into a farce with Nicole Kidman acting for her life to try and carry it to some sort of conclusion. Unfortunately, the whole thing seems utterly self-indulgent and honestly distasteful. Perhaps punk fans might take something different away from it, but it really does make for an uncomfortable viewing experience - and not in a good way. In a way that reminded me just how alienating (pun intended) and dehumanizing it is to be a female audience of male coming-of-age stories.

How to Talk to Girls at Parties releases in cinemas on Friday May 11th, distributed by StudioCanal.