Talking to Phil Hester about The Wretch, Firebreather and So Much More!

We had the change to get an exlusive one on one interview with superstar comic creator, Phil Hester of: The Coffin, Firebreather, Green Hornet, The Wretch and Green Arrow, fame. That's just to name a few of the things this amazing Writer/Artist has worked on in his career.

PA: You have worked with different publisher on a variety of books, is there anything you won’t do?

PA:  Is there a particular publisher that you tend to enjoy working with more?

PH: I really, really love Image. I love nearly every publisher I've worked for, but Image lets me do whatever I want and lets me own it completely. That's invaluable. 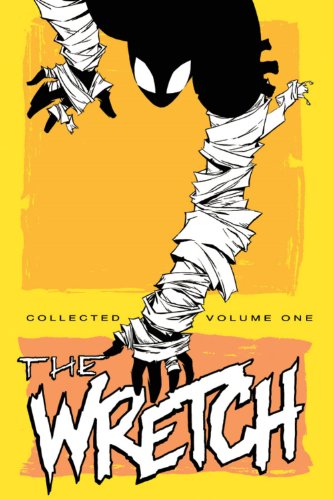 PA: As a writer/artist what is your process? Do you start with one over the other and if so which and why?

PH: I tend to do this weird process of sketching and writing notes at the same time, trying to nail down key images or plot points, bits of dialogue. Then I'll just write a stream of consciousness, dialogue heavy, almost radio play-like script. I just let it flow. I've spent so much time drawing comics that when I write dialogue I see the panels and pages in my head already, so I don't tend to give myself stage directions or camera angles.

I'll then print out that radio play on paper and thumbnail actual pages on the script, matching up images and dialogue, thinking about timing beats, etc. Then I'll go back and shape up the script to match the art, tighten thumbnails, pencil, and usually be done there. I don't ink or letter most of the time. This is also the process I use for writing for others, but during that thumbnail stage I instead write out panel descriptions rather than sketch.

PA:  Is there a character either existing or that you’ve created that you’d like to work on?

PH: Although I worked on Swamp Thing for three years I'd love to go back and have another crack as both writer and artist. I'd like to write and/or draw Batman, Daredevil, Ragman, The Demon, The Question, The Spectre. Basically any creepy or messed up character.

PA:  Is there any news on more Wretch or Coffin?

PH: The Coffin hardcover came out from IDW last fall and may still be available for back order. Talking with Slave Labor about a Wretch Omnibus, and I plan to feature Wretch back ups in whatever new book I wind up doing at Image.

PA:  Follow up, how did those books come about?

PH: I really, really love the nuts and bolts of storytelling, and The Wretch is a perfect character for allowing unfettered experimentation. I mean, he's a complete enigma, so you don't have to hassle with backstory or character motivation. He's this sort of pure expression of mystery, a trickster god almost. I can have him show up at any point in the story and do something weird, and as long as it's clever, or scary, or funny, the reader just rolls with it. It's really a lot of fun.

As for The Coffin. I had been working on The Crow for Kitchen Sink and put together a sci-fi Crow pitch that never went anywhere, especially after they went under. So, I kept the notes, fiddled with them for a few years, and cooked up this homage to all the horror comics of my youth like Swamp Thing and Stalker and Ragman. My buddy Mike Huddleston was looking for a non-super hero gig and  I took advantage of his neediness, hence The Coffin was born. 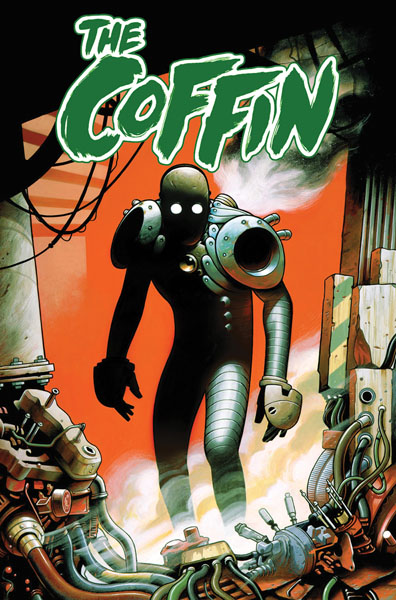 PA: They say time heals all wounds. You’ve been working in comics for 15 years plus, do you have any embarrassing moments you want to share?

PH: Every last book I ever made embarrasses me at one point or another. I'd like to think I'm still growing as an artist, so all my old work, even stuff as recent as six months, has a cringe factor.

PA:  How has the comic market changed since you began in comics?

PH:How hasn't it? I mean, that's pretty clear to everyone, but something that may not be as evident to the average reader is how much Marvel and DC have clamped down on the direct market. Back in the 80s and 90s, the Big 2 were content to let little companies and books flourish just under them. Sales of under 100K weren't worth their time. Well, now that certain physical aspects of printing and publishing have been streamlined, and piracy has driven down sales, both companies have learned to make money on books that sell less than 15K. That used to be indie territory, now it belongs to Marvel & DC. They're just flooding the place. Retailer can't keep up. Throw in digital distro, web comics, piracy, etc., and it's a really bewildering landscape. All that said, it still remains one of the most easily accessed forms of mass entertainment (in large part due to the internet). There are very few people between a cartoonist's vision and the outside world. Nothing stops anyone from making comics, and that's beautiful. We all just need to figure out new ways to make a living at it.

PA: Any of your creator owned books moving into the digital domain?

PH: I'd love to put my whole catalog on line soon. Just a matter of getting organized. I'd put them up for free. I know lots of Firebreather stuff is available on most all the comic reader apps.

PA:   You did a long run on Swamp Thing and it was a great run, is it going to be collected any time soon?

PH: Thanks. Probably not. I mean, I'm not sure, but I've heard that certain powers that be at Vertigo are not big fans of that run, despite its sales success. I've seen collections from overseas and they're gorgeous. Who knows? Maybe someday. Maybe Mark Millar will come over to DC and make it part of his deal that they have to out it out!

PA:  You’re currently working on Green Hornet, Wonder Woman, Godzilla, The Darkness, Days Missing, Firebreather: Holmgang and I’m sure I’m missing some… How many books on average do you write a month?

PH: Well, I'm done with Days Missing and Green Hornet-- that one I just plot-- so only three work for hire (I've started a secret project for Dynamite), and two creator owned. Still working on Golly.

PA:  Is there anything you can tell us about any of the afore mentioned projects that are coming down the pipeline? 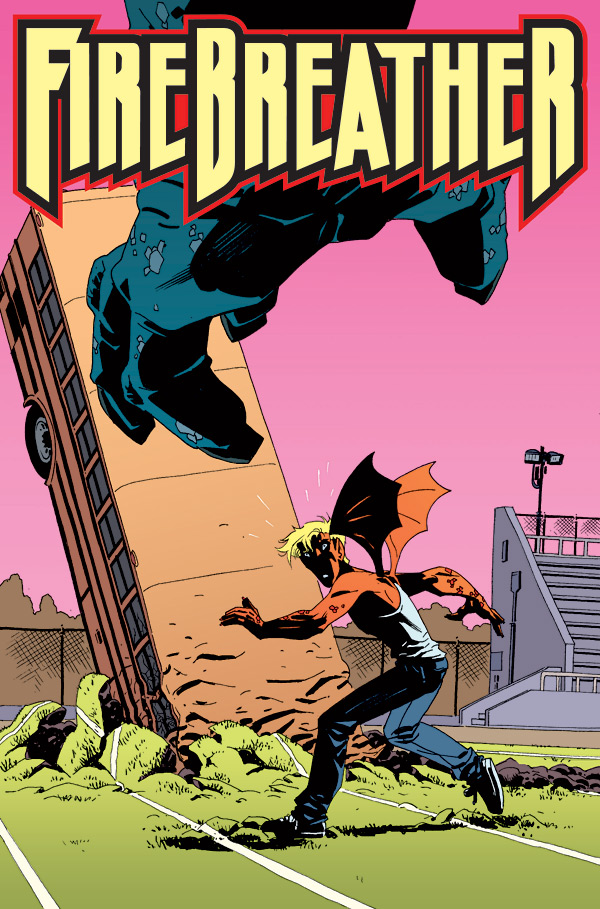 PH: The Darkness is coming to a soul searing climax in issue 100 that will change the character fundamentally forever (I hope). That's still a year or so off, but I'm in the midst of writing it now. Jeremy Haun is jumping aboard as regular artist with issue 96 and he'll help me get across that #100 finish line, which is pretty thrilling.

I'm partnering with my long time inker-turned-writer Ande Parks as co-writer on Green Hornet. We're introducing a proper super villain to the GH universe with a character called Redhand that has startling ties to Kato's past. All my Wonder Woman plot points are under strict embargo by DC! You may cost me my life! In Firebreather, Duncan's about to meet some long lost family, and we're rebooting Golly as a series of novellas and one-shots later this year.

PA: What new monthly projects can we expect?

PH: Great question. The mystery book from Dynamite and maybe something new from DC. Definitely a new Image book.

PA:   I know that you were officially unofficially mentioned as working on Kevin Smith’s Bionic Man with Dynamite any chance you can tell us when that’s coming out?

PA: Did you like how the Firebreather movie on Cartoon Network turned out? And do you have any other projects that might end up animated?

PH: I loved it. Peter Chung is a dang genius. I hope we get to do more. Of all my projects I think The Anchor, despite it's heavy violence, is best suited for animation.

PA: Is there any chance of Coffin or another of your projects ending up on the big screen?

PH: There's always a chance. We have an active option with James Cameron on The Coffin, but he's pretty busy these days. Guillermo Del Toro has written a treatment for it, but I'm not holding my breath. Always rumblings regarding 13 Steps, Deep Sleeper, and Golly, so something might come of those.

PA:  What’s the one book you’ve created or worked on that you want to be associated with your name and why?

PH: I think The Wretch best encapsulates by sense of humor and my predilection for weirdness. If I had my way I'd make Wretch comics until I croaked.

There you have it folks, Phil Hester one of comics, coolest, hard working creators.

If you'd like to see more of Mr. Hester's work check out some more of our coverage: