Speaking at the Jerusalem Film Festival, Quentin Tarantino gave us a little insight into his films both past and future! Attending for a Pulp Fiction screening and to receive a lifetime achievement award for his cinematic contributions, he addressed the sold-out audience at the Jerusalem Cinematheque with a bombshell!

We all knew The Hateful Eight was his eighth movie - he couldn’t have made it any more obvious - but now he’s confirmed his goal is to retire after ten! “I’m planning on stopping at ten. So it’ll be two more,” Tarantino said.

“Even if at seventy-five, if I have this other story to tell, it would still kind of work because that would make those ten. They would be there and that would be that. But the one he did when he was an old f—ing man, that geriatric one exists completely on its own in the old folks’ home and is never put in the same shelf next to the other ten. So it doesn’t contaminate the other ten.” 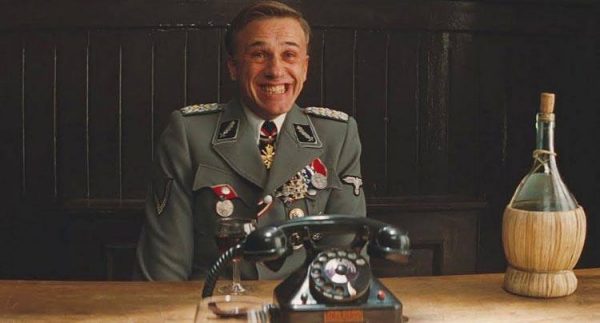 Another less dramatic statement he made was to categorically announce his own favourite character from his cannon: “Landa (Inglourious Basterds) is the best character I’ve ever written and maybe the best I ever will write. I didn’t realise that he was a linguistic genius. He’s probably one of the only Nazis in history who could speak perfect Yiddish.”

He went on to say that the casting process for that particular role wasn’t easy.  “I was getting worried,” he said. “Unless I found the perfect Landa, I was going to pull the movie. I gave myself one more week and then I was going to pull the plug. Then Christoph Waltz came in and it was obvious that he was the guy; he could do everything. He was amazing, he gave us our movie back.”

Well, we’re all waiting with baited breath to see what he comes up with for movie number nine!