By: Cristian Barros | Movie News | July 29, 2014
Quentin Tarantino has been keeping busy for the past few years with numerous projects, but there has always been unfinished business with his acclaimed Kill Bill movies. Kill Bill: The Whole Bloody Affair is a longer cut of the director's two-part martial arts/vengeance epic, the most notable inclusion being a 30 minute anime sequence. Back in 2011, the new cut screened at the New Beverly in Los Angeles and that was the last anyone heard about it. 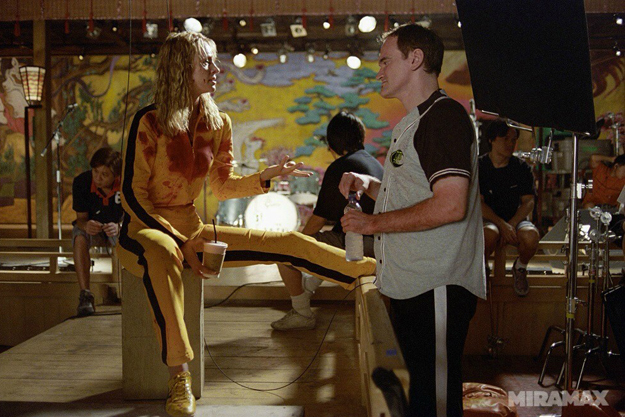 Now, over the weekend at Comic-Con, Tarantino made some big news regarding the beloved movies. According to The Playlist, Tarantino was on hand at the Dynamite Entertainment panel to talk up his forthcoming Django Unchained/Zorro crossover comic, and when asked about The Whole Bloody Affair, he gave a typically rapid fire answer.

He responded by saying, "What’s going on with that is originally back when Kill Bill was going to be one movie, I wrote an even longer anime sequence. So you see in the movie [O-Ren] kill her boss but then there was that long hair guy… The big sequence was her fighting that guy. I.G. [The Japanese Anime Studio] who did Ghost in the Shell said we can’t do that and finish it in time for your thing. And [plus] you can’t have a thirty-minute piece in your movie. I said okay. It was my favorite part but it was the part you could drop. So we dropped it and then later when I.G. heard we were talking about doing Kill Bill: The Whole Bloody Affair — they still had the script so without even being commissioned, they just did it and paid for it themselves. It’s really terrific. Anyway, The Weinstein Company and myself were talking about actually coming out with it sometime, not before the year is out, but within the next year with limited theatrical engagement as well."

No word yet on when in 2015 we can expect the new version, but this is great news for fans of the martial-arts/western epic. In the meantime, Tarantino will be shooting his latest movie, The Hateful Eight, starting early next year. Audiences should prepare themselves to kill Bill all over again.