"Mediocre Comedy at Best"
By: Steven Armstrong | Movie Reviews | June 28, 2015
One thing to understand about Seth MacFarlane is that for a man of our contemporary time, he also lives and breathes something more conventional, evident by how often he tips his hat to much of the films and music that inspired him growing up. This can be found in everything he touches from Family Guy, to A Million Ways to Die in the West to the Ted movies. A wonderful dance number during the opening credits of Ted 2, much like the Family Guy opening, is just one of those things to expect from MacFarlane, a throwback to the old MGM musicals of the Golden Age of Hollywood. It's the kind of thing that most people in the audience might scarcely appreciate depending on their age and exposure to such classics. Such a lively opening is enough to put us in the frame of mind for some fun, MacFarlane style and make no mistake, this is a MacFarlane affair, for better or worse. 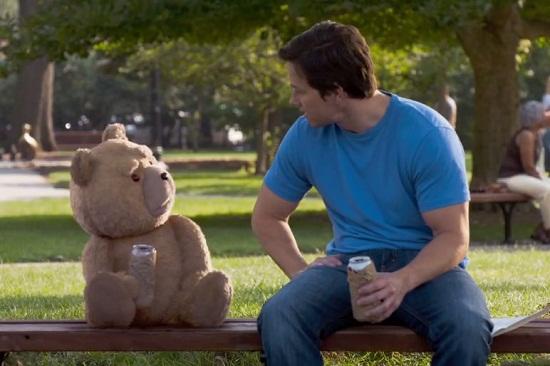 Ted (Seth MacFarlane) and John Bennet (Mark Wahlberg) are still thunder buddies for life, engaging in all the shenanigans you might expect, but where the original Ted focused on the relationship between John and Ted, which was one huge aspect of that film's success, this one dares to focus more on Ted, who this time around finds himself struggling to be recognized as a human being with a soul and feelings. An interesting and timely notion considering recent news regarding the nationwide legalization of gay marriage (the gay community is one of many groups, which MacFarlane takes playful aim at). At no point does the audience forget how ridiculous it seems for a teddy bear to be viewed as a person with human rights, nor does the film, as it makes several mentions to the fact. However, in a strange way, once you get past the off-putting and rather harsh humor on display, you see that Ted is a metaphor for the marginalized, fighting to be recognized as equal. Okay, if you choose to go beneath the surface, this is all fine. The real reason anyone comes to this movie though, is because they expect to laugh. While there are a fair amount of laughs to go around, they do not seem to contain as much kick as the original. Which often seems to be the case with the sequels to most hit comedies.

That said, every actor comes to play and all involved seem to be having a good time. Some appearances are great fun to revel in (The Liam Neeson's and Morgan Freeman's particularly), but as with the first film, top credit goes again to Mark Wahlberg for turning in an energetic and fun performance. Frankly, the film is at its best when Wahlberg and Ted play against one another. It's a shame that the film has so little of these moments because it serves to remind you of just how much stronger the original is. Ted 2 also contains some great pop-culture references throughout, with a couple more obscure ones, which will not be spoiled here. You might see if you can spot them. There might be too many for some, but that is Seth MacFarlane for you. 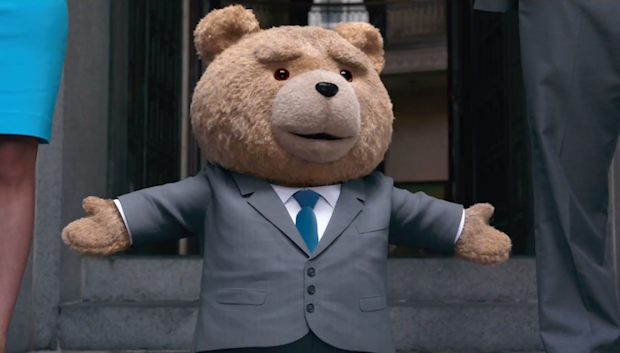 You should not rush out to catch this one in the theaters, it's a rental at best. If however, you find yourself searching for a reason to want to catch it aside from the Family Guy connection, catch it for Mark Wahlberg, who does his best and it shows. But he is not enough to raise the sequel to the level of classic status.
Rating
5.0
Pros