The greater the popularity of Facebook games like Farmville and Mafia Wars rises, the more gamers seem to hate the mere idea of Facebook games. Much like the Appstore, a lot of the games on Facebook are crap, but there are a select few which I found well worth checking out.

Robot Unicorn Attack started out as an addictive flash game in which you guide a robot unicorn through an endless gauntlet of floating platforms, it quickly gained a cult following and spawned iOS ports and a Heavy Metal Edition. The Facebook version of the game is pretty much a straight port but the graphics looked a bit sharper than I remember them, it also features leaderboards that allow you to compete with your friends. If you’re going to play any addictive score attack style game on Facebook, Robot Unicorn Attack is the one to play.

Lots of big game and movie releases have promotional Flash games, Dragon Age: Legends is not one of those promotional Flash games, its a good game in its own right.  Dragon Age: Legends is a 2D turn based RPG that plays a bit like one of the old Final Fantasy games on rails. The game is really easy to get into and has this “One more turn” feeling to it. The game also allows you to bring in your friends to help you out during combat which is quite cool. 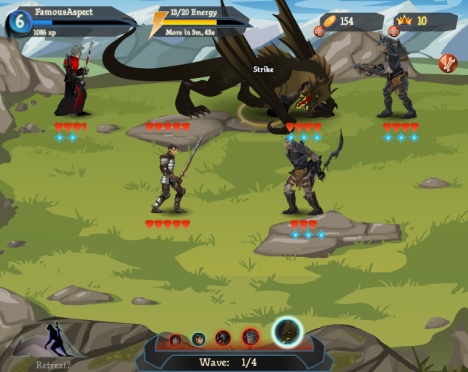 Monster Galaxy is a turn based RPG in the style of the Pokemon or Digimon games, and any gamer who likes that style of RPG will feel right at home with Monster Galaxy. The monsters you collect and battle in the game are actually based around Starsigns and this affects the whole game as different monsters with different starsigns have different attributes and abilities. 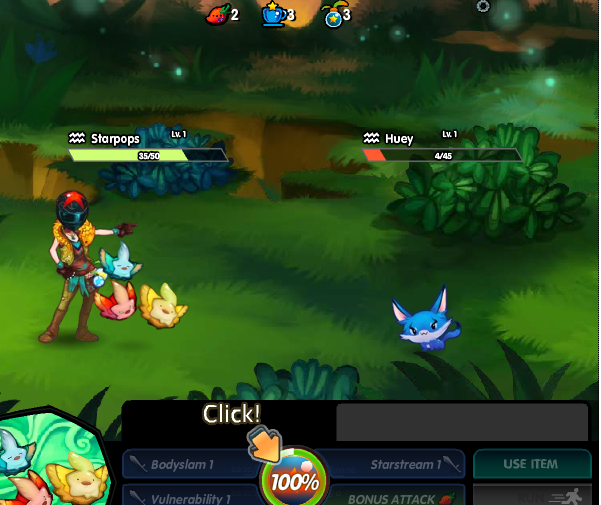 Raze is a cool 2D shooter game that reminded me of the old Unreal Tournament Flash games. It takes a lot of things from the Unreal Tournament games and any fan of Unreal's multiplayer shooter series will easily recognize the weapons that you have at your disposal. Raze runs quite well and there’s even a multiplayer mode for you to play with you friends.

The Internet is filled with numerous tower defense and zombie survival Flash games, Boxhead is easily one of the best I’ve played and it’s also got a Facebook version. It features a cool LEGO-esque art style and a perfect balance between the number of zombies on screen and your weapons. It also has cooperative multiplayer, so extra points for that.

The N game has been around for years and if you’re a fan of last years Super Meat Boy then you’ll wonder how you missed it until now. In N you control a ninja and have to make your way to the exit of each level usually by completing a gauntlet of brutal technical platforming or solving a puzzle of some kind.

As far as pick up and play games, you can’t go around without mentioning Bejeweled. I don’t care how hardcore you think you are, Bejeweled is still awesome fun and Blitz brings in some cool modifiers to the classic gem matching gameplay. As with all Popcap games on Facebook its also got support for leaderboards with your friends.

Crazy Planets is a nifty Facebook game that combines the gameplay of Worms with a cool art style and a unique sense of level design. While the core gameplay is straight out of Worms, it also features the ability to bring in your friends as teammates as you play through the fairly lengthy campaign. 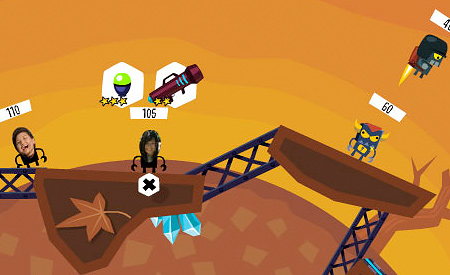 Deep Realms is an RPG in which you follow the classic RPG story of a farmboy rising to power and saving the world. The game features an isometric overworld for you to explore and combat is quite fast, despite being turn based. Deep Realms also features some neat Facebook-y mechanics that actually enchance the game experience rather than bog it down. 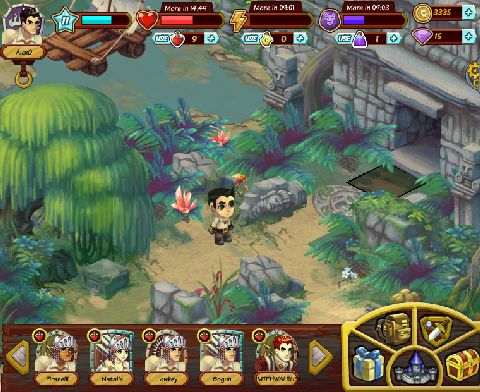 It’s Tetris. Who doesn’t like Tetris? There’s a bunch of different game modes and Facebook linked leaderboards, but I recommend playing it because it’s Tetris!