Tera: A new breed of MMO?

Bluehole Studio's upcoming MMO The Exiled Realm of Arborea, or Tera takes the fight beyond your typical whack-a-mole monotony with enhanced aiming, dodging, and tactical timing to create intense and rewarding combat. Unlike other MMOs, you can use your controller or keyboard and mouse to control the action like never before. With all the depth you expect from a traditional MMO, plus the intense gratification of action combat, Tera changes all the rules.

The thing that intrigued me about this particular MMO is the way they have redesigned the way we view online RPGs. Tera goes further than your usual point and click anatomy to draw the player much deeper into the fantasy world.  Of course, there will be aspects that all of us MMO lovers will recognize. However, I believe this to be a good thing, as MMO players like their comfort zones (I know I do!) when it comes to new games. You won’t have to learn a whole new dynamic, but you will have to change the way you play! 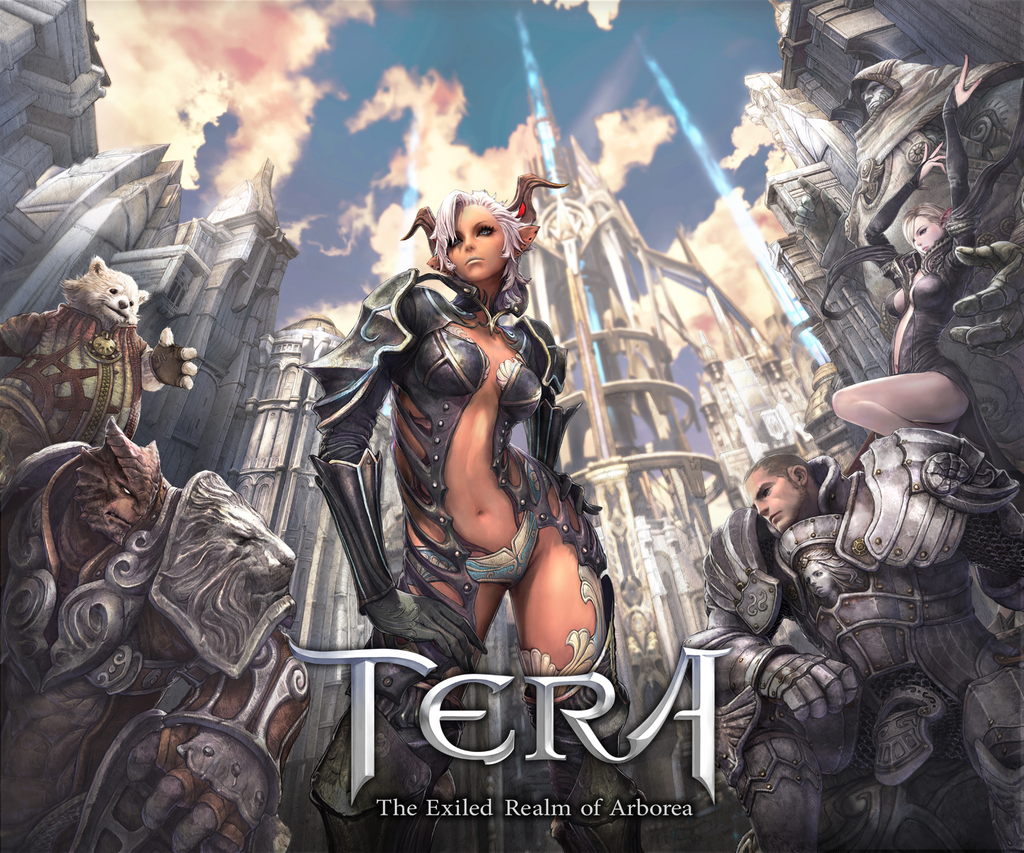 Tera features your typical megalithic monsters, but with a twist. The combat AI is far more intelligent than normal, meaning deeper, more complex and fascinating battles. When you start out, you may choose from 7 different races and eight classes. You will encounter and battle hundreds of monsters throughout 80+ zones, not to mention embarking on thousands of quests. The virtual world of Tera is rich with lore and history for your character to explore.  The user interface is far less complicated, and far more compact than that of World of Warcraft or Rift. You don’t have as many slot bars and other junk clogging the screen, leaving more space for you to view the beautiful world surrounding you.

Another aspect of this game I find interesting, is the way your enemies will change behavior. Monsters have tells, such as flashing eyes or changing colors. This says a monster is enraged, with more attack power and higher critical hit chances. It's much more likely to chase you until you’re dead.  However, this makes them far more vulnerable to your attacks. I like that they have added this difference to Tera, it makes things a bit more interesting, as you never know what is going to be around the corner.

The nice thing about Tera is that the aspects you would want to be the same are the same. For instance, your usual Tank, DPS and Healing group scenarios are still there. Whilst it is designed to be a solo or group game, you have an advantage (much like Wow and SWTOR) if you are in a full group.

Being the MMO crazed girl that I am, I am highly anticipating the release of Tera. I can’t wait to see how different it will be to play, and how the new, interesting aspects will pan out. Will it be a nice change? I think so, as MMOs haven’t changed for years. It’s about time someone did something to spice things up a bit!  Terra hits PC in North America on May 1st, and Europe on May 3rd.  It's currently available in Korea.