That’s Not My Dog! Review

"How long has it been since you laughed through a whole film?"
By: Russ Matthews | Movie Reviews | February 12, 2018
There is nothing more Australian than people coming around for a BBQ. These events involve asking all of your closest friends to come over and enjoy some food, drinks and a few jokes make for a great night. One of the most significant challenges for the guests is knowing if they are supposed to bring something along for the night. Sometimes the expectation is to bring meat or beverages or dessert, but what if the only expectation is for guests to have the funniest joke they have ever heard and to be ready to share it? If you have invited some of Australia's best comedians, this has the potential to be a ripper of a night. [caption id="attachment_102267" align="aligncenter" width="600"] 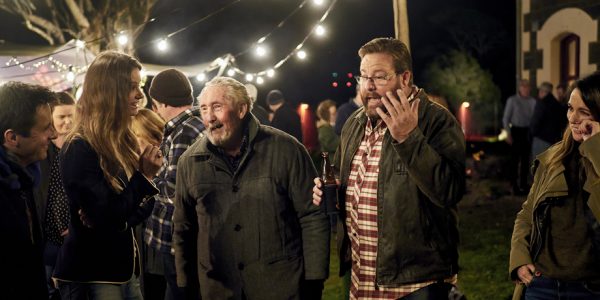 OLYMPUS DIGITAL CAMERA[/caption] Shane Jacobson (Kenny, Oddball) has managed to assemble some of Australia's greatest modern-day comedians to come around to his Dad’s (Ron Jacobson) place to share their best yarns. Since he is providing the food and libations, all he asks for is his mates to bring along some of the best jokes they know. If that is not good enough, he manages to complement the evening with some of the best Australian musicians to add to this night of jocularity. That’s Not My Dog! is a special invitation to see comedians, the likes of Jimoen, Paul Hogan and Tim Ferguson standing around sharing great bits while listening to The Back Sparrows, Russell Morris and other great bands play classic Aussie tunes. 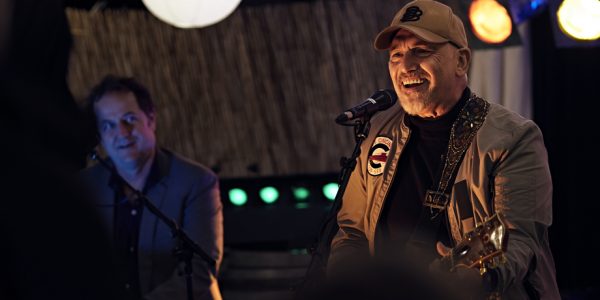 This film is an experience that brings together the best of a comedy concert and a mockumentary, Australian director Dean Murphy provides a wonderful behind the scenes look at a BBQ that any adult would want to be invited to attend. Great music and some of the funniest people from the Great Southern Land telling their best jokes. It's hard to think that laughter could be so exhausting. The film does manage to show the reality of comedy in that some jokes should have been left behind in the Holden, but the majority of the jokes are comedy gold. The overall set of jokes add something to the night and manage to deliver a natural flow between great one-liners and well-timed monologues. For those who may not have born on the shores of this sunburned country, this is a film that opens the door to the real larrikin spirit of Australia. The self-deprecating and abrupt manner of the entertainers provides a glimpse into what makes the population of this immigrant nation laugh. Who would have known that so many jokes could be told about male genitalia and that there are so many creative uses of the f-bomb? This question is a veiled attempt to say that this film is not for those with sensitive dispositions, but it is for those who want to know what makes the true blue Australian laugh and does allow audiences to let loose a few belly laughs. It is not for everyone but is a welcomed relief from all of the overly self-important films of this season. As a form of emotional release, an expression of joy, or even to laugh at a well-told joke, laughter is a gift that is underutilized in so many people's lives, and that is unfortunate. Laughter is a gift that should regularly be opened to be genuinely appreciated. That is no joke! \
Rating
7.0
Pros