By: Steven Chaitman | Movie Features | February 16, 2012
We're picky about our superhero movies here at Player Affinity. Since the turn of the century, the genre has unexpectedly gone places never thought possible in terms of critical acclaim and universal appeal. Having grown up with these characters, some of the world's best filmmakers have taken up these projects with an unparalleled passion: Bryan Singer, Sam Raimi, Christopher Nolan and more.

Yet with any exploding movie trend comes the bad and the ugly. As superhero films began to demonstrate powerful character development and cathartic action, audience's palates grew more sophisticated. The demand for these stories went up, yet some major studios mistook it for being quantity-related, not quality-related. The result was a handful of superhero movies that make up much of our list of worst superhero movies ever. But as much as we ridicule them, we secretly enjoy the opportunity to do so. And as much as this weekend's Ghost Rider: Spirit of Vengeance follows up a bad superhero movie, we're ever so curious to see how the sequel turns out anyway. I admire Ang Lee for wanting to tell the emotional story of The Incredible Hulk and for his attempts to honor the comic-book style on screen, but there’s a reason this Marvel hero’s catchphrase is “Hulk Smash!” Hulk doesn’t get the job done from the action perspective, so despite not being among the worst from a filmmaking standpoint (a 62% on Rotten Tomatoes), it ranks along the bottom from a crowd-pleaser standpoint. 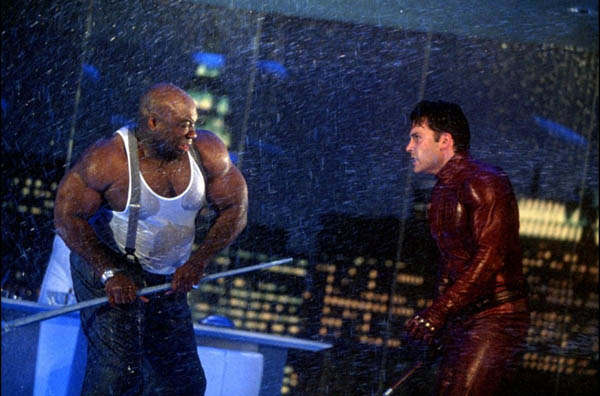 Well, 2003 was a bad year for superhero adaptations (aside from X2: X-Men United). After the early success of the “Spider-Man” and “X-Men” franchises, studios (especially 20th Century Fox) actively thrust other properties into high gear, but without taking into account what made films such as Spider-Man and X-Men good. For Daredevil, Fox went with a big name in Ben Affleck and threw together a lackluster cast of supporting characters, namely Bullseye (Colin Farrell) and the Kingpin (Michael Clarke Duncan), then cut all the dark and violent parts from Mark Steven Johnson’s film. The result wasn’t awful, but Spider-Man was the event of 2002 and fresh in audiences minds. Moviegoers have not since gotten over the letdown. 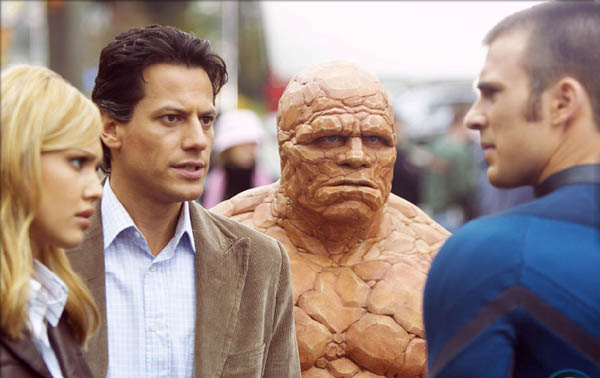 Perhaps the biggest failure of the aughties Marvel film adaptations (yet again under Fox’s supervision) was Tim Story’s take on Fantastic Four. The director of Barbershop and Taxi had no business making a superhero movie. Like other failures before it, the film suffered from a shoddy script and hollow characters. The exploration of the family dynamic was amateur at best and the whole film really came off as being for pre-teens. The casting of Jessica Alba ended up a misfire too, even if she looked good standing in her underwear on the Brooklyn Bridge. The sequel in 2007 was better, but only because of the Silver Surfer. 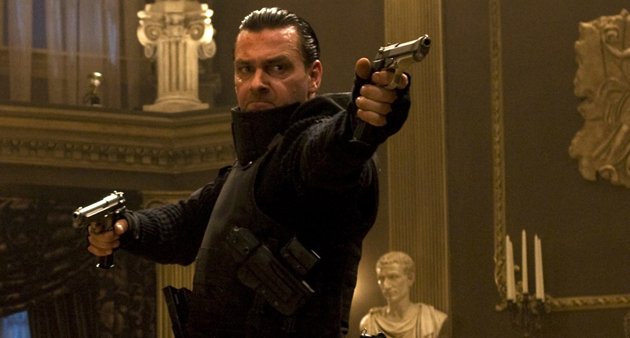 How the story of Frank Castle has failed to translate to the big screen is beyond comprehension. It’s a revenge story, people. Lionsgate screwed it up even more in this 2008 effort that went down as the least successful film based on a Marvel property. It made $10 million after opening on Dec. 5 that year ... worldwide ... total. Lionsgate yanked it after three weekends. Critics deemed the film a poor knockoff of an ‘80s action movie. 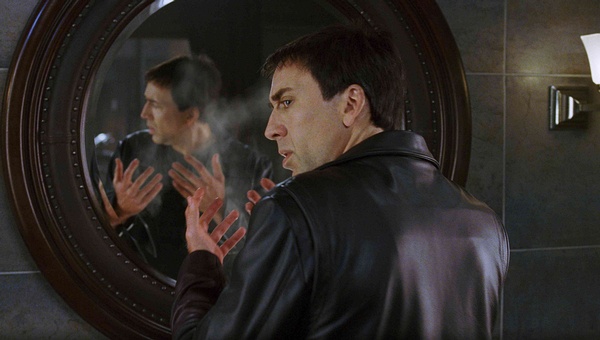 Apparently, Fox and Mark Steven Johnson didn’t learn anything the first time around with Daredevil. The two paired up again at the tail end of Marvel’s superhero film lull between 2003 and 2008 and delivered a very similar aesthetic full of hollow characters more soulless than Johnny Blaze himself. The film’s unremarkable $228.7 million worldwide gross gave Fox some pause, which led to the big gap between this film and this weekend’s sequel. Hopefully they learned from this mistake. 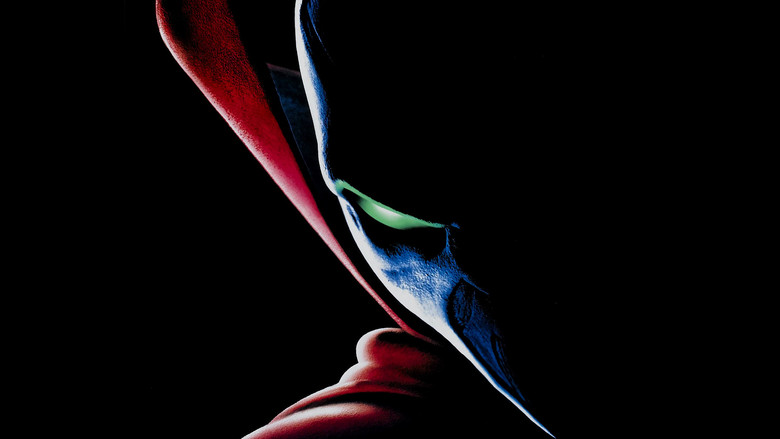 Spawn should have never been made in 1997. Although the special effects weren’t awful, Todd McFarlane’s comic was too dark and crazy to be given a decent adaptation in the late ‘90s, which had to be considered the absolute pit of superhero filmmaking. I don’t know if I just grew wise being 10 years old, but this was the first film during which I was cognizant of the attempt to set up a sequel. Good thing New Line spared us of it. 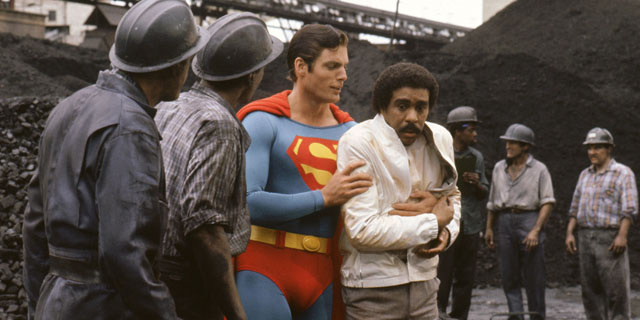 If you didn’t know that Richard Donner had basically directed Superman II, not Richard Lester, you could guess it after seeing how Lester did on his own. Producer Ilya Salkind is largely considered to blame for both the director situation and the addition of Richard Pryor, simply because he liked the comedian. Christopher Reeve’s performance is unsung, but the campy tone of this film when compared to its predecessors is shameful. The fourth film might be considered the worst, but comes as less a surprise after this one’s shortcomings. Lest we forget, the guys in Office Space used the same brilliant scheme hatched in this dud. 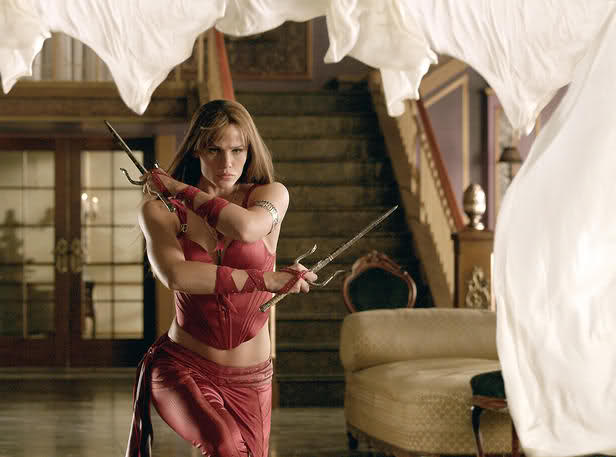 Spin-offs are a risky business, especially when you spin off a movie that people didn’t like. I love Jennifer Garner, but she got thrown under the bus here thanks to her contract with Fox for Daredevil. Let’s not forget her character died in that movie, so that had would-be fans puzzled from the get-go, as did the marketing tying it to X-Men instead of its direct predecessor. Elektra stands as a lesson to studios that audiences actually are picky when it comes to their superhero movies. 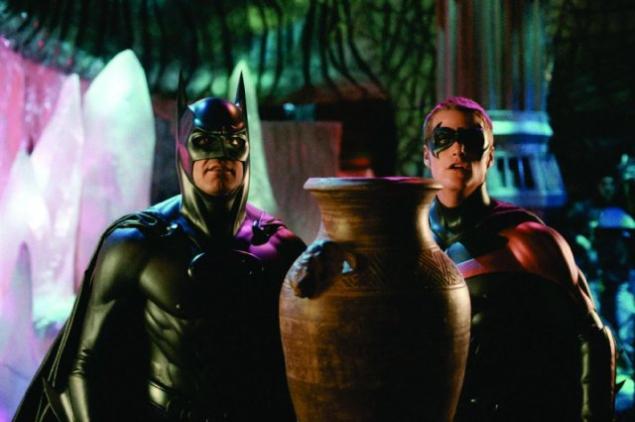 As I mentioned before, the late ‘90s were not a good time for superhero films. Studios didn’t know how to handle them, so Warner Bros. and Joel Schumacher gave us the steaming pile that was Batman & Robin. The drive behind these films at the time was giving the people a memorable display and making the story work around it. To drum-up audience excitement, the ‘90s “Batman” films had to have two villains, a writer’s nightmare, not to mention balancing the Batman and Robin dynamic. Top this one off with Alicia Silverstone as Batgirl and you can understand why writer Akiva Goldsman failed/didn’t care. Casting George Clooney speaks to the objective of this film better than words, and the dialogue, namely from Arnold Schwarzenegger as Mr. Freeze, says the rest. I won’t even mention Bane—oops. 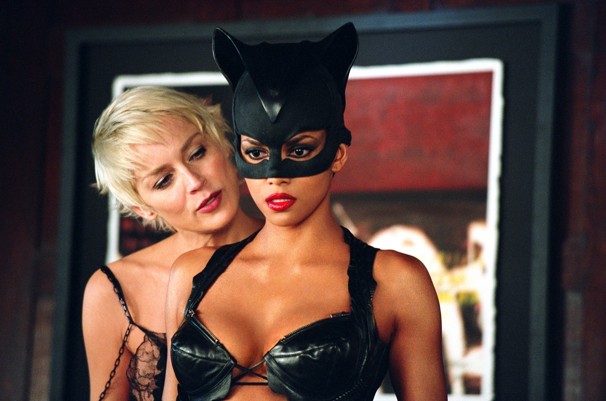 No, I personally haven’t seen this, but I pity anyone willing to admit they’ve seen enough of this film to challenge me on this one. Many would deem this among the worst movies of all time, let alone superhero films. Maybe I’ll find a way to watch it some time when I feel like assuring myself that I could in fact make a better superhero movie with $100 million at my disposal than French random Pitof.

At first, people were just upset that Halle Berry had jumped from the Marvel to the DC universe to portray another character, but soon her appearance in this film became the laughing stock of Hollywood and the general public. The Oscar winner’s career never recovered, either. One can only shake his or her head at the producers in the early 2000s who decided that lady-led superhero films should be spin-offs written without the least bit of concern for character or anything, really. Eventually, someone will dispel the stigma this and Elektra put on superhero femmes.