"This Wave is a bit on the Weak Side"
By: Steven Armstrong | Movie Reviews | January 30, 2016
And another one. The latest YA book adaptation makes its big screen debut. Enter: Rick Yancey's The 5th Wave. Any film based on a post-apocalyptic themed YA title has a lot to live up to in the wake of the Hunger Games series, which as far as these adaptations go, is pretty much the gold standard and the The 5th Wave is fails to live up to its competitor. It's amazing to see how the further removed we are from the Hunger Games movies, the less genuinely entertaining these adaptations seem to get. No one is saying that these adaptations should be exact and literally by the book because frankly, that is not what makes a good movie. However, we are asking for them to be well made in a way that does not induce more eye-rolls and annoyed sighs than it does thrills and excitement. The basic premise sounds easy enough to understand, even if you have never read the book. Young teenager Cassie (Chloë Grace Moretz) is living a normal life as a high school student with her friends and close-knit family. She has a crush on a boy, Ben Parish (Nick Robinson), but is too afraid to say so, she comes home from gatherings with her friends and is not too cool to take a moment to sing a song to her little brother Sam (Zachary Arthur). She's a good daughter, good sister and she has a good head on her shoulders. One wonders what she might have done with her life were it not for the day that everything changed. 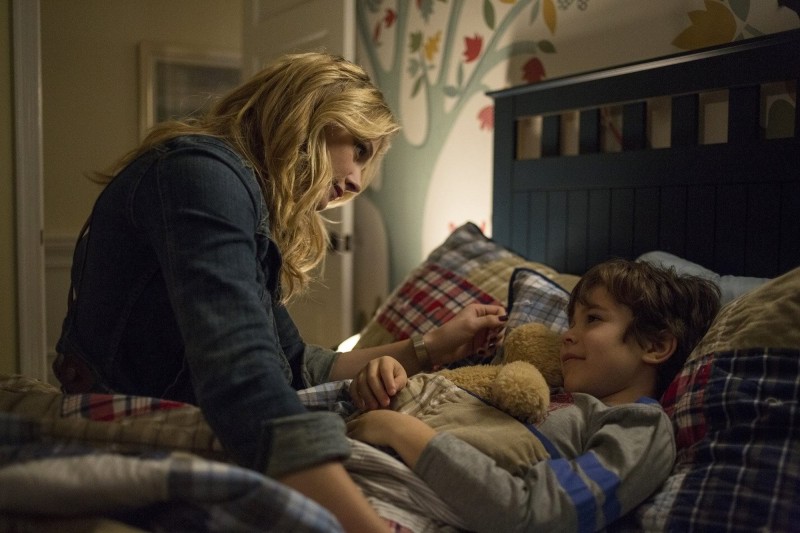 An alien invasion hits Earth in the most coordinated manner; a series of waves that include electromagnetic pulses which destroy all power on the planet, earthquakes and massive tsunamis that obliterate costal cities, a terrible virus designed to kill anyone else who survived the aforementioned dangers and of course, another more sinister threat that survivors of the attacks have to contend with; and the people of Earth have no way to be ready for it. Naturally, there are many casualties around Cassie and it soon becomes paramount that she look after her brother at all costs. When the two are separated, the driving force behind Cassie's actions becomes about her finding and protecting Sam. Simple enough, right? Good. The next thing we are to expect in a film like this with a young female lead, is that she will somehow come into contact with one or more disarmingly attractive players of the opposite sex. Cue the eye-rolling. Along her journey, Cassie meets a mysterious stranger named Evan Walker (Alex Roe), who does his best, but cannot seem to manage not being annoying and unintentionally patronizing. Much of the interactions between the two are probably the most irritating aspect of the film, despite their attractiveness and chemistry. There are way too many pauses and stares, the movie seemed to go out of its way to make spaces for the two of them to look longingly at one another. Why must there always be a love story in one of these pictures? Are they necessary? Couldn't the story be told straight? It is in no way essential to Cassie's choices in the story; this is about her relationship with her brother and making sure he is safe. The love story here feels very much like fluffy filler stuff as opposed to the hearty meat it should feel like. 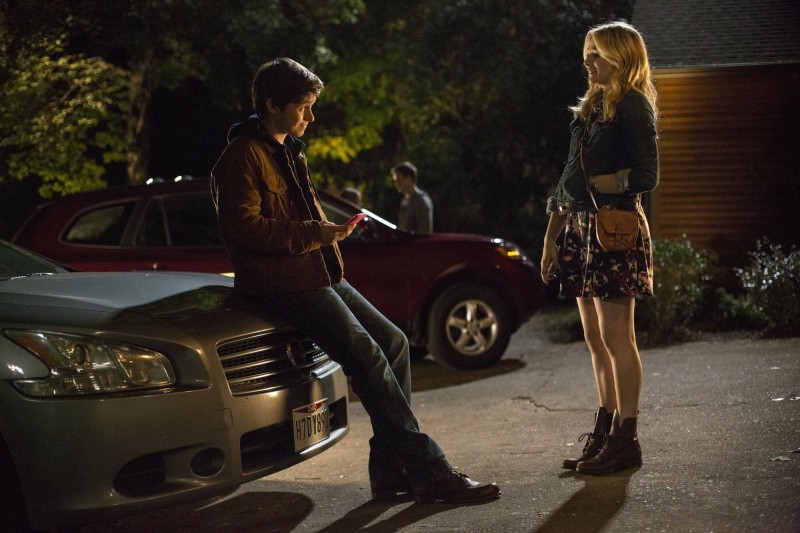 A larger problem with the film though, probably comes down to the screenplay, cooked up by Susannah Grant, Akiva Goldsman and Jeff Pinkner. Each of whom come to the table with some pretty strong credits to their names. Sure, it was a well-intentioned effort, but there are too many inconsistencies and unbelievable aspects that hurt the credibility of the situations of the film, which deserved better. Perhaps it might have helped in this instance to have Rick Yancey, who is no stranger to screenwriting, get involved in some of the action, like Suzanne Collins did with the first "Hunger Games" movie. If for no other reason than to help ensure that this first film in a presumably planned trilogy, would arrive with its feet under it. The script delivers any twist or interesting bit of information with a lack of finesse; the actors simply spat everything out in expository dialogue, which left no room for the audience to actively participate in the experience of the story; we were being force-fed everything. Being force-fed makes it hard to care about the characters. The same can be said for any reunions that should carry weight. When they happen here, it almost means nothing since everything seems too easily figured out; a point that deals with just how contrived nearly every piece of this film is. Again, a writing issue. This is not an outright awful film - it just feels a little mishandled, which results in an annoying experience. There are a handful of things that provide a glimpse into the kind of strong film this could have been. The very small bits, such as an extended shot of little Sam's teddy bear in the middle of a dirt road, with a convoy of army vehicles rolling off in the background is a provocative image that calls to mind similar real-life scenes from war-torn areas of the world where children have become casualties of the fighting. Particularly interesting here because a significant portion of this film deals with child warfare. Kids and young adults are being trained by the army to fight the alien threat. Imagine how heavy that must be. Instead of capitalizing on the inherent weight provided by such a theme, the film simply glosses over it. It makes everything feel like a videogame, which lends itself to a certain degree of detachment. Another wonderful and poignant moment in the film takes place before the kids are sent into battle; it lasts less than a minute and deals with young Sam singing with the team leader Nick, which conjures up thoughts of some of the great intimate moments in other war films where before a great battle, the soldiers huddle together and enjoy one last night of safety and comfort before they possibly die in battle. Moments like these deserved stronger support from the rest of the film. 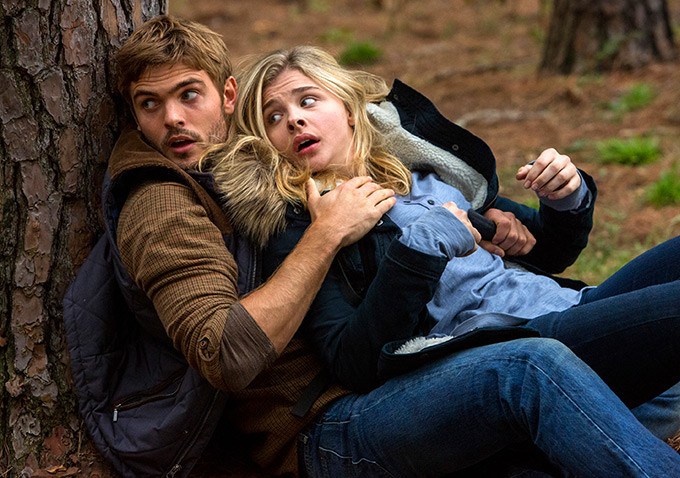 Chloë Grace Moretz, bless her heart. She is another one of the few good things about this movie. She does the best she can, tries her hardest and manages to turn in a decent performance in spite of some of the situations she was put in. She brings strong conviction and displays some fantastic acting moments in the choices she makes, but as good as she is, even she cannot save this picture. The 5th Wave does manage to be inspired in the ways that Moretz's character inhabits the world. The movie breaks away from the mold of the lone savior a bit. Cassie is just like everyone else trying to survive, at least for now. She is not set up as the only person with special gifts and that is refreshing. Perhaps fans of the book will enjoy this film. Even the average moviegoer might get a kick out of it. The premise is interesting and compelling enough to keep people watching for a bit. That said, the film moves close to the point where it tries one's patience as a viewer. You might want, even hope, that this movie will work itself to a place where it delivers a punch worthy of the great concept presented here. Unfortunately though, it does not. Here's hoping that the inevitable sequel does better.
Rating
4.5
Pros