Hell came to the PC a couple of weeks ago and it sold pretty well. If you haven’t been living under a rock, in regards to PC gaming, then you know that I am referring to the long anticipated AAA title from Blizzard - Diablo III. The dungeon crawler came with quite a lot of baggage that caused a large amount of public backlash. The controversial issues that got the PC community all in a tizzy revolved around two things. The first was a real money auction house where players could sell in game items to each other for real money and Blizzard would take a small cut of that. The second was a consequence of the first which requires that all players be connected to the internet and interact with only Blizzard servers while playing the game. 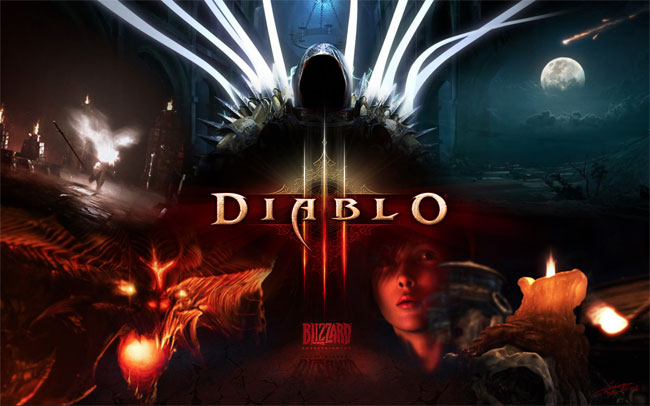 A constant internet connection wouldn’t have been an issue had it not been for the fact that come 12:15am on May 15th the servers were having (expectedly) a ton of traffic issues. This restricted access to the game since it was necessary to use their servers to play and with no offline option to play with gamers became upset. Suddenly the internet was on fire with vengeful naysayers throwing comments around such as “This is ridiculous, Blizzard has ruined a great single player IP by destroying it with DRM”. With this much outrage sales must have taken a serious hit combining not only the nerd rage from the prelaunch things and then the launch issues.

Let’s look at sales. Diablo III sold 3.5 million copies in the first 24 hours which does not include the 1.2 million that bought the game as part of the WoW Annual Pass package. These sales numbers make Diablo III the largest PC launch ever. The first week saw 6.3 million copies fly off the shelves and numbers are steadily rising. Despite all the issues and problems surrounding the game, it seems as though it has risen above any negative predictions people had for Diablo.