"A story about an affair that did not need it to succeed"
By: Russ Matthews | Movie Reviews | April 11, 2019
Death has its revelations: the great sorrows which open the heart open the mind as well; light comes to us with our grief. As for me, I have faith; I believe in a future life. How could I do otherwise? My daughter was a soul; I saw this soul. I touched it, so to speak. Victor Hugo  There seems to be no shortage of narratives that find their origins in the World War II era, including the time of the rebuilding of Europe after the end of the war. Rhidian Brook's novel utilises the backdrop of a devastated Hamburg, Germany as a metaphor for the impact that the fighting had on the families, marriages and lives of the people of Europe. 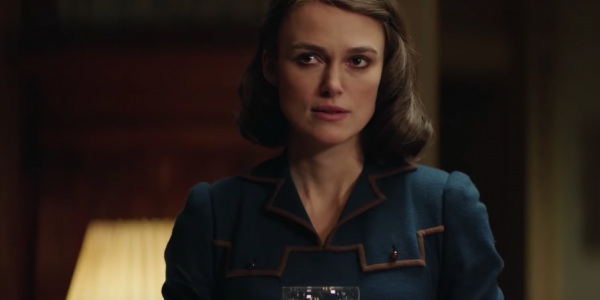 The German city was bombed more in one weekend at the end of the war than London had experienced since the beginning of the blitzkrieg. After the surrender of the Nazis, Great Britain had been given the responsibility to restore this German metropolis despite there being very little left to salvage. Colonel Lewis Morgan (Jason Clarke) is the head of the British Forces in the city and has been afforded one of the remaining homes to utilise as his residence during the restoration period. He chooses to have his wife, Rachel (Keira Knightley), join him in Germany while he is stationed in the country. The home belonged to architect and widower, Stephen Lubert (Alexander Skarsgård) and his daughter, but they had to give over their ownership to the British government after the war.  Colonel Morgan was under enormous pressure to maintain peace in the city and find the means of getting Germany back on its feet. Despite the immense levels of stress, he still found the time to show mercy to the fallen enemy. He decides to allow the Luberts to live in another portion of the large house, even though Rachel fought against this decision. The two families operate separate lives while working through their own levels of suspicions, loss and grief. When Lewis must leave for a few days to address an uprising outside of the city, his wife manages to move past her hatred for the Germans and eventually finds solace for her pain in the arms of Stephen. Their relationship leads to gossip and trouble for the Morgan’s marriage and to Lewis’ future as the leader of the British forces in Hamburg.  The shelled-out buildings of this decimated German city to provide a perfect canvas for director James Kent (Testament of Youth) to paint a picture of each character's life. From the Morgan’s marriage to the misery experienced by the Luberts with strangers living in their home while grieving the loss of their mother and wife, the set up is visually brilliant. Unfortunately, something happened in the process of choosing the right colours to fill in the story and lack the vibrancy needed to bring forth a masterpiece.  The fault does not seem to be in the overarching story, because the threads of grief that both families experience are a rich vein of emotion that need healing. Watching Knightley, Clarke and Skarsgård work through their loss in unique and varied ways was compelling and made for great cinema, but oddly these performances were diminished by the affair. 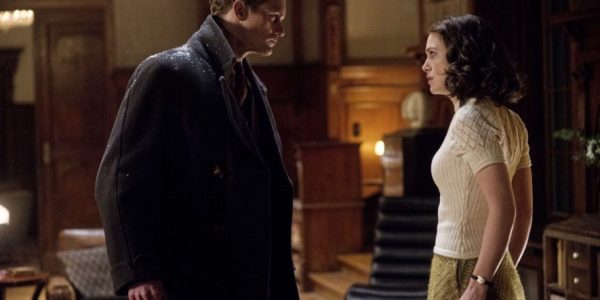 The difficulties and believability in the script come because of this unnecessary relationship. The speed of their romantic connection and their lack of chemistry undermines the whole production. Understandably this is at the heart of the story, but the entire set up felt manufactured and led to a less than satisfactory conclusion. The logic of the families sharing a home does not make sense afterwhile and what husband would leave their wife alone with Tarzan? Not that the relational tension could not have occurred, but the romantic fling did not need to occur to make for an intense drama. The Aftermath becomes a victim of its own central plot point. Audiences may go because of the relationship between two of the lead actors, but surprisingly this is the least interesting component of the film. (The Aftermath contains nudity, a sex scene and graphic war images)
Rating
6.0
Pros