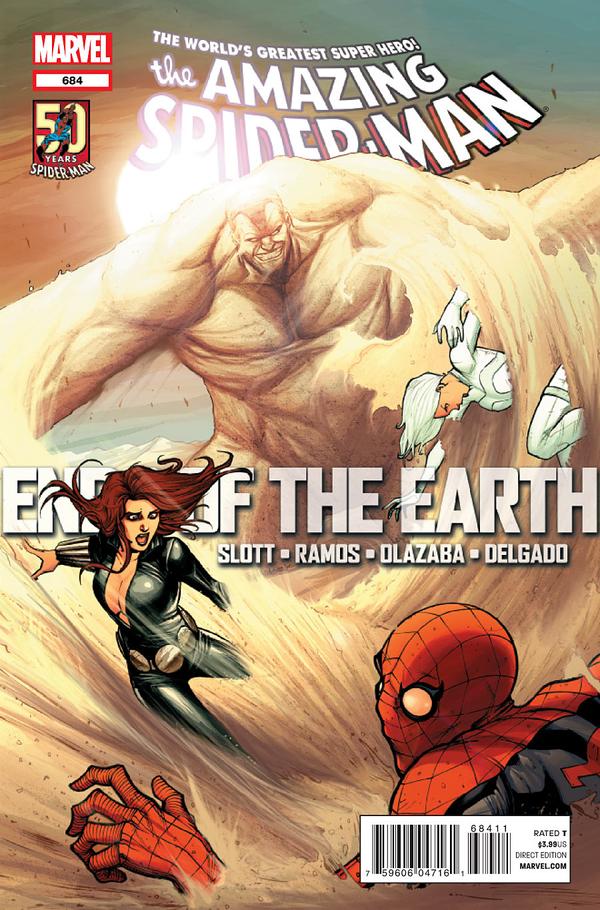 Right now we are right in the middle of the story arc of Ends of the Earth. This is the big story arc with the Sinister Six and Dr.Oct having one more big plan to be remembered. I have been loving this story arc so far and I hoped that I would love this issue as much as I loved all the others.

I thought the cover was great for this issue. The art was beautiful and the concept was also great. They showed exactly what happened in this issue and made me excited to buy this issue. The best part about this cover was Sandman. I loved how he filled up the whole cover, especially because he is one of the main focuses in this issue.

In this issue Black Widow, Spider-man, and Silver Sable team up to try and ruin Dr. Octopus’s plans. They come along a speed bump when they go to Dr. Octopus’s laboratory and there are no satellites to be found. To make things worse when Spider-man and the others try to escape, Sandman is there to stop them.

I really enjoyed this issue. I think Dan Slott has a great handle on the progression of this story arc. With big story arcs sometimes it takes about 3 issues for the story to progress. But, Dan makes something big happen in every issue, which I always think is very important for a big story arc. We always get hyped up for big story arcs. So, you want to be hyped up for a reason.

The team up was another great element in this issue. I thought Black Widow, Silver Sable, and Spider-man was a perfect team up for this mission. They worked very well together. They all had a lot of great chemistry with each other to work well enough as a team. 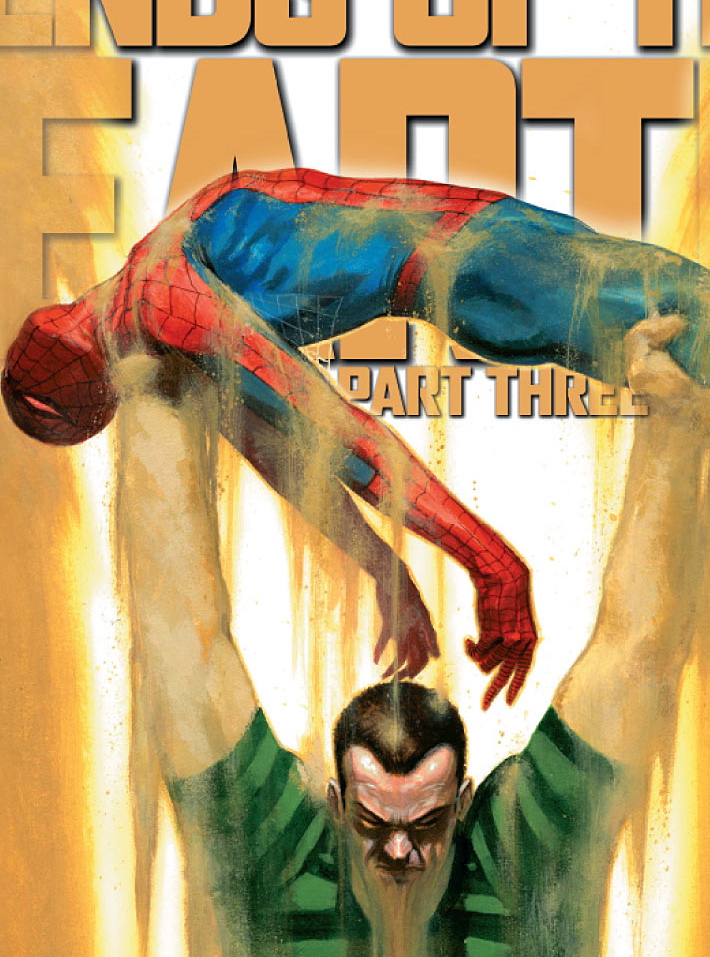 The art for this issue was great. Ramos makes the art abstract, but it still fits the style of this comic book. I always love to see when Ramos is doing an issue. He is one of my favorite artists for the Amazing Spider-man. He especially did a great job for Sandman in this issue.

This might have not been the best issue for the Ends of the Earth, but that does not mean this issue was not awesome. With every issue of Ends of the Earth I thought everything was done perfectly. The only thing I disliked in this issue was that all the Avengers still were down from the Sinister Six’s attack from last issue. I understand the Sinister Six is strong enough to bring down the Avengers for a little while, but I did not expect them to still be down in this issue. I just think they are much stronger than that. So, I say pick this issue up and read this story arc!