By: Steven Chaitman | Movie News | February 7, 2012
The last couple weeks, Sony has made a big move with its marketing campaign for The Amazing Spider-Man, a reboot, for all intents and purposes, of the "Spider-Man" franchise. After a tepid response to the first teaser, Sony has now begun plugging the film as "the untold story," a move to highlight the film's mystery subplot of what actually happened to Peter Parker's parents and assure casual moviegoers that they are seeing a completely new take on the "Spider-Man" mythos.

This new trailer go so far as to avoid showing any hints of Spider-Man's origin story at all. Rest assured they haven't left it out, but it does make Peter Parker out to be trash-talking bad boy Peter Parker, not quiet nerd Peter Parker. 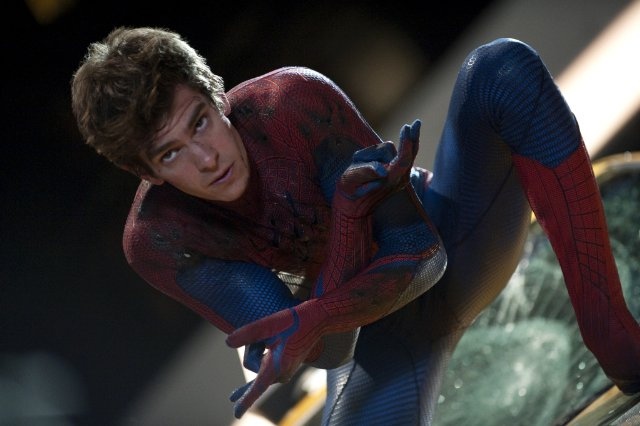 Sony has also begun rolling out sneak peeks to get the word out about this film. I would imagine they're very happy with it and from this new trailer I can see why. Director Marc Webb's mostly stunt-driven action sequences pay off, giving Spider-Man a much more believable and uniquely elastic fighting style compared to the Sam Raimi films, which in many ways pioneered CGI in superhero films but was more of a standard glory-shot depiction of the web-slinger.

I can't say I'm sold on the Lizard, however, at least from a CGI perspective. I do have faith that Rhys Ifans and the script will make him a strong and complex villain, but he looks kinda hokey. The other characters also seem passable, with Dennis Leary providing your typical blue-blooded "the law is the only law" superhero film performance. The trailer also shows more of the humorous side of Andrew Garfield and Emma Stone as Peter Parker and Gwen Stacy, when you know them capable of the dramatic work.