‘The Avengers’ Gets Wide Release this Weekend 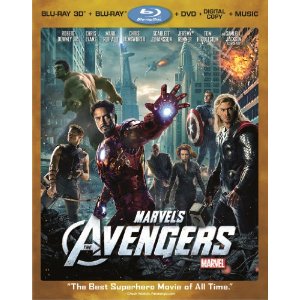 Happy Labor Day! Marvel Studios and Disney have announced that they will expand this summer's mega-hit The Avengers into about 1,700 theaters for Labor Day weekend in a final attempt to improve upon the film's $617.8-million domestic gross and its more than $1.4 billion worldwide.

The announcement comes from the film's Facebook page and reminds fans to stay until after the credits. Other than the Thanos tease and shwarma scene — which everyone knows about by now — is there something else to be expected?

Financially, the blockbuster won't break any record milestones with the move; it's the No. 3 movie of all time, but well behind Titanic and Avatar, especially around the globe. It might have a chance to catch Titanic in North America, but that's still slim. More likely, it gives Disney a chance to pump up the film's DVD/Blu-ray release on Sep. 25.

At the very least, folks who are still mourning the loss of the summer can prematurely recapture some of that nostalgia. That said, this weekend has a notoriously poor reputation for box-office receipts given that it's a time for family vacations, barbecues and all kinds of get-togethers.