Just when it seems Marvel rolls out of favor with geekdom and fanboyhood, it swims right back in it. Deadline writes that beloved sci-fi writer, director and producer Joss Whedon (creator of Buffy the Vampire Slayer and Firefly) is said to be in the final stages of negotiating for creative control over 2012's highly anticipated Avengers movie, which will bring together Iron Man (Robert Downey Jr.), Thor (Chris Hemsworth), Captain America (Chris Evans), Samuel L. Jackson (Nick Fury) and in all likelihood many more for superhero epic-ness. 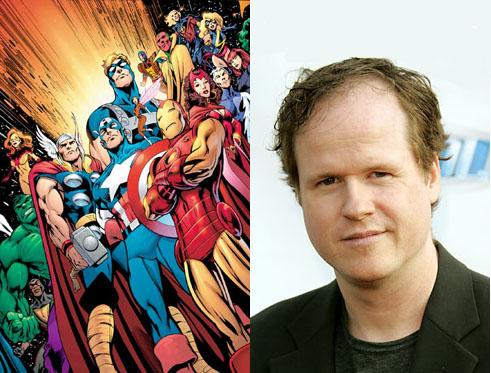 Whedon's greatest success has been with television. "Buffy" was obviously a phenomenon and it spawned a spin-off, Dark Angel, while Firefly was the most successful sci-fi series that didn't last very long but led to the enjoyable film version, Serenity. Whedon also piloted Internet sensation Dr. Horrible's Sing-A-Long Blog which helped make Neil Patrick Harris a household name once again.

In other words, the guy makes likable stuff, just not all of it takes off. Case in point, Firefly and Fox's recently-cancelled Dollhouse were likable shows, they simply lacked wide appeal and marketability. If you're still not convinced, he spent his early years writing for Disney and one of his screen credits includes being a writer on none other than Toy Story.

Whedon has been rumored for the job for awhile, but things appear to have gone better this time than they did with D.C. Comics back when Whedon was attached to bring Wonder Woman to the big screen. Jumping on the Marvel ship is always the best way to respond to that situation and he had a foot in with his writing contribution to Marvel comic The Runaways (nothing to do with the chick rock movie currently out) which is set to be turned into a movie by Peter Sollett.

It would not surprise me if Whedon ends up script-polishing or doing some re-writing as he's almost always directed his own work. It should bother no one. The Avengers will give Whedon's work the automatic mass appeal it has always deserved but not always gotten. After 2011 gives us Thor and Captain America, the buzz will only escalate for this project -- assuming those two score big as well.