Let’s clear the air on something right away. This book has nothing to do with the Cape TV show that was cancelled by NBC. Perhaps if NBC had made this comic into a show then they wouldn’t have cancelled it. Because of all that I think this was a much overlooked issue from IDW and creator Joe Hill, which is unfortunate because it’s probably one of the best comics I’ve read in my entire life. If you've ever tired reading comics or even thought about it, then pick this issue up. If it doesn't make a comic reader out of you, then nothing will!

The story begins with two boys by the name of Nicky and Eric playing superheroes in the backyard. One of the boys, Nicky, is The Streak and the other Eric is the Red Bolt due to the red bolt sown onto his cape. As the two boys play a branch gives out underneath Eric, but instead of falling to his death Eric’s cape actually keeps him flying in the air. Too bad he panics and his cape rips from the clothes pin and he falls to the ground landing onto top of the branch which stabs through his shoulder. From there we follow Eric through his life full of pain from the injury. We see his relationship develop with his first girlfriend and the self-loathing pity that Eric lives in, never really growing up and always full of excuses. 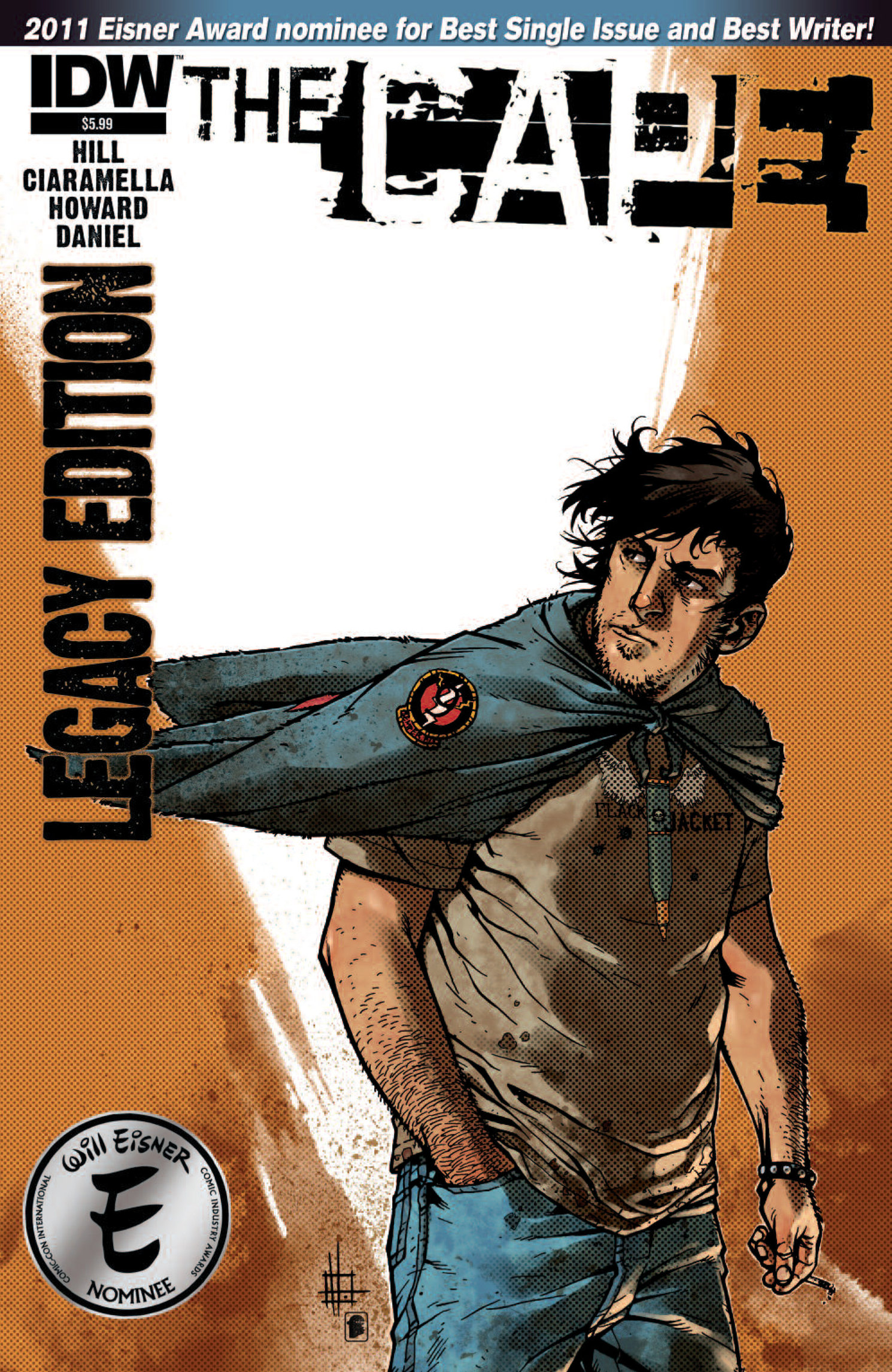 There is so much more to this story and the ending is quite frankly brilliant. It will catch you off guard and surprise the crap out of you so much that you’ll read it again and again to make sure that what happens in the book is real in terms of the story. Writer Jason Ciaramella does a great job of adapting Joe Hill’s original short story in a way that makes it work with the medium. In fact reading the issue made me curious as to why it ever was written as a short to begin with and not made for the medium that was perfect for it. Ciaramella does a great of making Eric into a like-able loser that you can’t help to either understand or relate to. Eric is humanized so much and that’s where the shock of the issue comes into play.

The art by Zach Howard is perfectly matched for the book. His gritty pencils make the book look real and he’s able to capture the different ages of Eric throughout the book, to again humanize him all the more. Colorist Nelson Daniel does a great job of capturing the tone of the book with the mostly earth tone color set he uses. Colorist and Penicller are perfectly balanced to help tell a very visual story and drive home the emotions of the story.

I actualy read the first edition of the book, but when the Legacy Edition came out I knew I had a second chance at telling everyone about it. Pick up the Legacy Edition before the four issue mini-series launches. You could grab an overpriced first print off the internet; which is the price you pay for missing out on one of the best single issues in modern comics. Of course you won’t know that until you read the issue for yourself. If you hear people talking about how great it is, they are telling the truth because this comic is amazing and definitely one of the best of 2011