"The self-discovery of two women "
By: Russ Matthews | Movie Reviews | April 24, 2019
One aspect of cinematic history that most modern audiences do not have much exposure to would be the silent movie era. Besides legendary figures like Charlie Chaplin and Buster Keaton, few people would know that there was a vast number of movie stars who influenced a whole period without a sound. Louise Brooks (Haley Lu Richardson) had an iconic look that propelled her into stardom in over 20 films in the 1920s and 1930s. The Chaperone relies on the actresses memoirs and depicts the initial step in her performing arts career when she and her guardian travelled to New York City from Wichita, Kansas. 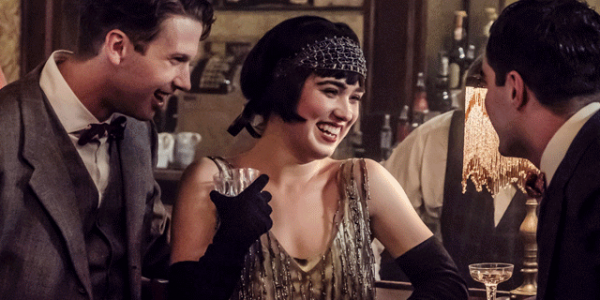 Louise was an accomplished dancer and had been allowed to attend one of New York’s most prestigious dancing schools. Since she was only 16 years of age, her parents insisted that she have a chaperone to watch over her while she was trying out for the dance troupe. Norma Carlisle (Elizabeth McGovern) is an acquaintance of the Brooks family and sees an opportunity to help out the young dancer while providing an excuse to travel to New York. Initially, the two women have a distant relationship and even though they live a small apartment together, they do not really know one another. Louise wants to spread her wings and discover all that she can in the big city and Norma desires to find the answers to her past as an orphan. They both adhere to their responsibilities, but occupy different worlds during the day. Eventually, their histories, their current plans and each journey of self-discovery collide, which leads both of them to confide in one another the next steps in their lives. One desires to become a light for the future and another to make up for her mistakes in the past. Even though the story occurs close to a century ago, it proves that there is truly nothing new under the sun. If all of these things did happen to Louise Brooks and Norma Carlisle during their short time in New York, they managed to live a lifetime of experiences in a few weeks. What looks to be a fascinating look into the past of cinematic history turns into a statement of how the human condition has not changed over the years. The social issues addressed in this film become overwhelming and turn this from a historical journey into a fantasy world. The story is penned by Academy Award writer Julian Fellowes who seems to touch on every contemporary issue in this docudrama with an apparent disregard for historical context. With the inclusion of topics like the Ku Klux Klan, homosexuality, child abuse, adoption identity, racism and polygamy, the film manages to lose all perspective and becomes a tangled web of confusion. [caption id="attachment_105001" align="aligncenter" width="600"] 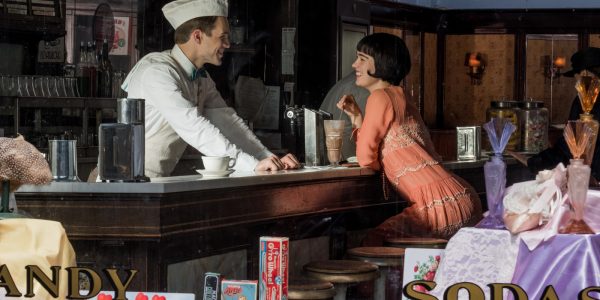 In The Chaperone, Louise Brooks (Haley Lu Richardson) seeks a future as a dancer in 1920's New York[/caption] Early on in the film, it is evident that this is more about Norma Carlisle’s self-discovery than of her ward. Elizabeth McGovern does her best to maintain the poise needed to fulfil her role in the film and as the chaperone to a rebellious teen, but even she eventually gives into this convoluted story.  Also though Haley Lu Richardson tried her best to play the teen star, her maturity and poorly fitted wig made her age less believable than the rest of the overall storyline. What looks to be a promising option for anyone looking for a historical opportunity at the cinema, this was an exceptional disappointment. For anyone looking for a reimagining of history and a journey that becomes fantastical with each passing moment, this may be the best film for you, but it might be better if you bring a chaperone.
Rating
3.0
Pros