"Yawn... Young Adult Fiction. Teen novels written to teenagers by teenagers. "
By: Russ Matthews | Movie Reviews | August 27, 2018
Is this the end of dystopian, young adult fiction? The Darkest Minds is another trio of young adults who have been forced into segregated elements of society. They must overcome an oppressive government and work together to find a secret utopian society while bringing down the villainous overlords. A formula that has been working its way through cinemas over the past few decades in the form of The Hunger Games, The Maze Runner and Divergent. There have been less successful examples of this genre, but with the release of Alexandra Braken’s series, the formula seems to have worn thin and leads to the conclusion that this genre has run out of ideas and purpose. 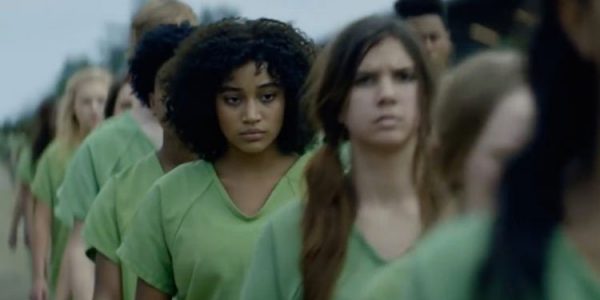 Audiences are introduced to Ruby Daly (Amandla Stenberg), who lives during a horrific time in American history where the majority of children are dying inexplicably of a disease known as Idiopathic Adolescent Acute Neurodegeneration, or IAAN. The remaining children are being isolated in camps to protect them from exposure or to determine if they are the carriers of this vicious ailment. Before being interned to an installation, Ruby lived a wonderful life with loving parents in Virginia and despite being a survivor, she must leave behind her family at the age of 10.
While in the facility, she comes to realise that most of the surviving children are harbouring specific supernatural gifts which means they are segregated into different factions for the benefit of study and to protect society. Ruby has to hide her gifts of telepathy and mind-control and after being imprisoned for over six years, she is miraculously freed by a group called the Children’s League. Soon she finds herself on the run from authorities with three other teens who have different skills ranging from telekinesis, high levels of intelligence and having the ability to manipulate electricity. The band of talented misfits use their skills to make their way across the country to find the utopian society called EDO that is led by Slip Kid, while bounty hunters and the authorities attempt to bring them back to the internment camps. 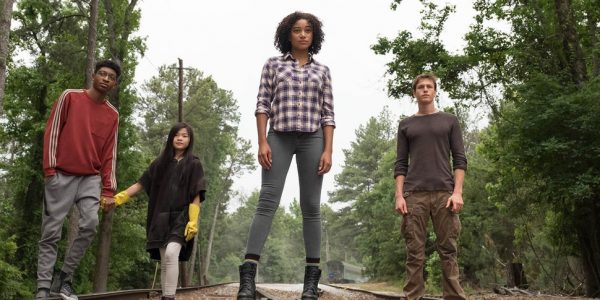 With whispers of the dystopian worlds of The Giver and even X-Men permeating this storyline, the two issues that this film suffers from is lack of originality and lack of identity. Each element of the story borrows from other examples of young adult fiction and even though Amandla Stenberg does provide a strong performance in the lead, the predictability of the script and characters become laughable. Also though there are opportunities for intriguing characters like Gwendoline Christie’s (Game of Thrones) Lady Jane or key figures in each faction to be developed and complement the plot, most are left with little purpose within the whole of the story. The drama takes distracting comedic turns and the stereotypical love story becomes awkward and forced.
Beyond the predictable nature of the script, there is an underlying confusion with director Jennifer Yuh Nelson’s film (Kung Fu Panda 2 & 3). The trailers are reminiscent of an origin story for a future superhero franchise by including teens with superpowers, a societal fear of these gifted children and this small group desiring to find sanctuary. Which all sounds familiar until they arrive at a strange 'summer camp' experience, but this utopian centre eventually leads to more confusion to the plot and what message the film is trying to communicate. This aspect is coupled with a bizarre dystopian world where everything looks clean, fresh and no-one ever seems to need a haircut and there appears to be a vast amount of food, ammunition and petrol for the world to operate. In the end, along with all of its other faults, one of the key signs this film lacks any identity is that the name of the film was never explained.
The Darkest Minds may not be the end of this genre, but it does seem to signal that this may be the beginning of the end. In the attempt to piece together the best parts of all of the films that came before, it becomes a hodgepodge of misadventures where most scenes lead to more unintentional laughs than purposeful drama. As an after-school television special for teens, this film may have worked, but as a worldwide studio release, this film is hard to take seriously.
Rating
2.0
Pros