The Decline of Live-Action Talking-Animal Movies

Now that you’ve had a paragraph break to dab the mist in the corners of your eyes at the mere mention of the 1993 classic featuring Chance, Sassy and Shadow, I can evoke your anger at the destruction of the live-action animal film, let alone the ones where the animals move their mouths and famous actors’ voices come out.

Domesticated animals have slowly devoured the genre of family films since the '90s. Even if a movie centers on a family, there’s always a pet. Pets are funny — they cause shenanigans. I wouldn’t be surprised if the word shenanigans was invented in reaction to an act of pet mischief.

Pet-centered films became a consistent sub-genre in the ’90s. I don’t think Hollywood realized just how big the market was for animal movies (or that enough well-trained pets existed for them to be made consistently). That’s strange, because CBS had a little television show called “Lassie” that ran for 20 freaking years. I guess it should come as no surprise that television piloted the first talking-animal anything in “Mister Ed,” which features a talking horse of course, of course. The only other classic notable is Disney’s Old Yeller. Disney definitely understood the value of the pet to family entertainment.

The films of the early ’90s understood this too. In 1992, Universal jumpstarted the genre again with Beethoven, which introduced the mischievous pet motif in the form of a lumbering St. Bernard. Then there were the “Air Bud” movies and their direct-to-video sequels, but that’s another story. 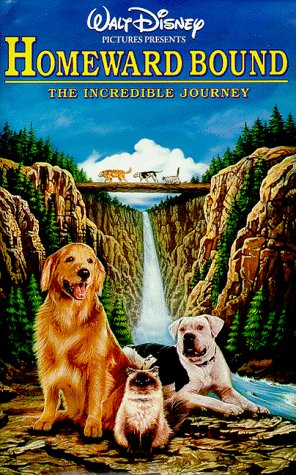 Disney broke ground with Homeward Bound: The Incredible Journey, whose main characters were the pets, not people. It became the first major motion picture to feature talking animals, though it was more like actors voicing over the animals’ thoughts while the animals were on screen behaving like animals. As such, they did not communicate with humans. That was the same concept behind the acclaimed talking animal film, Babe, in 1995. Babe the pig was a thief. He stole hearts — our hearts. He lived on a farm and decided he wanted to become a sheepdog and talked in the cutest voice known to man. He and his animal friends had moving mouths, which was an adjustment, but “Babe” was a children’s staple in the ’90s.

The greatest thing about these films was they kept the animal and human worlds separate. The audience was let in on the secret world of verbal animal communication that the humans in the film were unaware of. Much like how Toy Story became a mega-hit operating under the same rules to create dramatic effect thanks to the humans not understanding the animals’ (or toys’) feelings that’s we are shown as an audience.

Babe grossed $63 million domestically, but it was Disney’s live-action remake of 101 Dalmatians that opened the floodgates. Starring Glenn Close as Cruella De Vil, the 1996 film grossed about $136 million, which still sits at number five for live-action films with animals as the focus, number two if you don’t count movies that used CGI animals in live-action environments.

Then came the late ’90s boom. There was Paulie, a film about a talking parrot on a road trip to find the girl that abandoned him years ago, sequels Homeward Bound: Lost in San Francisco and Babe: Pig in the City and then maybe the mother of all talking-animal films, Dr. Dolittle starring Eddie Murphy, the first film to truly exploit the talking animal for obnoxious humor.

At this point, animal movies got away from the aforementioned concept of keeping humans and animals separate. After “Dolittle” and 1999′s Stuart Little (the first film to feature the CGI animal with live action), the barrier had been broken but big bucks were being made. Thus ended the golden age of talking animals in film.

It’s no surprise that only one sequel to a successful talking-animal movie has outdone its predecessor. Sadly, that film is Alvin and the Chipmunks: The Squeakquel, which is in another category of awfulness, but I digress. Along with the late-’90s sequels I already mentioned, 102 Dalmatians, Dr. Dolittle 2 and Stuart Little 2 all failed to outperform the originals. “Revenge of Kitty Galore” is already on track to do so. I mean, those films at least failed despite releasing sequels two to three years apart, but nine years? Warner Bros. amazes me. 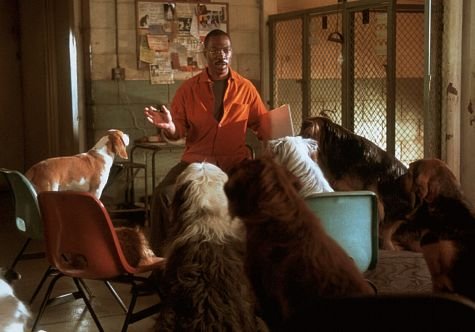 Perhaps WB thought that the success of Disney’s G-Force at this time last year, a film featuring a squad of elite special ops guinea pigs, would pave the way for another film about secret agents dogs and cats working together with ridiculous gadgetry. As mediocre as G-Force was, at least it was marketable. The title alone of the 2001 “Cats & Dogs” sequel was self-destructive.

Other recent bad talking-animal movies include Beverly Hills Chihuahua, which proved to be surprise hit for Disney, who was the first to discover the Latino-American niche market that had previously been under-served. The CGI/live-action remake of Charlotte’s Web was Paramount’s most successful venture into the sub-genre. Fox also tried its hand at two “Garfield” movies, which were loathed, poorly blending CGI into the real environment. Fast-forward to this year and you have Furry Vengeance, the animal mischief film, “Cats & Dogs 2″ and Marmaduke, which flopped back in June. All failures.

I think it’s safe to say that other than Alvin and the Chipmunks, talking CGI animals and humans are a dying breed, no pun intended with regard to animals. The jokes and gimmicks are always the same: “I’m an animal, so I’m going to pee or poop on you, stupid human.” Until someone turns around and puts the heart and magic (I’m alluding to the dual worlds thing again) back into a talking-animal film, they will continue to suck. We’ve seen some heart-filled animal movies this last decade, most of which involve horses, but the comedy elements have lacked. The middle ground has disappeared between comedy and family value film. We either get Hotel for Dogs and other “petsploitation” junk or Flicka, a boring film about a girl taming a wild horse out in the country. It’s time for someone to get creative and make pets endearingly funny again. Too bad Pixar is an animation studio.