The Downside of Retail Video Games

By: Paul Lawford | Xbox 360 Features | August 30, 2012
I have been a huge video game collector for many years. Collecting games is a very strange market where prices plummet and sky rocket from week to week. The thrill of collecting is all about the hunt for games of the past that offer nostalgia and the chance to relive prized memories. The youth of today will be looking back to their childhood and remembering such great games as the Call of Duty and the Grand Theft Auto series. Over the past year I have been scouting eBay for games I used to play and no longer own.

Sometimes these retail boxed games, like Conkers Bad Fur Day for the Nintendo 64, will reach around $100 or more if they are boxed and in good condition. This is obviously a lot of money for a game that was released well over 10 years ago. As we sit in the middle of the digital age, could there really be any worth in having a game cartridge/CD, box, manuals, etc, in the future? Well today I'm going to be looking at the benefits and downfalls of having boxed games in the current age.

The first problem I can see continuing to buy retail boxed games is the sheer space needed to store them. If you have a lot of space and money, you could easily build up a huge collection and store it like an exhibit or gallery. Unfortunately, most consumers don't have the luxury of unlimited space. As of late, I have decided to quit buying retail boxed games and will now instead buy my games as digital downloads. If you are like me and buy 2 or so games every month, that would be another 24 boxes to store away every year. The space constraints limit the majority of general gamers to having a shelf or cupboard to store games, but with that comes a surplus of boxes that most people end up throwing away.

Comparitively, having the games stored digitally allows us to take up virtual space on our hard drives rather than that in our homes. My ever-growing digital catalog now takes up a sheet of virtual paper on my Mac or as a list in my Steam account, rather than a few shelves at home. Of course, with the loss of physical game boxes also means the loss of the unique artwork that collectors can put on display. This was one thing that set games apart. If you were unsure to which game to buy when you walked into your local games retailer and saw games stacked in 10's then the sight of a well designed graphic or box art could often sway a decision. This can't happen with downloaded games and is therefore a disadvantage, but in this arguement I will stick with the digital library rather than the "on display" collection as I can have a backup of all my game codes stored on a virtual space rather than a visual collection taking up room, getting dusty, and prone to damage. 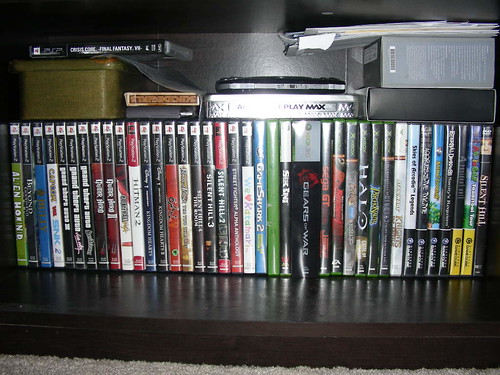 The second point is the effort that it takes to get our games nowadays. The downloading games format has led to the near demise of many games stores in the UK and Australia. We can now sit in our room and within half an hour play a newly purchased game without leaving our homes. This is perfect for most average gamers. Most people around the world now have a decent enough internet connection that they can download their games online in a reasonable time. This eradicates the need to actually get off our butts, go to a local games store, then return with a boxed game that we will have to sometimes install on a hard drive on our consoles, furthering the time it takes to actually play the game! Most of the time when you turn on your console it will instantly sign you in to the relevent profile or online store. From here you can, with about 3 clicks of a button, have a game downloading.

This ease of use is so important to me as when I have the need to play a game I want to play it there and then, with minimal wait time. I see the journey to and from a games store as an inconvenience rather than a positive. The only benefit from a games store is you can sometimes "try before you buy" and also the sometimes crazy experiences of a midnight launch of a large release can be quite exciting. It was a majorly gratifying experience in my youth as I would save up, take the bus down to my local game store, and be gleaming with happiness with my new purchase often rushing home to play my new aquisition. Many kids these days don't have the benefit of that emotion as they are used to their games being downloaded. I still would rather spend my days off just chilling and not leaving the home, and therefore downloading my games caters for me 100%. 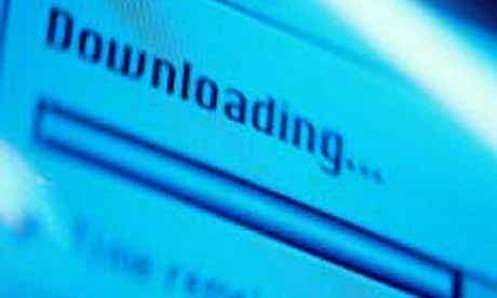 The other problem I can see is the damage over time to cartridges, CD's, etc. If you remember back to playing Wrestlemania 2000 on the N64 there was a widespread problem with the games save files being corrupt. I think I took the game back no less than 3 times before I got a copy that worked. Now, companies can just patch a problematic glitch or error with a small downloadable install file but back it the 90's - early 00's there wasn't that luxury and if there was any problems with hardware/software on consoles it could cost companies millions to repair a situation or a relationship with its fans. Also with CD's the amount of games scratched during transportation was ridiculous, even moving a console with a game in scratches discs.

This issue is completely irrelevant to a person who downloads their games. If the game has corrupt files or doesn't work you can just redownload and install it again or if there is a certain error related to the game you can most likely search for it on google and find a forum post or article with a guide to resolving the issue. This ease of use is a definite positive for companies who can resolve almost any widespread issue with a content update that saves both time and money. Again I believe this is the future, The immediate reponse and troubleshooting of issues is so commonplace now days with search engines that have an answer for literally  everything. The tech support is far superior due the swiftness of reponse from the companies via the internet, If you had a problem with your games disc it would be totally inconvenient to take it back to the store. This is where downloadable games really win this side of the debate. You cannot compete with almost instantanious resolutions to software errors, leaving the amount of gaming downtime reduced. A pure win for the downloadable content.

I now much prefer to download my games due to the ease of use, time taken, and overall support for games that are downloaded online. For the lazy or busy gamer downloading can be perfect and far more accessable to those in the general public. Unfortunately this means the large decline of boxed games sales, which could eventually lead to the end of the games stores worldwide. Obviously there is still a market for retail boxed games, but I feel the amount of titles bought from a store to those downloaded will be massively decreasing over the coming years. If I had the space I would buy all my games boxed and show them off with pride, but like most of us, I have a small amount of room for a game collection.

I think as time progresses games will, in the end, all go over to cloud based where we won't even need to download the games, they will just be there in the cloud to play on our laptops, PC's, portable tablets, and possibly future consoles. There is something special about owning the box and the artwork of a game, but as we look forward it's something that will most likely phase out with time. Probably leading to an increase in price on eBay and other stores for older boxed games. So if you have old good condition boxed games I would advise to keep them. If you look at the prices of vinyl records which are now 99.9% obselete today when compared to iTunes and MP3 media, Some of these vinyls go for upwards of thousands of dollars, that could mean in a few years your games might be worth a fortune!