The End of X-Factor, For Reals.

Confirmed at the X-Men panel at C2E2, Peter David's X-Factor series will conclude with September's issue. Word is that this has nothing to do with the book's sales, which has generally been solid, or Peter David's recovery from his stroke. Instead, the writer reached a natural end point for his long-running series.

This doesn't really come as a huge surprise. Marvel Comics has already solicited the next X-Factor story arc titled "End of X-Factor," and I speculated at the time the title may have been legit. David has been writing this series since the critically acclaimed Madrox limited series back in 2004. It couldn't go on forever.

X-Factor has been a true underdog success story. It found a solid fanbase and held onto it despite Marvel continually making life difficult for it. It began as a detective agency in the area of Manhattan called Mutant Town, but then, House of M came along and wiped out the neighborhood's population of mutants. So X-Factor adapted, becoming one of the surprisingly few X-books to actually deal with the ramifications of M-Day. Only then, Marvel began moving all of the mutants to the west coast and consolidated them all on Utopia, expect for X-Factor. It was then that X-Factor basically divorced itself from the X-Universe and remade itself as a detective agency for the Marvel Universe in general. Really, the book should have been cancelled a couple times over, but it's a testament to David's writing that it has endured to the end. 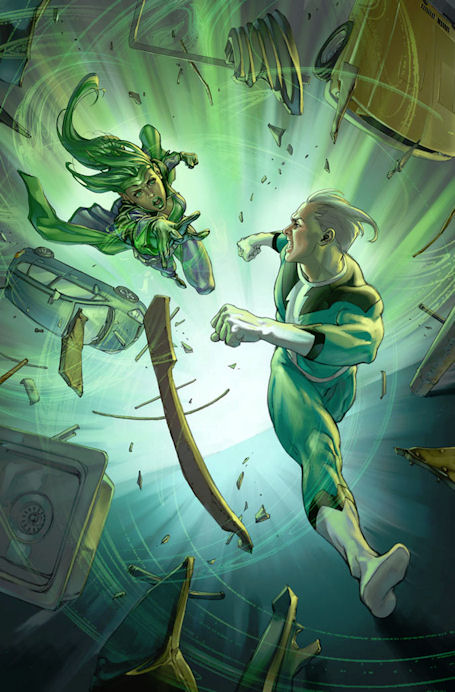 "End of X-Factor" will be a quieter story arc than the current "Hell on Earth War" that features a series of character-centric issues. David says he feels these characters deserve to be left in a good place when he's done, and there's no arguing that point. The final issue will star Polaris and Quicksilver, dealing with Lorna Dane coming to terms with being another child of Magneto.

Though X-Factor is ending, there is more work from Marvel and Peter David to come.