"The consequences of time travel "
By: Anthony Punt | TV Reviews | October 12, 2016
The law of unintended consequences applies to speedsters as much, if not more so, than us regular non-metahumans. This is the moral, for lack of a better term, that lies at the center of “Paradox,” the second episode of The Flash’s third season. Audiences are so used to happy Hollywood time-travel stories, like Back to the Future, where the protagonist restores events to the way they were—if not improve on that—that it’s a bit jarring to see Barry “fail” to fix things. The crux of the episode is the scene in the coffee shop where Barry talks to a doppelganger of his dead father dressed in Jay Garrick’s costume. The upshot of it is because Barry has already cracked the timeline (in trying to save his parents) that there’s nothing he can do to fix it without making the problem worse. As quasi-Henry Allen puts it to Barry, the question is whether the Flash will be the type of hero to improve the situation as is or “take a do-over every time [he] makes a mistake?” This conversation informs Barry’s resolution from that point forward to embrace the timeline he’s in, no matter the personal consequences. 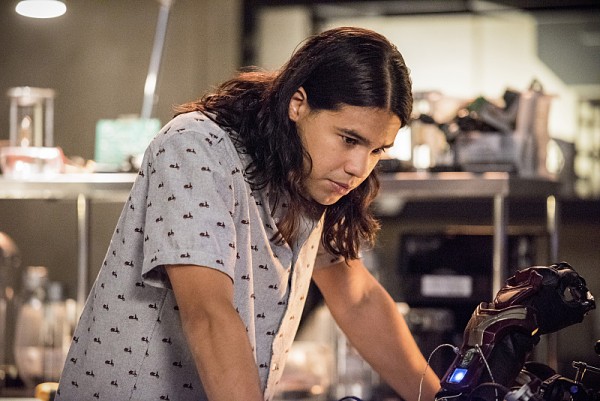 And to be sure, there are consequences to Barry’s decision. In particular, his relationship with Cisco is damaged by Barry’s resolution to not use his powers to change the past because it means he won’t save the life of Cisco’s brother. (You know Cisco is feeling particularly dour because he won’t even make the terrible supervillain puns/DC Comics references everyone’s used to.) The betrayal is particularly acute for Cisco after Barry admits to altering the timeline in order to save his parents. Episode writers Aaron Helbing and Todd Helbing don’t take the easy way out of making Barry the “good guy” in this scenario. For one, everyone is offended by what they perceive as Barry’s lack of taste in making jokes about serious subjects like the death of Cisco’s brother or Joe and Iris’s fractured relationship. For another, given how recklessly and selfishly Barry has used his powers at times the past two seasons, Cisco has a legitimate argument in calling him out on it. Because it wouldn’t do to have a regular supporting member perpetually angry at the lead, Cisco and Barry eventually get to a place where they can be friends again. We even get a pretty cool Flash/Vibe team-up in the process with the potential for additional ones in the future. I said earlier that it’s not a good idea to have a regular character with a burning hatred for Barry, but then I forgot about Julian Albert, the Metahuman Specialist. Apparently Julian works with Barry and just can’t stand him. It’s unclear at first why that is—after all, everyone loves Barry, right?—but ultimately, Julian tells Barry to his face why he doesn’t like him: “I don’t like things I don’t trust.” One can intimate that Julian suspects, or even outright knows, that Barry is hiding a Flash-sized secret. Or that, as some online have speculated, that Julian is Alchemy (the Doctor is silent), the mysterious villain who restored Edward Clariss’s speed powers. 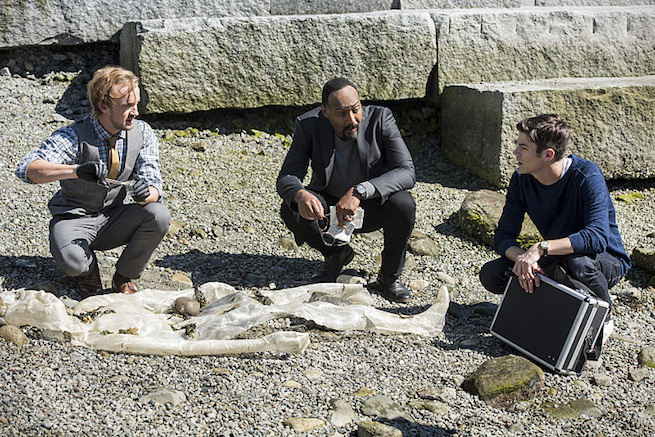 At one point in the episode, Barry hypothesizes that anyone who once had superpowers, regardless of the timeline they were in, will have them once again in this newly modified timeline. So that could mean we’re in for a powered-up version of the supporting cast with Cisco as Vibe and, it’s strongly hinted, Caitlin as Killer Frost. If that comes to pass, I’m not sure that’s a welcomed change: after all, if everyone has powers, doesn’t that make Barry just a bit less, well, impossible? Even with that caveat in mind, “Paradox” stands as a successful example of a time-travel story with real consequences. The characters may be less happy in certain ways than they were before, but credit The Flash showrunners for allowing them to live with the past without trying to change it incessantly. Now if only DC Comics itself would get the memo. Final Thoughts:
Rating
8.0
Pros