The Future of Scribblenauts is Unlimited

Nintendo’s press conference this morning delivered on many different levels and was arguably the most prepared and well organized conference out of all of them. The Wii U looks like it’s in great shape and many new titles were announced for launch. One of the most exciting games that was briefly touched on was Scribblenauts Unlimited.

If you’ve played a Scribblenauts game before then you know what this game is all about: creation and inspiration. The concept of these games have always been fantastic and lovable, but publications have been limited due to the mediums previous entries were developed for. With the new Wii U system the amount of options (due to hardware upgrades) for the developers has grown in a very good way. 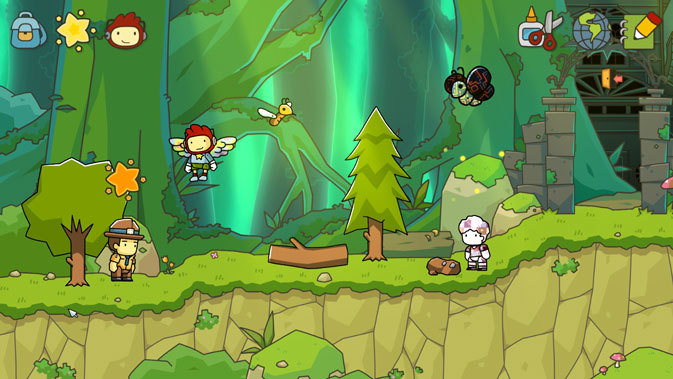 This new Scribblenauts will have online functionality which allows you to share your creations with your friends and actually load them into your own Scribblenauts adventure. The creation system itself is much more expansive than it has ever been and will allow you to make endless combinations of ludicrous objects with new and inventive functions. They are also adding a multiplayer co-op feature which should make for some really great and unforgettable creative camaraderie. The last thing hinted at was learning more about Maxwell and his backstory.