The Girl in the Spider’s Web

" The yarn that is spun fails to stick"
By: Russ Matthews | Movie Reviews | November 4, 2018
'Crime stories are, as you know, one of the most popular forms of entertainment that exist. If you then try to have something to say... that I have, of course.' Stieg Larsson Before reading this review, go to the bookshelf or open your e-reader and pick a novel or any fiction will do. Quickly read through the first chapter, even if it is familiar to you and reintroduce yourself to the characters and the storyline. The next step is to skip ahead to chapter four, begin to read from this point in the story. It will not take too long for you to become confused, frustrated and now you will know what it is like to watch The Girl in the Spider’s Web. Put your finger in this chapter and we will return to the story in a moment to address the difficulties presented by this outing in the favorite book and film series. 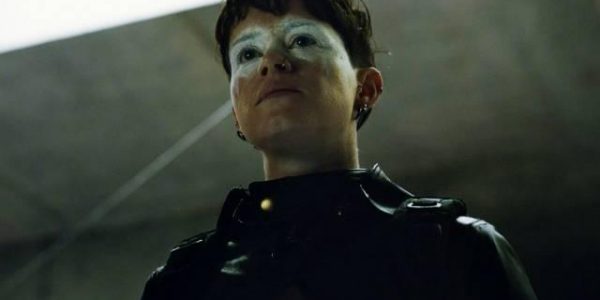 This installment in the franchise is from author David Lagercrantz's re-imagining of the life of Lisbeth Salander (Claire Foy), the edgy, pansexual hacker from Stieg Larsson's Millennium trilogy. After the death of the Swedish author of The Girl with the Dragon Tattoo in 2004, Lagercrantz took over penning the series giving an opportunity for Sony to reboot the Scandinavian action series.  Since the release of David Fincher’s (Gone Girl) version of Stieg Larsson’s psychological thriller in 2011, Sony has been trying to figure out how to reintroduce audiences to Salander and her methods of vigilante justice. This new version of the cyberpunk, bisexual action hero allows the story to develop her character and minimize the need for Sverrir Gudnason (Mikael Blomkvist) who was played in the original by Daniel Craig. It delves into Lisbeth’s past and how she escaped from her abusive father who was the head of the Russian Mafia in Sweden, whereas her sister was left in the hands of this sadistic psychopath. 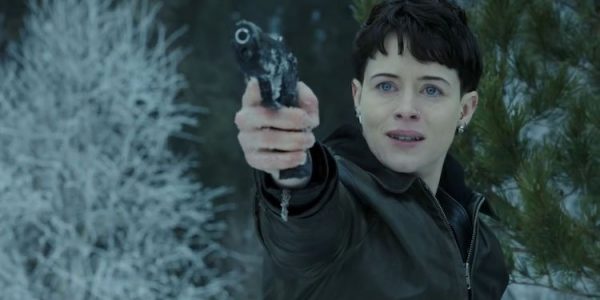 With the help of Gudnason’s articles in the Millennium, Lisbeth Salander has become an underground legend in Sweden as a guardian angel of women who are abused by powerful and violent men. Despite her fame, the hacker’s actions have caused her to gain a certain number of enemies and the attention of some who want to do her harm. After taking an ‘impossible’ assignment of acquiring a program from the National Security Agency in the United States, she finds out that it is not as straightforward as it seems. The web of deceit and international espionage that is being spun around her involves the NSA, the Swedish government and an unexpected connection to her past that may lead to her undoing.  Returning to the challenges of reintroducing this character and storyline at this point in history causes more difficulties than fans may have expected from this femme fatale. For readers of Stieg Larsson’s book series, audiences of the Swedish film series or Fincher’s version, this re-imagining of Lisbeth Salander lacks the richness and depth she had when initially introduced to the world. Without falling into the trap of mere comparison to the Daniel Craig / Rooney Mara version, the glaring issue in this film is the step backwards in the quality of production. What works in the books and in previous productions is the integral aspect of Gudnason and Salander working as a team to find the answer to the mysteries or crimes that have been perpetrated. Lagercrantz puts all of the expectation on Lisbeth, which proves to be too much for one character, while the writer becomes a supplemental and neutered portion of the screenplay. Then to expect audiences to connect with the dark and melancholic personality of his female lead and to think she has a redemptive spirit is a stretch that exceeds the biggest Larsson fan. 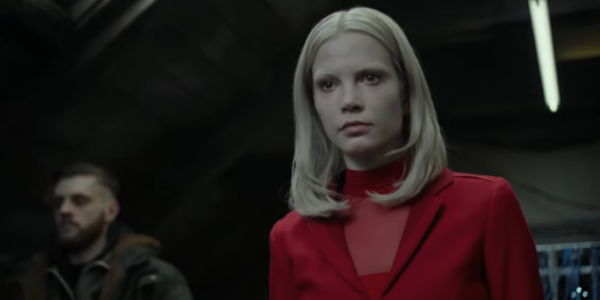 The script suffers from massive plot holes, signage and accent challenges as well as some poor casting choices that make the viewer think that the production crew forgot the film was being filmed in Sweden and undermine this production. None of these are as poorly thought out as the misstep of director Fede Álvarez in casting Claire Foy as the lead. She is an exceptionally talented actress and does command the screen, but if the Uruguayan director was going for strong and edgy, Foy just does not fill this aspect of Lisbeth's persona. Between accent control and attempting to be a goth action star, this British superstar does show that she has her limits.  The Girl in the Spider’s Web has all of the elements that should appeal to a modern audience with a strong female character and enough twists and turns to keep you guessing, but it is not enough to justify the resurrection of the franchise. Like starting into a novel in the middle of the book, there is something missing in the whole experience.
Rating
4.0
Pros