The Girl with the Dragon Tattoo Review

Be prepared to have your annual “movies are never as good as the books” conversation  with family and friends, because Stieg Larsson’s worldwide best-seller The Girl with the Dragon Tattoo has come to theaters (this time without subtitles).

Wanting to honor the beloved source material, Sony placed this American version in the hands of serial killer mystery expert David Fincher (Se7en, Zodiac) and Oscar-winning writer Steve Zaillian (Schindler’s List). The move pays off, because “Dragon Tattoo” is about as good as it possibly could be given the challenges of the adaptation.

The multi-faceted story deals primarily with Mikael Blomqvist (Daniel Craig), a journalist being sued for libel who temporarily steps down as his magazine’s editor and quietly accepts an offer from a retired businessman named Henrik Vanger (Christopher Plummer). Under the guise of writing Vanger’s memoir, he is to investigate the unsolved mystery of Vanger’s missing/presumed dead niece, Harriet, a case over 40 years old. In need of help, he comes across Lisbeth Salander (Rooney Mara), a strange young woman with expert hacking skills who passionately takes up the job due to her own troubled past. 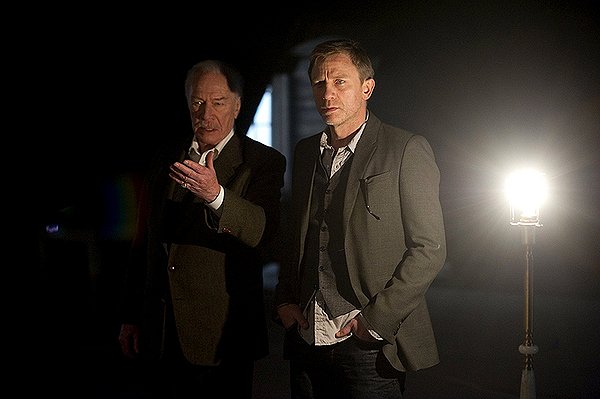 Much like its Swedish predecessor, this adaptation strives to pack the bulk of the novel into a “reasonable” runtime without boring its audience to death. Zaillian compresses the hundreds of complex details of the cold case at the film’s epicenter into easily digested chunks, yet merely having to do so always produces no better than satisfactory results. Oddly enough, saying the script doesn’t derail the film or damage the story and its characters is the highest of compliments one can pay it in this case, and that’s what it does.

But it’s Fincher who elevates this film, with no offense intended toward Niels Arden Oplev, director of the 2009 effort. Fincher is a master of his craft, and that means a considerable amount when dealing with a film so densely filled with plot points that other elements (like character development) can get lost.

Although no adaptation of this novel could possibly convey the lengthy passage of time and the obsessive nature of Blomqvist’s search for the truth, Fincher provides an abundance of tone, especially in reflecting the frigid temperatures of northern Sweden. He and his The Social Network and Fight Club cinematographer Jeff Cronenweth make it so every golden ray of sunlight on the desolate island feels as warm as it looks. Only directly blasting cold air on you from the back of your seat a la a “4D” theme park attraction would be more effective.

The film’s editing job is also top notch, overlapping audio and video to smooth over the exorbitant location transitions and maximize suspense in the scenes that cut back and forth between Lisbeth and Blomqvist. In fact, the movie finds its best groove in these scenes.

Also crucial to depicting the book are the issues of graphic content, namely violence and sadism. After all, the translation of the original Swedish title is Men Who Hate Women. Fincher embraces the book’s sexual and disturbing nature as evidenced most basically in the marketing campaign. He also doesn’t shy away in the film’s most difficult scenes, giving them the brutal and sordid edge they require to honor the message of Larsson’s novel. Although it feels wrong to call them tastefully done given the subject matter, it’s true. 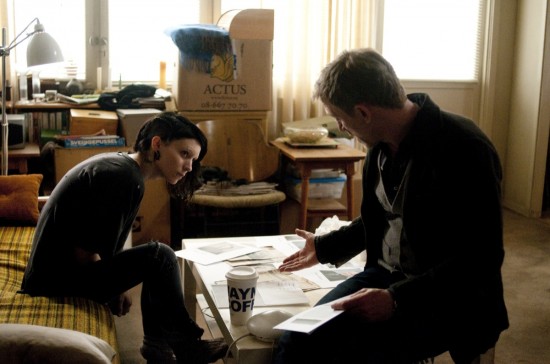 Mara’s performance mirrors Fincher’s vision in many ways. There’s no expectation of pity for Lisbeth, yet neither is she not a hollow shell who completely bottles up her feelings. She bares it all in this film in every sense, giving herself to the performance. Rather than ham it up a notch to get some Oscar attention, she sticks with her interpretation of the character and makes for a rather unforgettable Lisbeth Salander.

Craig is also a perfect Blomqvist, though his character lacked something distinctive, perhaps due to the script not giving him many moldable moments. A similar fate befalls many of the characters, which just emphasizes the need for Fincher’s work and the talent of his actors all the more. Stellan Skarsgård as Martin Vanger, the current CEO of the Vanger Corporation, does perhaps the best job of utilizing his screen time to create a compelling character.

The Girl with the Dragon Tattoo is a busy movie, and understandably so. Larsson’s story deserves its integrity preserved the way it was in this version (only minor omissions and one major change), even at the cost of something that could have been more emotional and moving. Putting the book down and looking at this as a mystery/thriller, it’s a consummate offering for the genre. Those unfamiliar with its source material will find it a bit slow at points and not as clean as thriller written directly for the screen, but will still enjoy the payoff thanks to the professionalism of Fincher and Zaillian.

A book and two movies later, rather than saying “the book is better,” it should be said that The Girl with the Dragon Tattoo thrives the most in its original novel form. Some books lend themselves to film better than others — this isn’t one of them. Given this movie took it out of its ideal state, its a good thing it turned out how it did.