"This film is brought to us by the letter P for Puppet Porn"
By: Russ Matthews | Movie Reviews | August 27, 2018
Multiple generations have been raised on a steady diet of educational entertainment by Jim Henson’s Muppets. From Sesame Street to The Muppet Show and the subsequent string of films that followed the success of the television show, the Muppets have been an integral part of people’s lives for decades. Since the creator of Kermit the Frog passed away in 1990 and the sale of the legendary puppets to Disney, the Jim Henson Company has been placed in the hands of Brian Henson (The Muppet’s Christmas Carol), the eldest of the puppet patriarch’s children. Proving to be an accomplished puppeteer, writer and director, he has established himself in Hollywood through the years and has tried to maintain his father’s legacy. Until this year when he chose to toy with the concept of these imaginary creatures and take audiences down a darker and pornographic path with The Happytime Murders. 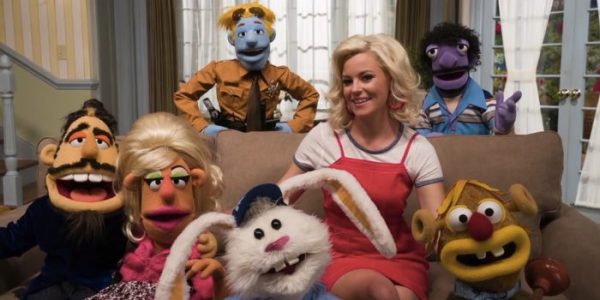 It only makes sense that a Henson world would be one where humans and puppets co-exist. Los Angeles is that type of place, but it is not sunny days on the streets of the City of Angels. Society treats those filled with stuffing as second class citizens and the prejudice against puppets has led to physical and verbal abuse, besides being marginalised throughout the city. Phil Philips (Bill Barretta) is puppet private investigator who is a former police officer for the LAPD, but due to an unfortunate incident involving the death of these furry creatures, his actions led to all of his kind being banned from the force. While on another case involving a mysterious client, the private investigator gets drawn into a case of serial killings that involve the cast of the 1980's comedy, The Happytime Gang. A groundbreaking show that portrayed the successful coexistence of humans and puppets in society.  Reluctantly he has to team up with his former partner, Detective Connie Edwards (Melissa McCarthy) who still holds him accountable for the difficulties she continues to experience at the station house because of Phil’s past. The unlikely investigative pair has to track down the former cast members to keep them from getting their stuffing blown to bits by the killer. While they search for each of the actors, they begin to piece together the clues for the murderer's identity. While travelling together through the investigation, the pair discovers something about themselves and manage to uncover a bizarre past that links the killer to Phil and Connie’s that may be difficult for this team to escape.  The concept is original and on paper, it has the potential to add a fun twist to the tradition of the puppet/human crossover. Without seeing the Redband-only trailers for the film, within a few minutes of the opening credits people will know that this is not the Muppets film of their youth. Opening with the prejudicial experience that puppets experience on the streets of Los Angeles and the gritty and foul-mouthed film noir narration from Phil Philips, Tom Berger’s script does all it can to prove that the Muppet Theatre is not around the corner in this detective's tale.  [caption id="attachment_103811" align="aligncenter" width="600"] 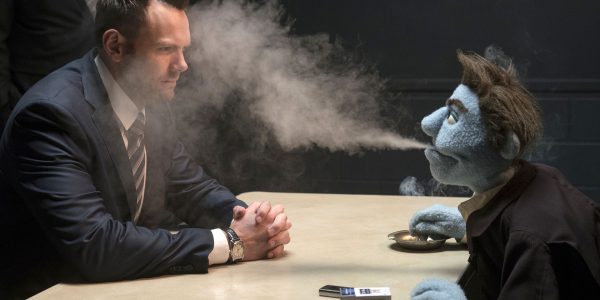 Leslie David Baker and Joel McHale star in The Happytime Murders
Courtesy of STXfilms[/caption] This production does not even attempt to be subtle by bringing the realm of puppeteering into the field of adult content. Reminiscent of Team America: World Police, they rip away any suggestion that this is just another family-friendly film and prove that puppets can be indecent too. Showing that the use of the court-approved tagline of 'NO SESAME, ALL STREET' for this film could even make the fans of Fifty Shades of Grey blush.  Beyond the typical Melissa McCarthy dialogue, where she finds more uses for the f-bomb than Oxford’s Dictionary can provide, the storyline goes onto include content that earns the film its mature rating. Not to list all of the content of the film for the sake of decency, the storyline does contain puppets having sex, an adult porn shop where a puppet porno is being filmed involving a cow and an octopus, excessive drug use (which for a puppet consists in snorting sugar), a scene that gives the nod to Sharon Stone’s Basic Instinct leg crossing and multiple muppet murder scenes. An attempt to determine why this film was even made is too mind-boggling, much less who the target market would be for this story, besides those audience members with a puppet fetish. 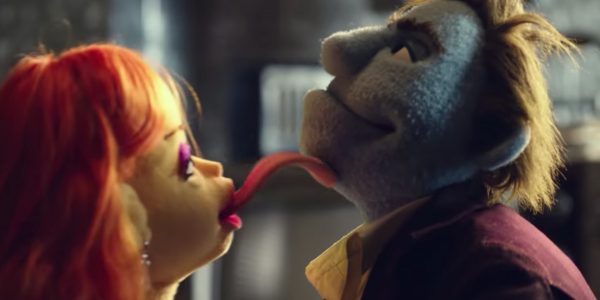 The purpose of this review would be not only to warn parents that The Happytime Murders is not meant for children or anyone with good taste. The other service that this review provides is that this is to all who might consider this film in the weeks to come. This is a poorly written and directed movie. The laughs fall flat and the content goes beyond bad taste where even the fans of Deadpool would be embarrassed to say they saw this in theaters. Brian Henson takes a sledgehammer to the pillars of puppeteering established by his father and takes everything that is endearing about Sesame Street and The Muppets and manages to smear their names through the gutter. Even though this film will not be enough to destroy the ingrained tradition of the Muppets, it may manage to achieve a first for the Jim Henson Company: one of their productions to bypass Netflix and head straight to the porn sites of the world.
Rating
1.0
Pros