The Hard Drive and Cloud Saves

By: | Xbox 360 Features | March 8, 2011
It’s amazing to think that not too long ago the idea of having a gaming console with a hard drive was simply a pipe dream. And even more bizarre when you remember that there was a time when you couldn’t save your game at all. Now here we all are with our triple figure gigabyte hard drives and installing games like it doesn’t even matter.

The original X-Box was the first traditional home console to come with a hard drive, but it didn’t come without its disadvantages, this being one of the main reasons that Microsoft lost so much money on the system. This was before the days of detachable hard drives or being able to save to a USB drive or even downloading an online profile. More importantly this was the time when console gaming was largely offline, Playstation 2 game cases even came with memory card holders in them for the times where you would take your saves to your friends house. Including a hard drive was a great idea, but it was too early for it to really take off. 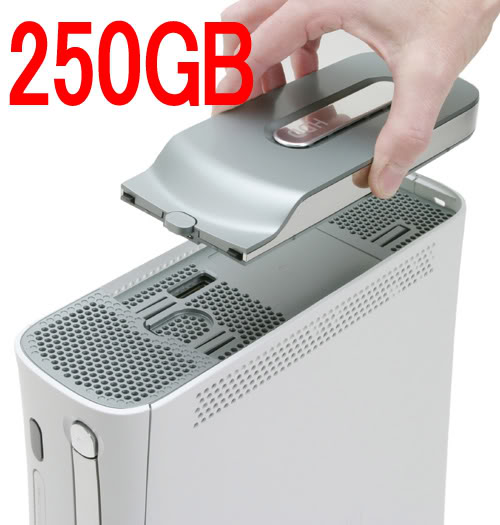 Nowadays however is a completely different story, the idea of not being able to transfer our game saves easily has become ridiculous. With detachable and upgradeable hard drives along with being able to use any USB drive as a memory card for your saves, worrying about them is something that is rapidly fading. However, there is still the issue of having to have a physical drive to carry around; this isn’t a huge thing seeing as we live in a time where a 2 terabyte drive can be the same size as some mobile phones but there is always the risk of corruption or damage.  This does highlight something that could be introduced that would perfect our current method for saving games. Due to production costs, it’s not likely that hard drives will get much bigger in our current consoles and now that games benefit from being installed to them it would be great if there was an online “cloud” for saving game data. Just imagine being able to download save games anywhere on any X-Box and upload a game’s product key so it isn’t taking up a huge chunk of space. It’s important to note that Playstation plus members are getting a taste of this, the size isn’t unlimited and you can’t store games on it, but it’s definitely a sign of things to come.

It’s impossible to predict what kind of saving system future consoles will use, the current system is easily the best it has ever been. The hard drive has served us very well in an era where games are taking up huge amounts of storage and the introduction of a save data server would eliminate any worry of losing files.

It definitely wouldn’t be a stretch to suggest that there are people somewhere trying to figure out a reliable way of doing a remote save data system for the 360. Anyone who has had the dreaded red ring on their 360 has probably lost some very valuable save games too. Increasing hard drive sizes is something that will never change, just remember that the 360 launched with a measly 20GB hard drive, which boiled down to about 14 once everything was set up. If it gets to the stage where our consoles are packing terabyte drives (which would be awesome), there’s simply going to way too much data on there to recover from it all corrupting. Remote saving would eliminate this problem and with the Playstation 3 dipping their toe in this pool, it’s safe to say that Microsoft won’t be far behind.