The Hulk is the Best Avenger

By: Woolf | Movie Features | May 1, 2012
The biggest Marvel movie yet is just a few short days from its North American release, as The Avengers are ready to storm theaters and bring audiences the comic-book crossover event most fans could only dream of. But with so many heroes, gods and supersoldiers assembling from across half a dozen different movies, the question remains: who’s the best Avenger?

First up, Tim from comics and Sam from movies will be tackling the not-so jolly-green giant himself, The Hulk. He is the biggest, the meanest, and greenest superhero out there, but is he the best the Avengers have to offer? Tim and Sam sure think so, but that’s because gamma-radiated scientists, film nerds and comic buffs all share on thing in common: you wouldn’t like them when they’re angry.

First Comic Appearance: The Incredible Hulk #1 (Stan Lee and Jack Kirby)
Comic Re-imaginings: Too many to number, including Ultimate Marvel and as a particularly brutal gang-lord in the Old Man Logan mini-series. Red-Hulk doesn’t count.

Best Comics Issue/Moment: Just a little no-big-deal moment called "World War Hulk." After the Illuminati, a group of heroes including the absolute not-best Avenger Iron Man, send the Hulk into space against his will, Hulk has a whole alien Spartacus story arc. He proves himself, gets a wife, has a kid, rules over the planet, and then the ship that brought him there blows up and takes it all away from him. More pissed off than ever before, Hulk returns to Earth with a small army and takes on basically every hero in the Marvel universe. In the end, the only one able to stop him was Marvel’s agoraphobic Superman, the Sentry. Of course, when Sentry goes berserk and becomes an even greater threat to the world, Hulk stops him, proving himself Earth’s hero even when its other heroes are united against him. 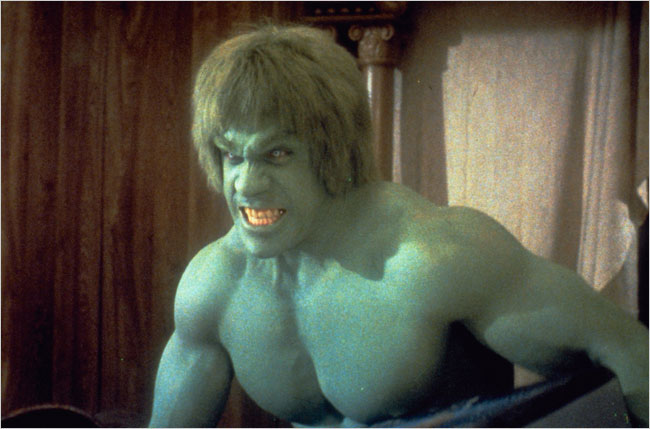 Strengths of the Movie Interpretation: Hollywood’s Hulk is brought more closely back to his origins. When Stan Lee first conceived the Hulk, he took inspiration from Frankenstein’s monster, as well as Dr. Jekyll and Mr. Hyde. More specifically, Banner is Jekyll and Hulk is Frankenstein’s monster. Instead of bringing out the evil in the man, Banner’s accident manifested his anger and hurt. Even so, the monster was a part of the man and, as such, shared his good heart. The society that persecuted him was more to blame for his actions and the Hulk just wanted to be left in peace. This is generally how the Hulk has been portrayed in the films. ~Tim

That duality is definitely what drives the pathos behind Hulk, but let’s face it — as badly as you’re meant to feel for Bruce Banner, most people are just waiting for the big green man to show up. He’s the ultimate destructive power fantasy because of his awesome scale; most superheroes actively try to prevent collateral damage, but half the fun of watching a good Hulk rampage is seeing the mess left in his wake. While other heroes are busy knocking thugs around, Hulk’s ripping cabs in half to use as boxing gloves, or suplexing helicopters. It’s the kind of explosive theatrics most people can’t even dream of and he doesn’t need a robot suit or a magic mallet to make stuff blow-up nice, just a bad attitude and a pair of stretchy pants. ~Sam

Weaknesses of the Movie Interpretation: The downside to Hulk’s frequent downtown renovations is that they’re expensive for taxpayers and filmmakers alike. It’s no wonder the old TV show made him out to be just a really big guy, because it’s impossible to fully capture Hulk’s eight feet of pure devastating muscle by traditional means alone. A real "Hulk" movie was always going to require tons of digital assistance, but it has the unfortunate side effect of undercutting what about the character seems real and grounded. Eight years later, the effects on Ang Lee’s Hulk are passable, but it’s hard to find the human element amidst all the chaos when you’re watching an animated character blowing up fake scenery. The Avengers looks to improve this by featuring more motion-capture from Ruffalo and making the Hulk look more like him. Speaking of which... ~Sam

Pick a damn actor and stick with him. Hulk (2003) was awful and getting as much distance from that melodramatic thing as possible is understandable. Edward Norton was a fantastic Bruce Banner. He looked the part and understood the character. In fact, he understood it so well, he tried to get too much creative control for the studio’s liking and they dropped him for Mark Ruffalo. A new face for Bruce Banner in every film simply does not lend itself well to establishing a recurring character. At this point, Robert Downey, Jr. is just as recognizable as Iron Man as the suit is, but Hulk’s alter-ego is not recognizable at all. At least Lou Ferrigno, the guy who played the Hulk himself in the old television series, is responsible for Hulk’s voice in each film. ~Tim

Why Hulk Is the Best: Hulk is the strongest. Out of all the Avengers, all the characters in the Marvel universe, Hulk is the only one with potentially infinite power. He is pure rage and destruction. The angrier he gets the stronger he gets and there is no set limit to his rage. There is no innate weakness to Hulk’s power and that power cannot be easily taken away. When every other Avenger is down for the count, the Hulk can keep smashing.

Weaknesses: By his nature, Hulk is a double-edged sword. More often than not, he’s a hero and his infinite rage is directed against those that deserve it. Unfortunately, we all know that is not how berserk machines of destruction work and Hulk is very much a loose cannon. If his rage gets the better of him, then he will turn his strength agains friend and foe alike. This unpredictability sometimes makes him more a liability than an asset.

Why Hulk is Better Than Thor: As the two physical heavy hitters, Hulk and Thor seem like the closest match up on the Avengers team. Thor is a demigod, which is cool and all, it’s just too bad Hulk doesn’t care. You can be a god, you can be an alien, you can be an alien god, but Hulk still smash. Of course, Thor has a cadre of other abilities that may give him an advantage in a straight fight, and that is certainly a valid consideration. From a character standpoint though, Hulk is just so much more interesting. Hulk is a tragic character who is constantly skirting a line between hero and menace. Bruce Banner is a disturbed individual who never wanted the burden of being a monster and the constant struggle of his dual-persona with the world is compelling. Thor was born to be a hero and has lived in a kingdom that has catered to him since birth. Sure, his dad sent him to Earth for a while to live as a doctor because he was a brat. Boohoo. The truth is that Thor is more interesting as an introduction to Norse mythology than as a character in his own right. Hulk actually possesses pathos and that is not something you get just by virtue of being a god.

Why Hulk is Better than Captain America: Sure, Steve Rogers is the epitome of human physical conditioning and the glue that holds the Avengers together, but Hulk is, in his own way, the team’s great uniter. He’s a constant reminder to his friends of the dangers their powers can present when absent a constructive purpose, and the source of his strength, unlike most other superheroes, is universal. Everyone is capable of feeling angry and wrathful but it’s the way we handle those impulses that separates the good guys from the bad. Cap can make all the speeches he likes in order to get different factions working together but the Hulk speaks to a primal part of every person, as a warning of all the harm that we can cause, and a challenge to rise above it. 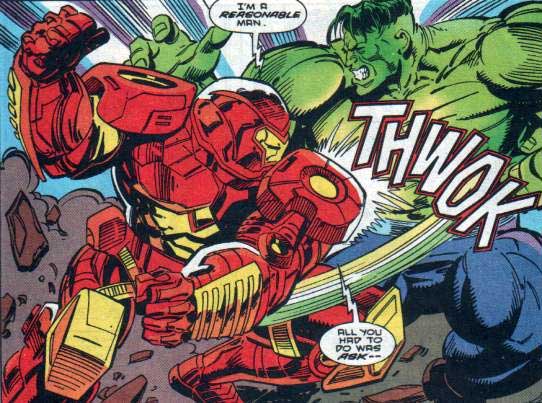 Why Hulk is Better than Iron Man: Two geniuses with daddy issues. It's true that neither of these guys had a life completely without trials and it is also true that they have used their intelligence and resources to both hurt and help people. However, it is also pretty clear that Banner has overall had a tougher row to hoe. Banner is completely introverted. Stark is a huge extrovert. Banner's experiments led to his monstrous form, making him constantly aware of the responsibility he has. Stark's experiments led to him become even more famous and wealthy than he was before.

If Banner had a choice, then he would lock himself away from the world so that he would never hurt anyone, but he knows that taking the risk and trying to control his ability is the right thing to do. Iron Man, especially the movie version, has a terminal case of the "look-at-me's" and it is in no way an exaggeration to say he could crash the ceiling down around himself and all the other Avengers in his quest to soar higher and higher. Hulk is at least trying to keep himself in check, can the same be said for Iron Man? Let's not forget that comics Tony came up with a special suit of armor, made specifically to take down the Hulk. Without his Hulkbuster armor, Iron Man doesn't stand a chance. 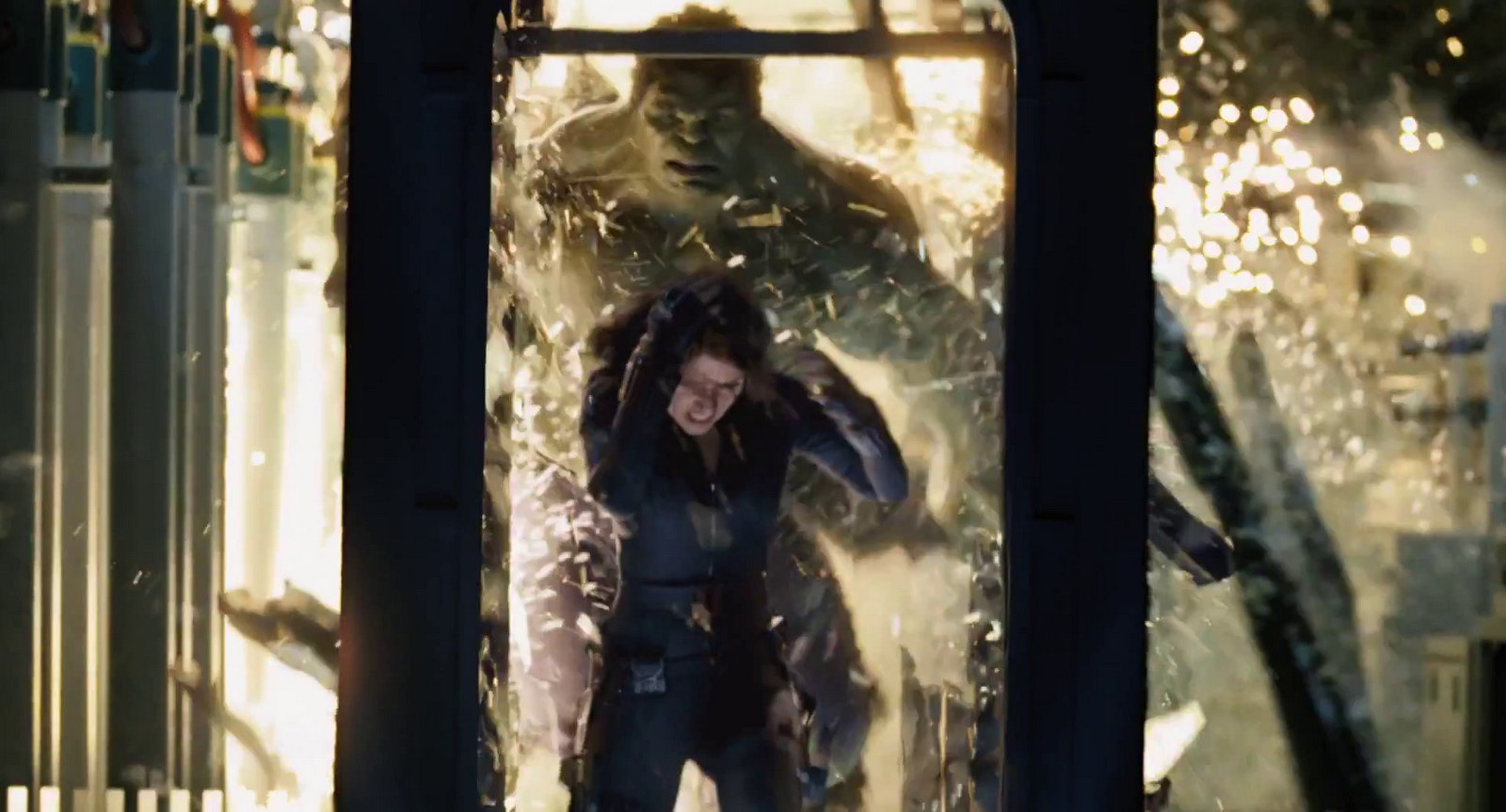 One Thing We Hope Hulk Will Do in The Avengers: Actually contribute. Between the Hulk’s unpredictability in battle and monosyllabic dialogue, it would certainly be easier to put Hulk off to the side smashing grunts or playing defense while some of the other characters take all the glory. Not that dealing with the little guys isn’t contributing, but Hulk is more than just the   team’s muscle and we hope that is reflected on the big screen.