We live in an era that is measured by milliseconds. The speed by which our news and information get to us has moved from being a luxury to a necessity. Even in the most remote areas of the world, there is an expectation that our phones or computers will be able to connect to the world through the internet. This is even more evident in the industries where the difference between making or losing money can be determined by these small, incremental measurements of time. Writer/director Kim Nguyen provides a glimpse into the incredibly competitive world of hedge fund trading and the lengths people will go to get a mere millisecond advantage over their competition.

Vincent (Jesse Eisenberg) and Anton (Alexander Skarsgård) Zaleski are cousins that work for the same trading company and they dream of breaking free from their current work atmosphere and building their own network. The answer seems to be in the building of a straight fibre-optic cable line between Kansas and New Jersey, which has the potential to net them millions. Vincent is the mouthpiece and runs the operations and Anton is the brains behind building this intricate system of hyper-speed communication. After procuring the financial backing and determining the challenges of managing this massive engineering feat, the pair realise that the biggest obstacle to their plans looks to be Eva Torres (Salma Hayek). 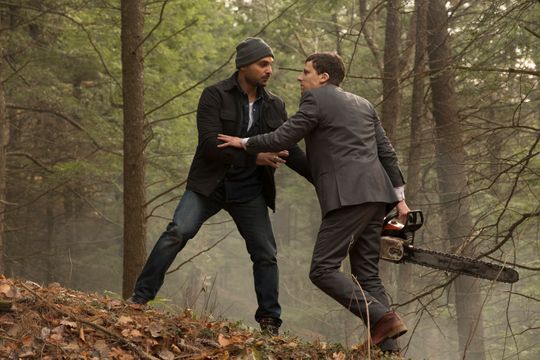 As the head of the trading company the cousins left behind, she sees their actions as an act of betrayal and causes the financial mogul to investigate their plans. While the Zaleskis work with contractors to cross the country with this potential high-speed solution, Eva does all she can to disrupt their plans while finding a solution of her own to get hold of the advantage of milliseconds. With the combination of physical boundaries and legal obstacles, the two men must determine what they are willing to sacrifice to achieve their dreams. As the film begins with time stamps and dates that imply that this story came from real events, this theatrical technique makes this high-tech journey captivating. When the realisation comes that this is all fiction and has no basis in reality, it does undermine the initial set up, but does not detract from the film. Eisenberg, Hayek and Skarsgårdgive some of their best career performances and provide the personal components that will help to keep audiences engaged. Despite focusing on a world that relies on computer screens and the main action of the film consisting of boring equipment digging holes in the earth, Kim Nguyen still manages to deliver a compelling David and Goliath tale. Things fall apart for the characters and the overall story in the final act, but the lead up provides enough moral and relational investment to make this a film worth seeing. A fascinating and critical juncture within the narrative manages to come on an Amish farm in Pennsylvania with a culture clash on the subject of mankind’s progress. It shows how many decisions made in boardrooms do have an impact on real people in real places, which causes the lead characters and potentially the audience to reconsider their actions. 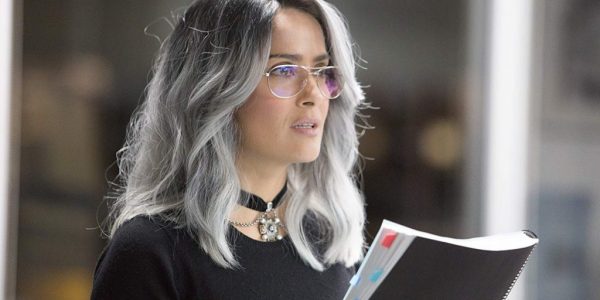 The Hummingbird Project is a fascinating study in the human condition. The writing and character development are what saves this film from completely falling into a tedious hole. A film that is not reliant on car chases or romance, but will drill in deep into the considerations of what makes us human.
Rating
7.5
Pros