SoCal metal band The Kill Corps is set to unleash its powerful debut album on Virgin Records in the summer of 2011. In bloody juxtaposition, they will bring their incendiary music to comics with the release of THE KILL CORPS, a one-shot from Image Comics that will hit shelves in March 2011. 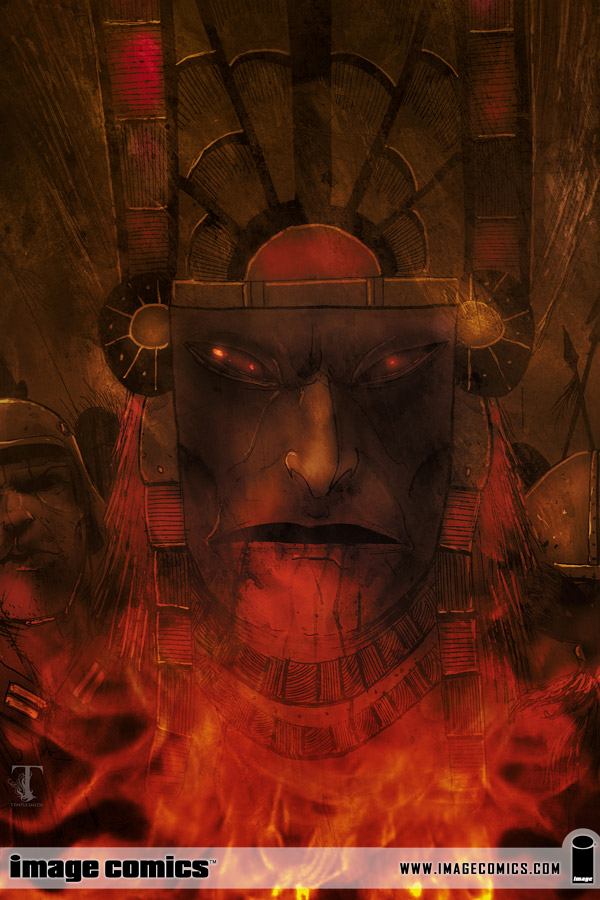 The band's ferocious debut from Virgin/EMI delivers brain-crushing drumming and mind-numbing guitar riffage, providing the soundtrack to The Kill Corps' blood-soaked tales. The vicious story behind the comic is born from The Kill Corps' notorious live show experience and gut-punishing debut album. Calero adds, "The Kill Corps' music is a demon straight from hell, snuggling up against you, wanting to tell you a secret, then screaming in your ear."

THE KILL CORPS follows a team of mercenaries who unwillingly become the instruments of destruction in an evil deity's plot to dominate mankind. Transported to a war-torn Hell dimension, the team must fight their way through every brutal era in human history to gain their freedom and save humanity.

"I rarely get the opportunity to go as dark and crazy as I did on Kill Corps," explains Krueger. "If I were you, I would check this out with an extra pair of pants handy, ‘cause it'll scare the $#!+ out of you!"

The Kill Corps' single and self-titled four-song EP will also be available for purchase separately from the comic book beginning March 15, 2011, on iTunes, Amazon and all other DSPs.