By: Justin Moody | Comic Reviews | September 2, 2010
The setting is the not so distant future and it’s only a few days before crime and cash are eliminated from the United States of America. Cash is being ended in favor of plastic, eliminating any form of illegitimate business. A simple broadcast sent out all over the country will stop anyone from doing anything they know to be unlawful. That idea alone sets up a playground of ideas, but that is not when the story takes place. The book is called the “Last Days of American Crime” and that is where the story begins just days before the broadcast goes live and cash as a currency is erased.

Graham is a career criminal that is looking to make the score of a life time and essentially the last crime ever committed in the United States. The plan is simple: Steal and hack one of the charge boxes that will allow for any card to be loaded with money. Essentially an endless supply of money for the rest of Graham and his partners lives. 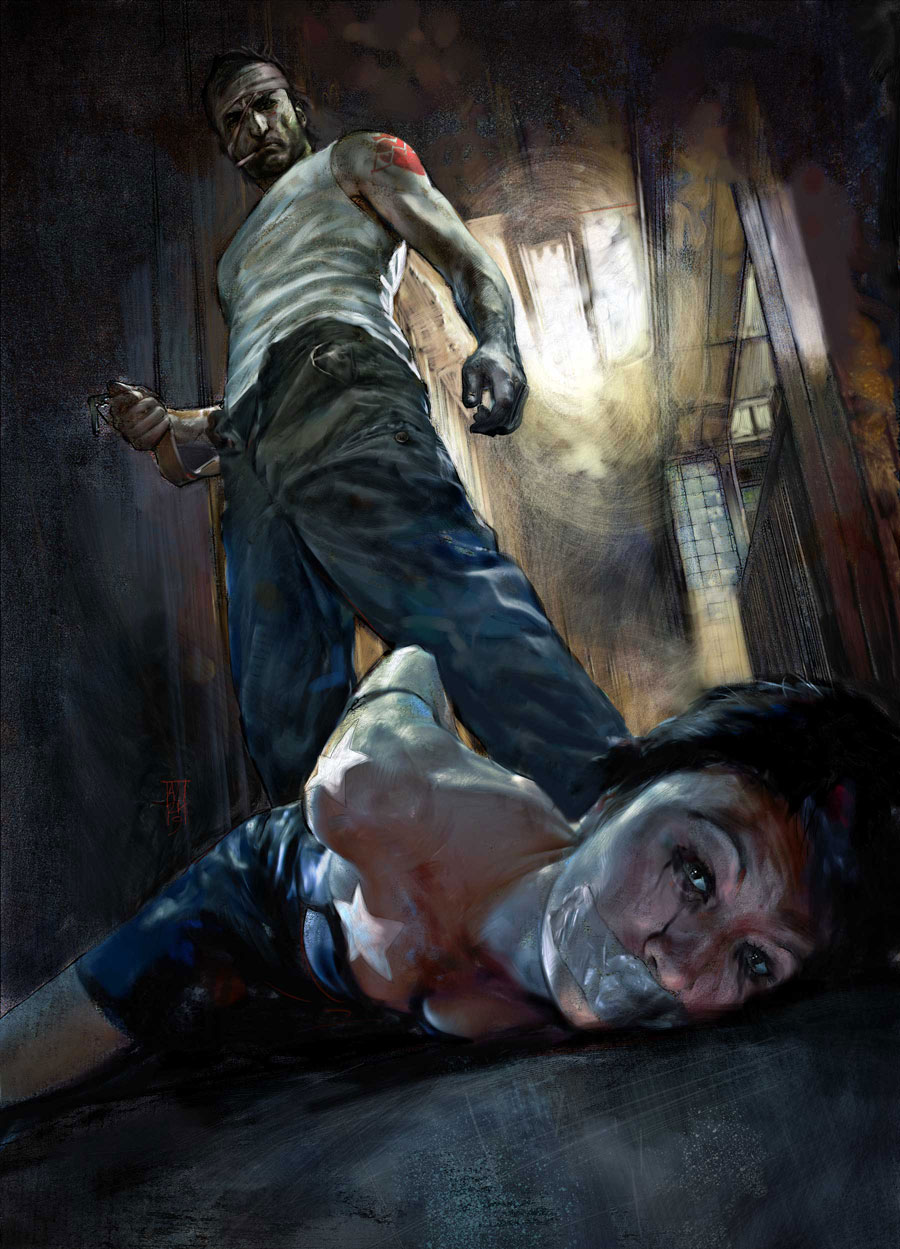 With any heist there’s always going to be problems, no plan is going to go off without a hitch. Graham’s first problem is in the form of a partner, Enrique, that couldn’t keep his mouth shut. This has forced Graham to tie him up and pour gasoline on him. Graham bids him fair well as he lights a cigarette and sticks it in his ex-partners mouth.

Now Graham must find a new partner that can keep his mouth shut and has his own laser cutter and can hack a computer. Enter Kevin and Shelby, one cuts the other hacks and the couple only works together. Graham waits for them at his usual bar; it’s the type of place that makes you check your gun at the door but doesn’t ask any further questions. Graham has a chance encounter with a beautiful woman in the bar that leads to sex in the bathroom. As the woman leaves Graham asks her why him, to which she simply replies, “I wanted to know what it was like to be with a complete loser.” As Graham tries to pick up his ego for his meeting he discovers that the woman in Kevin’s girlfriend Shelby.

The story continues with further hiccups in the plan as Enrique comes back into the picture. He manages to capture Shelby forcing Graham to come to her rescue. Kevin on the other hand must confront his past in order to procure the laser cutter for the job.

As far as heist stories go this story follows the formula to the ‘T’. Everyone is trying to screw everyone else over and Graham is the only character with any sense of good left in his soul. Sure he’s trying to steal an endless supply of money and leave the country rich, but as far as anti-heroes go he’s one of the more likeable. The draw of this story is really the characters and the setting. Without the setting the characters would only be somewhat interesting, but with it they are unique in their struggles.

This story is very mature and creator/writer Rick Remender never tries to sugar coat the world or the situation. Everyone knows that the broadcast is coming and that they’ll no longer be able to itch that evil sensation in their brain ever again, which pretty much sends everyone into a frenzy of bad stuff. Remender manages to capture a realistic possibility of situation by showing humanity at its lowest. Remender tells a well-paced story that feels more like a movie than a comic, but due to its graphic novel format allows for several allowances that would probably be cut from a feature film.

The art is very stylistic and fits the books tone perfectly. Greg Tocchini’s style is perfect for over the top violence, sex and crime in general. The world he draws is brightly colored but dark and ripe with decay. It’s quite the polar opposites at play, but it works so well with the story. Almost to say that even in a world so picture perfect crime is still present and happens in the middle of the day. Tocchini’s pencils are wide and flat, but heavily influenced by animation styles. The coloring of buildings and backgrounds closely resemble those of cell shaded cartoons and videogames, but fit right in with the setting and story.

The Last Days of American Crime may not be for everyone. It’s rich in violence and social decay, but it’s as appealing as it is off putting. The first issue left me on the fence for the series, I really couldn’t decide if I liked it or not. With the second issue I became sure that I liked it, but wanted to see how it ended before passing judgment on the series as a whole. With the third issue I was not disappointed. It ended the only way a heist story can… with everyone getting double crossed. If you’re into movies like Ocean’s 11 or the show Leverage, check out The Last Days of American Crime and read a mature story that’s truly for adults.