Sony Pictures has found yet another writer to take a crack at turning The Lost Symbol into a feature film. This time it’s Danny Strong, who’s only writing credits thus far are two political TV movies for HBO: 2008’s excellent Recount, and the hotly anticipated Game Change, which stars Julianne Moore as Sarah Palin during the 2008 election.

Previous drafts of the best-seller, which is a sequel to The Da Vinci Code and Angels and Demons, came from Eastern Promises writer Steven Knight and even  the book’s author Dan Brown. This was Brown’s first attempt at screenwriting, not unlike fellow novelist Cormac McCarthy, who's script is already in production. Though it's clear more work is needed, Brown can at least find solace in knowing that Mark Romanek (Never Let Me Go) is still lined up to direct after Ron Howard bowed out. 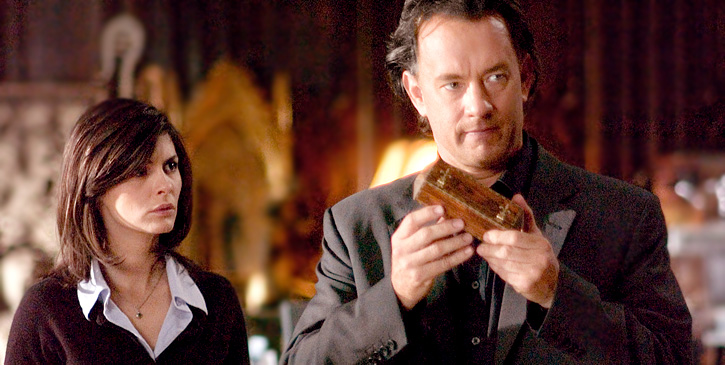 Despite middling reviews, the first two adaptations in the Robert Langdon series grossed over $1 billion worldwide. Deadline notes that star Tom Hanks is expected to return, but nothing is set in stone to this point. It’s hard to imagine the franchise without him, but the sheer number of copies of The Lost Symbol already sold may prophesize another profitable endeavor into secret societies for Sony.