The Mega Man Game That Could Have Been

Maverick Hunter, the first person shooter Mega Man game that was cancelled, has shown its true colors. Back in 2010 began working on a project code-named Maverick Hunter, a first person shooter that, thematically, resembled the X series rather than the original games. It was being developed by former designers of Metroid Prime from Retro Studios, now known as Armature Studio. The game as a whole had been planned out "plot wise" and the game has a playable prototype and looked to be quite awesome. In 2010 Keiji Infaune left Capcom to "start his life over" and left the developers at Armature in despair. Whether that was the the reason of Maverick Hunter's cancellation has yet to be confirmed, but realistically speaking, it's fairly obvious. The game met the fate of other ambitious Mega Man titles like Mega Man Legends 3, Mega Man Universe, and Mega Man Online.

The game itself looked really phenomenal, especially when taking into consderation it was still a prototype. I never really thought about a Mega Man first-person shooter, because I wasn't able to picture it in my mind, but this, this is how you do it. 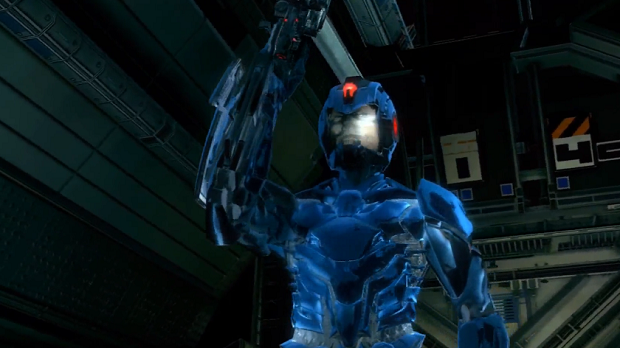 It is too bad the game was cancelled because the talent working on it was really exceptional. Well here's to another innovative Mega Man game that might yet see the light of the year 20XX. Oh, and that flying section looks amazing in action. For more info on the game click here