Paul attempts to return to his average life after witnessing a horrific event in a court house the day before. Paul was given the mission of killing the man who gunned down a Federal Judge and two others, before he was able put a stop to it; unfortunately that wasn’t something Paul could do. He needed to know why this man had to be killed and everything he saw lead him to believe that the man was a good person. Paul’s wife and child can see that Paul is disturbed by something, but they’re not sure why and Paul has to leave them in the dark.

Paul heads out to his car to find another note under the window giving him the location to meet Gabrielle at. There his guilt is worsened by Gabrielle shouting about the deaths of the three innocent people. Gabrielle gives him a new mission: Save Corman’s daughter before he kills her and kill Corman this time. Paul tells Gabrielle that he doesn’t think he can do it with a knife, but that he needs a gun. Gabrielle tells him to head into the alley way and that God will provide him the weapon he needs. 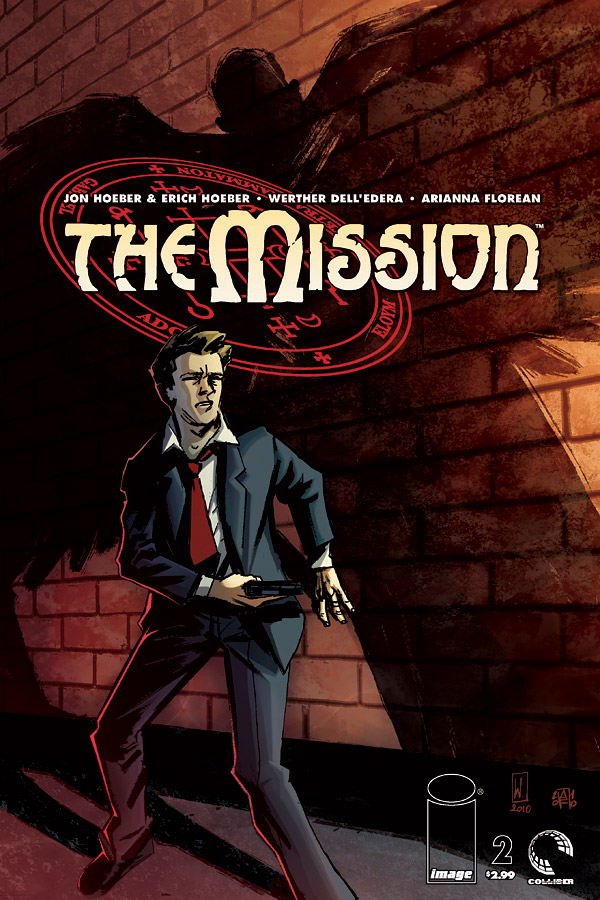 In the alley way Paul is attacked by a mugger with a gun. The mugger pistol whips him and puts the gun to Paul’s head. At that moment he decides he doesn’t want to die and knees the mugger in the groin. He disarms him and now Paul has the gun that he requested. From there he tries his hat at being a detective and searches the park bench he saw Corman sitting at the issue before. He finds a match book for a hotel that’s in a seedy part of town and figures it must be the place. On his way to kill Corman his wife calls him and he must craft a lie to explain why he’s not at work. Now Paul must decide if he’s going to go through with killing Corman before facing the man.

This book is okay. It manages to be interesting in a lot of regards and its fast pacing almost distracts you from the lack of story and character development. If you were to quickly read this book you would probably be decently pleased by it, but scratch the surface a little and you find a story that’s premise is only vaguely explained. Paul’s given this mission to kill a man, but has to go on faith that what he’s doing is right. When he chickens out he sees that he should have gone through with it. But why the hell would he ever consider it? What type of sick person takes a day off of work after meeting a stranger to figure out if they should kill someone or not? Frankly it’s this action and lack of background on Paul that makes him very unlikable.  Again, on the surface this story isn’t half bad due to the action and pacing, but go a deeper and ask yourself what you just read and you’ll be bit disappointed.

The art is decent and matches the story quite well. The main issue with it is actually Paul himself. His hairstyle is ridiculous for a man of his age; he looks like a kid wearing his dad’s suit. I don’t know if it’s the fact that artist Werther Dell’Edera has to draw Paul so much that makes the character look inconsistent, but Paul’s age switches depending on the scene. The backgrounds and set pieces are pretty full and lively when needed which helps with the overall appearance of the book.

I’m pretty torn on this book; I like the angle it’s taking, but I can’t excuse the lack of reason that the book gives. I have no idea who Paul is or why he would accept this mission. I don’t even know if he’s remotely religious which is all the more confusing. This comic is pretty average in general, but I would say that it’s worth reading and still a bit better than a lot of monthly books pumped out. It’s up to the creative team to ground the story more in reality for this book to be a real success. Hopefully they won’t get lost in the concept of the story and give the reader something to latch onto.