The Monitor: A Weekly Halo Update

This is your weekly ride on the Halo hype train. It’s an exciting time to be a Halo fan. We’re just over a month out from a major title release, which means the folks over at Microsoft, Bungie, and 343 Industries have started pumping out all of the television adds, articles, and products needed to keep the Halo community drooling, as well as try and hook as many last minute stragglers who might  be wandering around the Call of Duty isle.

A week ago you might have had to venture to the deepest corners of the internet to curb your Halo hunger, but from now on Player Affinity’s got you covered and we’ve got all of the information you’ll need to stay updated right here.

Every Sunday a new edition of The Monitor will be posted detailing the events and announcements released during the previous week.

I’m Nate Butch, a recent hiree here at Player Affinity, and I have a passion for all things Halo. It was 2001 when I first played “warthog wars” on Sidewinder. Back then all I knew about Halo was that I liked how the game could randomly generate you the name “Noodle”, and that screen watching was annoying. Nine years later I’m running my own Halo-based newsletter, frequenting the Bungie forums, and I manage my days to ensure I can get my nightly ritual of Halo 3 ownage in (and between you and me, I have a personal account set aside to save up for one of those sweet Spartan suits you find on Youtube!) 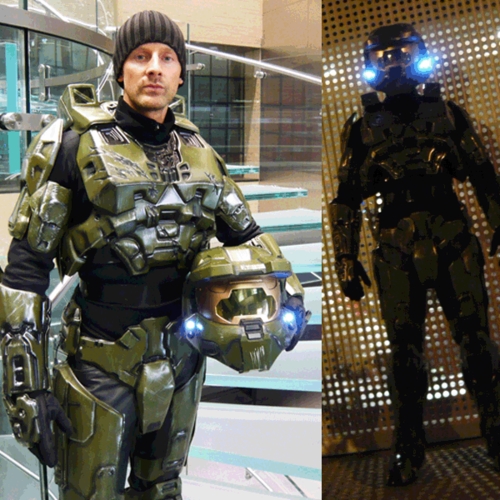 Whether I was skipping lunch for two months to pay for Halo 2, spending three-hundred dollars I probably shouldn’t have spent to buy a dozen Halo action figures, weeping girlishly the entire length of the Halo 3 credits believing Master Chief was dead, throwing the first half of my high school senior year away to pursue a career in MLG Professional Halo playing, making arrangements to paint The Chief on my Charvel electric guitar, leaving my Xbox on for 6 days in order to keep playing Halo 2 after the servers shut down, or more recently withdrawing five-hundred dollars from my savings account (that probably should have been saved for whatever my future may bring) in order to fund for the recently announced Xbox 360 bundle and necessary accessories to optimize the gaming experience, it would always be the beginning of a happy memory. I am, in every sense of the word, obsessed passionate.

And now that you know a little bit about me, I proudly present to you the first edition of Player Affinity’s weekly Halo newsletter; The Monitor.

What Happened This Week?

Towards the middle of the week, Microsoft released the following statement regarding an announcement that was to be released at an invite-only event in London, England:

'England Football Captain Rio Ferdinand and The Gadget Show's Jason Bradbury would like you to join them for a very special announcement this Thursday for the launch of highly anticipated entertainment blockbuster, Halo: Reach - out exclusively on Xbox 360 on September 14, developed by Bungie.'

The next day we learned that a Super Squad of UK celebrities, consisting of: Rio Ferdinand (the soccer star), Jason Bradbury (the television personality), and Jamelia (the once-singer turned presenter), as well as other yet-to-be-announced celebrities, were being assembled.

Not only that, but we learned that competitions are being held until mid-August to find the UK’s best Halo player, who will lead this “Super Squad”. The Squad will then go on to face the opposing team, which will be made up of the six running up competitors.

Bungie certainly did the achievement hunters of their community a favor by releasing this; the full list of Halo: Reach's achievements.

The guys over at Bungie have always had a great sense of humor, and they're known for letting it slip into their games. This time around? They've put an operational forklift in Reach. Although it's incredibly slow, you can't lift anything, and you're completely exposed to the enemy, it's going to be hard to resist hopping in this thing at the worst possible point in the game just for the laughs. At the very least, it'll add some hilarity to the "race" variant.

Last week the long-rumored Halo: Reach Xbox 360 had been confirmed, and I could finally stop asking my local Gamestop guy if he'd heard anything. We were both happy. Well this week, the leaked pictures were confirmed when Microsoft announced that a limited edition Halo: Reach-themed wireless headset and controller bundle would be available on launch day (September 14th). 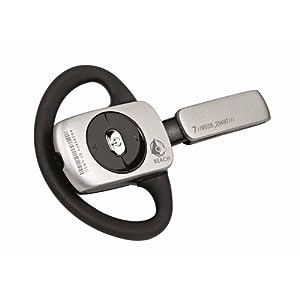 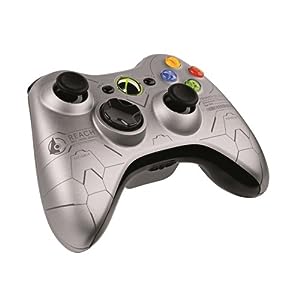 For now, this is the only bundle including the Halo: Reach Wireless Headset.

Though nothing has been confirmed as to whether or not Master Chief might be making a guest appearance in Halo: Reach, Frank O'Connor from 343 Industries released this statement regarding the future of Halo:

"When we left Chief at the end of Halo 3, he told Cortana, “Wake me when you need me” and went into cryosleep. In Halo 3’s Legendary ending, we saw Master Chief’s ship reach a mysterious planet. We’d have to be the world’s biggest a**holes not to follow through,” O’Connor said. “We certainly haven’t seen the last of Master Chief.”

I don't know about you, but this made me giggle like a schoolgirl.

If you played Halo: Combat Evolved on the PC and plan on picking up Reach, you're in for a treat. Bungie has released the following information on their forums:

"The reward is a small "visual flair", as was described during the last days of Halo 2 for players of that game. Not armor or anything in the Armory. We realize that some people have lost their keys or never played online to validate their key, and unfortunately we can't do anything about that. If that's you, you're not missing out on something like Recon or Flames, it's just a little indication that people have been part of a certain Halo community for a while, and we wanted to give them a nod."

There's something to look forward to for all you PC gamers. Looks like you'll be getting enough to feel appreciated, but if you miss out you won't be at a disadvantage.

Released simultaneously with the "UK Super Squad" announcement, this campaign trailer video shows off Reach's stunning visuals, as well as reveals small insights into the story. This video is the first Halo Reach trailer to be televised since the airing of a teaser trailer at the 2009 Video Game Awards.

When you're done wiping the drool off of your keyboard, come on back. We still have a little newsletter left!

With that, this week's news comes to a close. Be sure to tune in next Sunday for another edition of The Monitor, your source for Halo news.

*In this section I’ll be winding down The Monitor by posting little stories, comments, or questions regarding what’s going on in my gaming life. I encourage you to do the same by participating in the comment section below. Looking forward to hearing from you!

Yesterday was quite the day for me. I managed to score three games including: Mass Effect 1, Red Dead Redemption, and Splinter Cell Conviction. On top of that, I found these babies at a local game retailer: 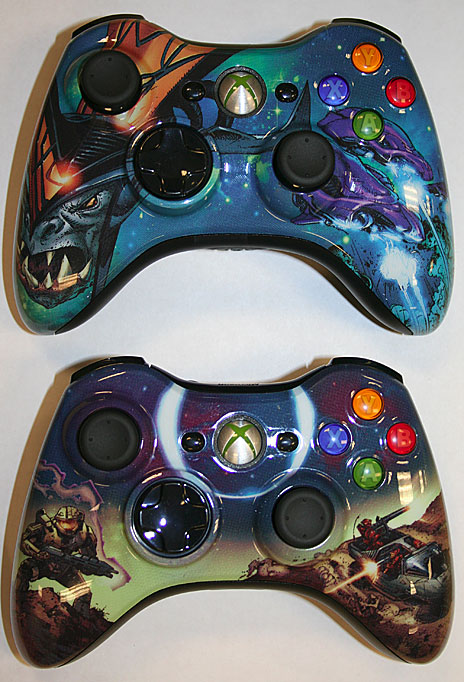 They were fifty bucks for the pair, but I knew I wouldn’t get a second chance to get my hands on these if I didn’t just go right ahead and impulse buy them. For the next month or so I’ll be using them, but after that they’ll go into my collection alongside my Halo 3 Master Chief helmet (you remember, the one only a cat could wear) and my Halo 3 action figures.

If you’ve ever been red-ringed you know it’s like getting kicked in the face. You immediately know that you’ve just been sentenced to three weeks without an Xbox -- minimum. You’re forced to go outside, rediscover other hobbies, and even try to eat a meal that isn’t crammed in between matches on Xbox live. That, or spend the next month on Facebook. You can imagine how I felt when I saw those three little LEDs flashing at me today.

The good news is that it was an apparent fluke. After booting it up a second time I was greeted with the greens and I could breathe again. However, if I had been red-ringed it wouldn’t have come as a surprise. My Xbox has been roaring like muscle car, heating up my entire entertainment center, and more recently I’ve been getting the “open tray error” which has already eaten through half a box of Q-tips. My only wish is that this old gal can last me another forty-three days until I pick up my Halo: Reach Xbox Bundle. At that time I can put her into retirement alongside my original Nintendo 64, or perhaps pawn her off for a couple of bucks (don’t tell her I said that though.)

However, forty-three days is a long time to go for a piece of machinery that’s been riding on fumes for a few months already (after the Halo 2 servers shut down, I left it on for almost a week until it eventually shut itself down. It's never been the same since.)

With that in mind, do you folks have any tips for keeping big white runnin’? Feel free to respond in the comment section! Also, for those who’d like to fire up a game on Halo, you can add my casual account on XBL: NintenToad64.

See ya on the servers!