The floodgates have been fully opened, and the Halo news is pouring out. Just as predicted, this week has been full of surprises, and it’s safe to say the Halo hype train is chuggin’ along at full speed.

However, with just over a month until Reach’s release, we’re entering dangerous ground. With constant Halo info comes the risk of possible leaks and spoilers. You can have confidence that The Monitor will provide the most Halo news possible without the risk of spoiling the game. Should any gray areas come about, I’ll be certain to warn you before proceeding.

With that, welcome to week 2!

What Happened this week?


Blast From The Past

So it looks like Master Chief’s first stop after his recent cryo-nap is on the Atari 2600. A programmer named Ed Fries decided to use 4K of precious memory to create Halo 2600, which he debuted at the Classic Gaming Expo. With the Halo theme clearly playing in all its signal note glory, a Halo fan cannot help but appreciate this. 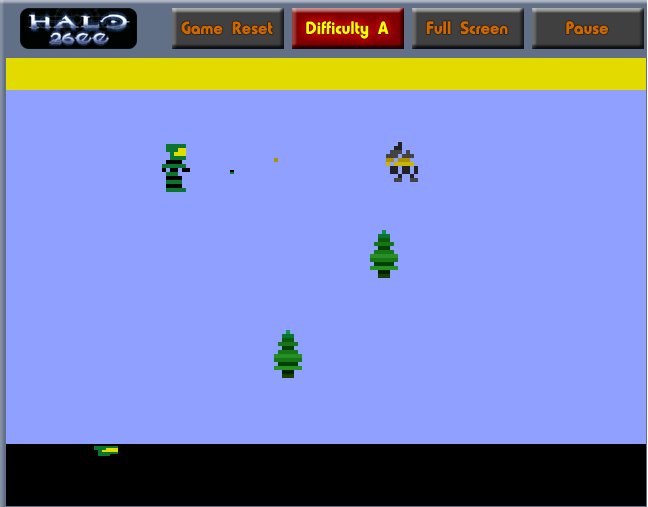 Although the Atari 2600, released in October of 1977, was not originally intended to run games 30 years into its future, those who are both nostalgic for the Atari 2600 and easily overwhelmed by a modern Halo title's complexity can try out Halo 2600 at http://www.codemystics.com/halo2600/.

We’ve all been in a match where someone rage-quits. Either they feel their team is dragging them down, or more often than not, they’re playing terribly so they let out a final curse word before you see the “xxMLGProSnipesAndBRxx quit” in the corner of your screen. You also know that this has a huge negative impact on the game if you’re not able to pull the extra weight the quitter has now just put on your team. For the last two editions of Halo you've just had to live with it. This time around, Bungie is doing something about it. 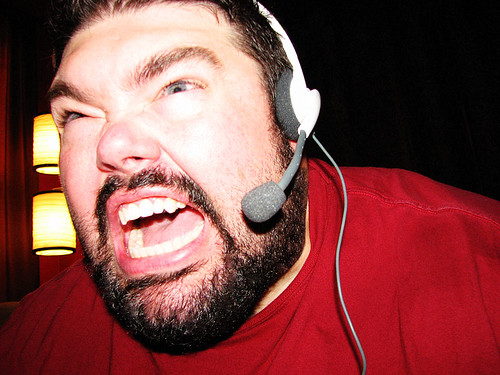 Earlier this week Brian Jarrad (not featured above), Bungie’s Community Director, stated “I think one of the new things people will be excited about to here about, is how we're going to be able to penalise people who are habitually quitting out of games, which isn't exactly cheating, but it creates a really negative experience for everybody else in the game."

During the beta we were introduced to the new system. Generally those who quit consistently were penalized with a 15 minute ban, which increased with each new quit. Caught in the crossfire were the folks who had (or claimed to have) only quit once due to an “emergency”, power-outage, or dinner.  They also received the bans, which in most cases seemed unfair. However, being that this was during the beta, we can expect that Bungie has cleaned it up for the final version. The idea is solid; we just have to hope that their system for hunting down the rage-quitters is accurate.

One of the bigger controversial topics that arose after day one of the beta was the blast radius of the grenades. The Bungie.net community quickly coined the name “mini-nukes” due to each close quarters combat turning into a grenade-spamming fest. If a grenade was anywhere in the vicinity, you weren’t going to get away, even if you had the sprint armor ability equipped. Apparently Bungie realized that this was the case, and lowered the blast radius of their grenades, as well as made them slighty less powerful.

This week Bungie announced that Halo: Reach has officially gone Gold, which means the game is completely finished and is ready for mass production. This confirms that we’ve moved from the “development” stage to “bring on the hype” stage. We can all rest easy knowing our game's finished, and that there's no chance of it being delayed. 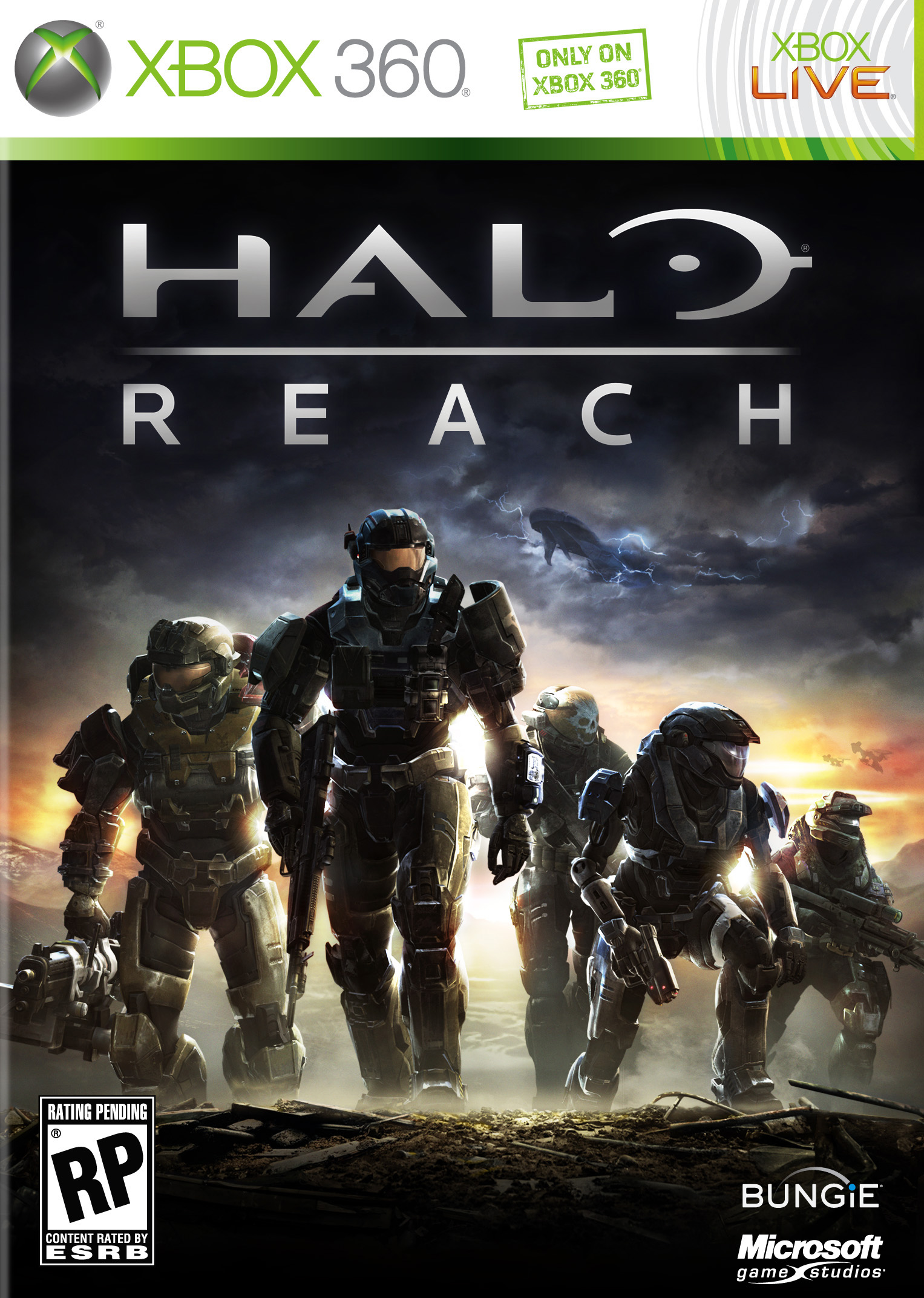 This past Friday Gamestop teamed up with Microsoft to throw an “After Hours Halo Reach Party”. There, fans were promised a video showing off new footage, hosted and presented by Tom Taylor, otherwise known as Tsquared. Tom is a professional Halo player, and a main face in Major League Gaming.

During the video, Tom shared his “Top 5 Pro Tips” to get you started in Reach.  A presentation from Red vs. Blue, a popular Halo Machinima, presented a comical twist on the idea of moving from one game to another by relating it to a child growing into their teen years. Frank O’connor also presented some information, although it was mostly a rehash of what was already released in the weeks since E3.

At the party fans could enter a drawing for a free Legendary Edition copy of Halo: Reach, as well as participate in a “text to win” contest for a life-size Spartan statue that was displayed at this year’s E3.

For a more detailed, not so unbiased report on the event, scroll down to the “Personal Goings On” section of this newsletter.

This is definitely what I consider to be the highlight of this week. I’ll keep the text to a minimum, and let the visuals do the talking.

The Revenant: It’s a fast moving two-seater that can be considered the Covenant’s warthog. It’s got a plasma cannon on the back similar to that of a Wraith’s, just not as powerful. In the words of Bungie “If you see one of these things, you either have to commandeer it or kill it. Either way, it’s gotta be quick.”

The Rocket Hog: You heard me. It’s a warthog with a rocket cannon on the back. This could turn out to be the most feared vehicle to date, especially if you’ve got one full of Spartans screaming towards your base. Get your Armor Lock ready!

The Falcon: We’ve heard a little bit about this in the past, but now we have more details. It’s a five-seater in campaign, but a three-seater in multiplayer. This is a team based vehicle, and it seems to be taking the place of Halo 3’s Hornet. One person flies it, while two others hop on the sides and man the turrets. The pilot doesn’t have control over the weaponry. From what we’ve learned so far, it's similar to a helicopter and is considered an air-support vehicle. You won’t be grabbing flags and hopping on this bird.

Disclaimer: IGN got their facts wrong. Although Reflection truly is a remake of Ivory Tower (and a beautiful one at that), Zealot is not a remake of Midship at all. The only similarities come in the purple color scheme, and the fact that it's based on a ship. Bungie confirmed that Zealot is a completely new map. Enjoy.

That’s it for this week’s news! See you next Sunday for another edition of The Monitor.

So I arrived a little late the party, but managed to find sixteen hours over the course of three days this past week to experience the glory that is Red Dead Redemption. Having played the Grand Theft Auto series and been a fan of Rockstar for many years, I had faith that they’d be able to put out a quality game. However, I had no idea I would love it as much as I did. Without going into too much detail (or writing a full review in a Halo newsletter), I’ll just say that RDR provided one of the greatest stories that I’ve had the opportunity to control with two analog sticks and a couple buttons in a long time. If you’ve got a few days and a couple dollars in your pocket, you should stop reading right now and go rent it. It’s worth your time.

I took off work for this.

In fact, because I went to this, I had to work a nine hour shift today to make up for the hours I missed on Friday.

At about 7:30 p.m. my buddy picked me up and we drove an hour out of town to one of the three Gamestops in Wisconsin that was hosting this event. When we arrived we were greeted by some of the most unpleasant Gamestop employees I’ve ever had the misfortune to meet. The employees at my local Gamestops are passionate, charismatic, and want to talk about video games as much as I do. Without being mean, let’s just say these guys were quite the opposite. At the time it was okay, for there was nothing a little Halo hype couldn't fix…or so I thought.

Nine o’clock came rolling around and there were about twelve people in the store. Good thing Gamestop told me to show up early because there were “sure to be long lines.” Oh well, at least I had a better chance of winning something, right?

A few minutes later the video started. I was prepared to salivate over the new footage. Instead I was greeted with a half hour of TSquared telling me how to camp and take cover when being shot at. Even better? The same Red vs. Blue promotional clip played between every “pro tip”.  Scattered throughout these were snippets of footage that were released not long after E3. Footage that any Halo fan who was willing to go to a “Halo After Hours Party” had obviously already seen. THIS was the “new Halo: Reach footage” we were promised. None of this was new information or footage.

Not only that, but this “party” was an hour and a half long. The video was only a half hour long. You had to sit through three repetitions of it in order to see if your one-in-twelve shot of winning the Legendary Edition paid off, and if it didn’t (like mine) this “party” was a complete waste of time. The only thing that can make that trip worth it is if I turn out to be the one person in America to win the life-size Spartan statue. With those odds being very slim, I think it’s safe to say this Halofest was a complete waste of time and energy.

When I got home (after a grumpy hour-long trip back) I was quick to hop on the Bungie forums to find hilarious threads created by people who shared my same experience. There were a lot of hate-rays being directed at Tsquared, Gamestop, and Microsoft. Aside from those who won Legendary, Friday night was full of a lot of angry "17+" year olds.

I felt better knowing I wasn’t alone.  For those who missed it, congratulations. For those who went to it, I’m sorry. The pre-launch party on September 13th is sure to be better. My local Gamestop, run by the guys I like, is going to be giving away games and accessories, as well as providing free pizza and soda!

What about you? Did you attend Gamestop's Halo Fest? What were your thoughts on it?