With Scott Pilgrim vs. the World being released to the world this weekend, what better way to celebrate than a top ten that combines two of our favorite media at Player Affinity: movies and comics? Seeing as "Scott Pilgrim" fits the alternative comic "label," that's what we're focusing on today: then ten best alt comic/graphic novel movies.

It was a difficult list to make, with fine films such as Ghost World and American Splendor just missing the cut, the Blade and Hellboy series being a little too mainstream and Battle Royale being disqualified because its based on a novel rather then the manga series. But this list does have a wide range of adaptations, some very loyal to their source material and some that took quite a bit more liberties and they come from all over the world, including America, Britain, France and Japan.

Alan Moore is a comic book institution, writing some of the best comic books and graphic novels we know and love. Watchmen is his best work, a bold re-interpretation of the superhero myth and complex story involving crime, murder and the threat of nuclear war. Many directors tried and failed to get the Watchmen film project off the ground, including Terry Gilliam (Twelve Monkeys), Darren Aronofsky (The Wrestler) and Paul Greengrass (The Bourne Ultimatum) before Zack Snyder brought it to life. Snyder made the film as loyal as possible to the graphic novel and expertly cast Jackie Earle Haley and Billy Crudup as Rorschach and Dr. Manhattan. Watchmen has one of the best title sequences I have ever seen and started my love for Bob Dylan. But I am still waiting for the 3-hour-30 minute Ultimate Cut to be release in the UK. 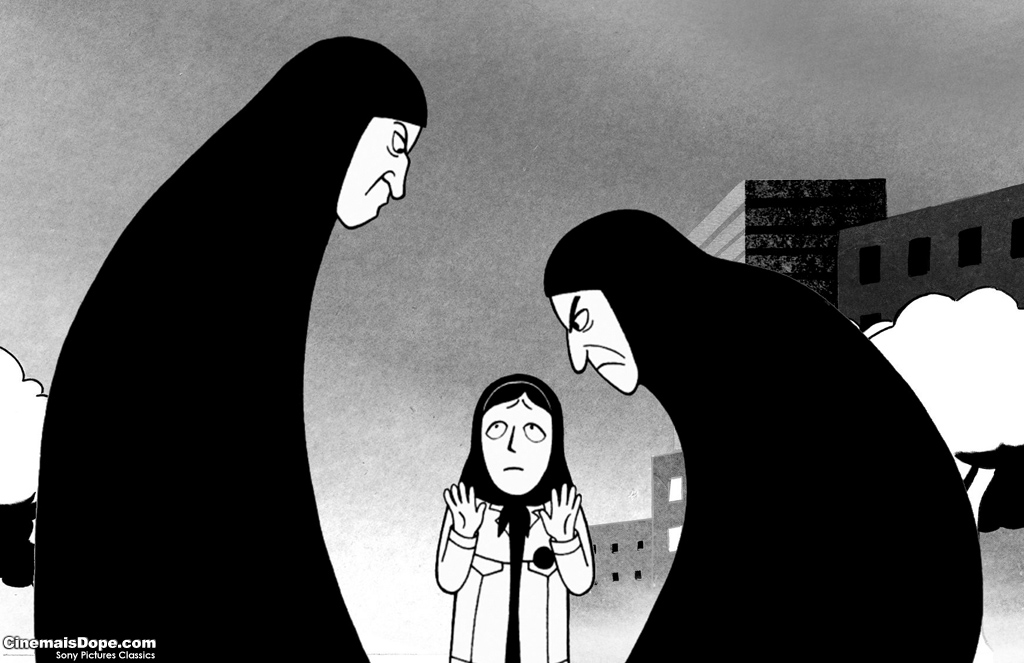 Persepolis is an autobiographical graphic novel by French Iranian author Marjane Satrapi. She co-writes and co-directs the film adaptation of her critically acclaimed work with comic book artist Vincent Paronnaud. Unlike most adaptations, these two kept the same black-and-white drawing style from graphic novel. Persepolis won the Jury Prize at Cannas and was nominated for the Academy Award for Best Animated Feature.

Persepolis tells Satrapi’s life story from living through the Iranian revolution as a child who was interested in Western culture, to suffering at the hand of racism while at school in Austria, to returning home to Iran.
Persepolis is a personal story brought to the screen by people with real passion; a real good example of independent comic books and indie animation.

V for Vendetta is considered to be Alan Moore’s attempt to make a comic book version of George Orwell’s 1984. Although it was clear that that great novel influenced the series, Moore did make his own story, influenced by his thoughts on Thatcherism and Nuclear War and he made a rich, dark comic with a great anti-hero, a ruthless anarchist fighting fascism.

The Wachowski Brothers, who are fans of the comic book series, adapted it to film and updated the themes to focus on the war on terrorism, Iraq War and neo-con politics, though they kept the British setting. With James McTeigue helming his first film, he expertly handles a film with real substance about the politics of fear and the conduct of the war of terror in a sci-fi setting. 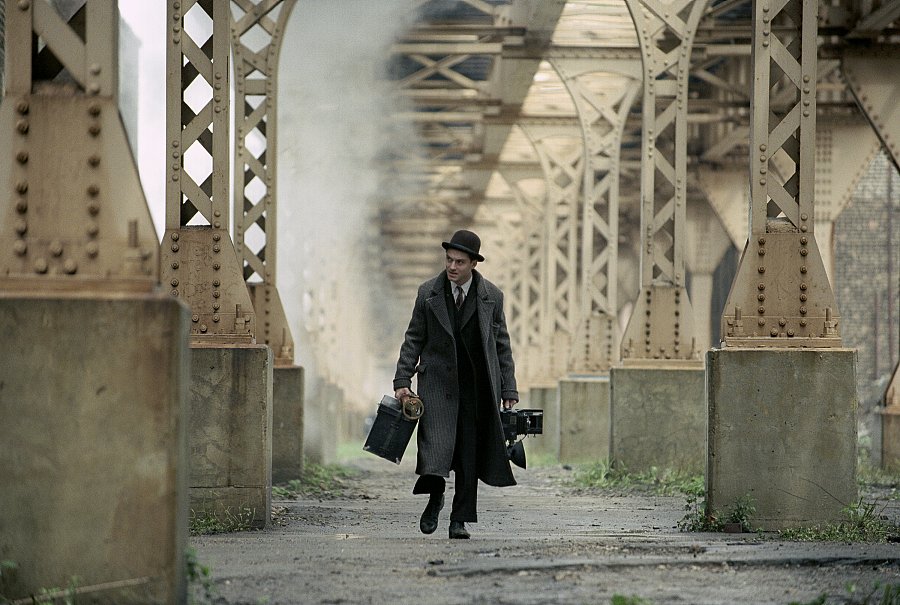 The original graphic novel was written by mystery writer Max Allan Collins about a father and son on the run from Michael O’Sullivan’s gangster masters in this Great Depression-era set story in the Midwest. Sam Mendes from American Beauty fame took on the directing duties and recruits an amazing cast including Tom Hanks, Paul Newman, Daniel Craig, Jude Law and Stanley Tucci.

Road to Perdition is a wonderfully made film and it is not just a gangster film but also a story about a father and son relationship. It is an adult-oriented adaptation and non-comic book fans would possibly not even realize it was adapted from a graphic novel. Law was very effective as a psychopathic killer and is the only comic book-like character in the film. 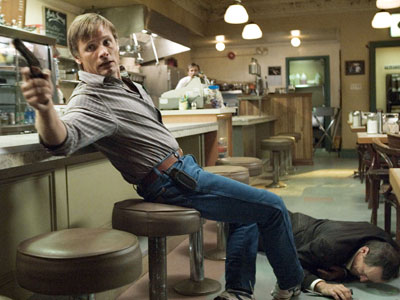 David Cronenberg, a director more famous for horror films like The Fly took on the project and made a loose adaptation of the graphic novel. Made as a thriller, Viggo Mortensen was cast as Tom Stall (Tom McKenna in the graphic novel), a small-town diner owner and family man who kills two robbers in self-defense. But the unwanted media attention brings back enemies from his own dark past.

Although A History of Violence was a crime film, it was also an examination of dark psychology of the human mind, small town America, family life and how no one can run away from his or her past. Mortensen cleverly avoids being typecast after Lord of the Rings and Cronenberg expertly directs all the themes in a 90-minute package. Interestingly, A History of Violence was also the last major film to be given a VHS release. 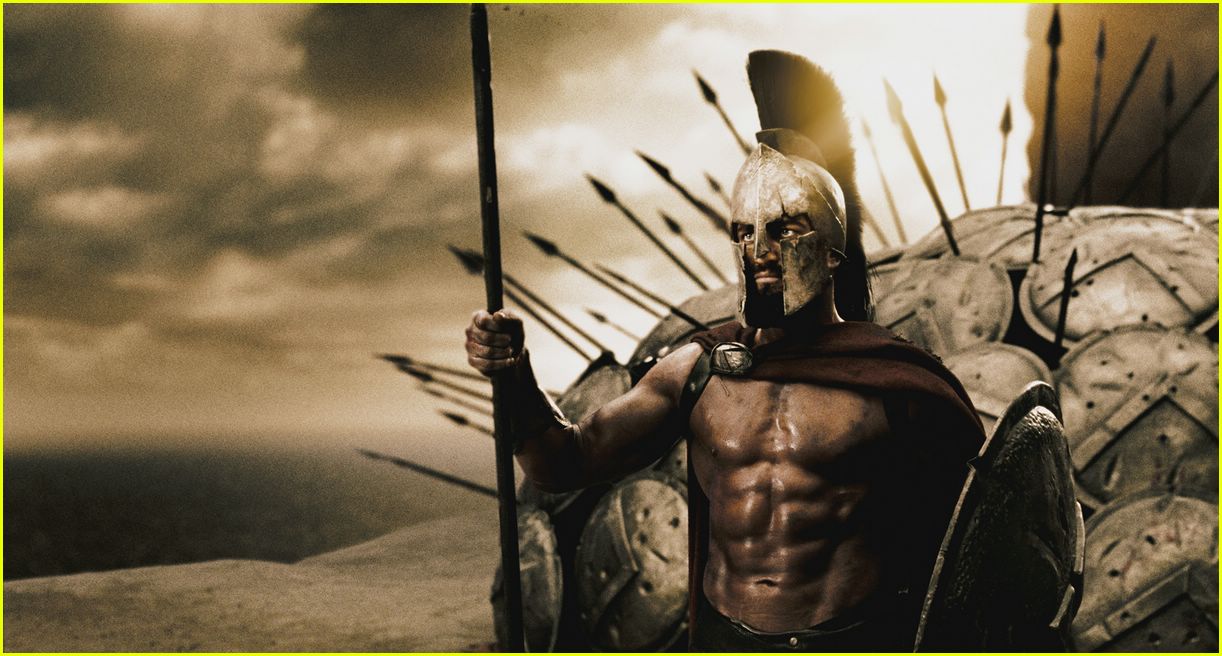 Like Alan Moore, Frank Miller is one of the best-known and most talented comic creators around. But unlike Moore, Miller is willing to work with Hollywood, acting as a screenwriter, director and producer. Miller was heavily influence by the Battle of Thermopylae and the film The 300 Spartans, which lead him to write his fictional take on the battle in 300.

Miller served as a producer and consultant, with Zack Snyder directing his follow-up feature after Dawn of the Dead (2004). Synder made a highly stylized bloody action film with excellent one-liners and appealed to comic fans and non-comic fans alike.

Snyder avoided casting big names and brought in a cast of respected actors, including Gerald Butler in a star-making role, David Wenham (The Lord of the Rings: The Two Towers), Dominic West (The Wire), Michael Fassbender (Inglorious Basterds) and Lena Headey (Terminator: The Sarah Connor Chronicles) in an extraordinarily entertaining film. 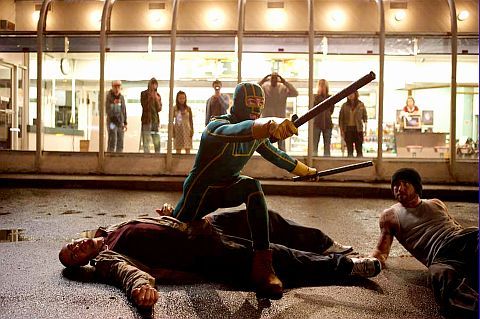 Mark Millar is slowly becoming a big-name comic writer. He has written issues of X-Men, Spider-man, Wolverine and Superman and his miniseries Wanted was adapted into a film with mixed results. Kick-Ass is the best adaptation of Millar’s work, focusing on Dave Lizewski as he becomes a real-life superhero despite having no powers or training.

The writer/director/producer Matthew Vaughn (Layer Cake) worked with Millar because the comic series was still being published during the screenwriting process. Kick-Ass is a highly entertaining film with lots of action, violence and comedy and a fine parody of superhero films. It plays on a fanboy fantasy and Vaughn recruits an excellent cast, including experience actors Nicolas Cage and Mark Strong and youngsters Aaron Johnson and Chloe Moretz.

Kick-Ass was just released a couple weeks ago on DVD and Blu-ray. 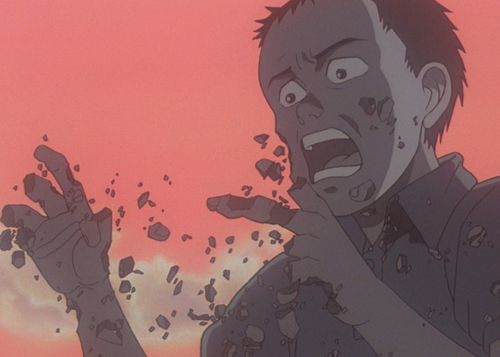 The original manga of Akira was a 2,182 page epic, so as you can imagine, some elements of the story had to be cut from the anime film. But Akira is an important film; being the first anime film to be a success in the West and its cyberpunk imagery being a major influence on the Wachowski Brothers and The Matrix.

Set in 2019, 31 years after World War III, Akira is a epic sci-fi film. Neo-Tokyo has been built over the ruins of Tokyo and terrorism and gang violence are common. When a psychic child escapes and gang member Tetsuo is captured by the military his best friend and gang leader Shotaro is thrust into middle of the revolutionary struggle and must find out about the mystery of Akira.

Akira has many sci-fi ideas, great action, wonderful animation and the dystopic feel of A Clockwork Orange -- a fantastic cult film. Also, be sure to watch the film in Japanese, not in English. 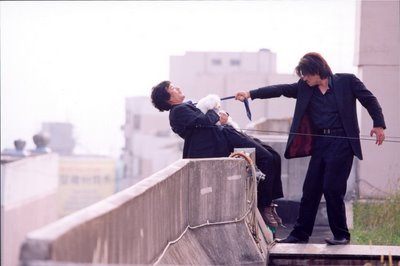 Park Chan-Wook, the greatest director from the Republic of Korea, loosely adapted the Japanese Manga series Oldboy as the second part of his Vengeance trilogy. Park and his writers change the setting from Japan to Korea and alter some of the plot, but it still makes for a powerful film. Oh Dae-su (Choi Min-sik) is kidnapped and held captive for 10 years. When he is released Dae-su has to find out why he was kidnapped, fighting and torturing his way to the truth until his captor gives him an irresistible offer.

Oldboy won the Grand Prix at Cannes in 2004, but President of the Jury Quentin Tarantino did want the film to win the Palme d’Or. There is the talk of a Hollywood remake, but there is no way a Hollywood film would dare have the same ending as the original.

Frank Miller’s most famous creation is Sin City, a gritty series of graphic novels told with little color and in a neo-noir style. The series is filled with faulted characters fighting for their own way in a corrupt city. Director Robert Rodriguez was so adamant to make the series he made a proof-of-concept short to show Miller what he could do. Miller wrote the script and co-directed with Rodriguez and the two made one of the most loyal adaptation ever; with some of the comic panels acting as a storyboard prints.

Rodriguez and Miller kept the effective mix of black and white and colour and the wonderful noir style and themes. There is an ensemble cast including Bruce Willis, Clive Owen, Mickey Rourke, Benicio del Toro and Michael Clarke Duncan, all excellent in their roles.

Best of all, we get three stories in one film. Now we just have to hope for more than one movie.