The PAM-10: Greatest B Horror Movies

In honor (is that the right word?) of Piranha 3D’s release today, the time has come for a list of the top ten B horror films, those low-budget efforts almost without exception containing lurid violence and sexual content, the stark middle ground from the star-driven commercial vehicles and indie arthouse features.

‘Twas an odd thing to compile, this list. How do you judge what qualifies? Couldn’t conceivably the worst B Horror be considered the best in a way? What about budget? Piranha 3D cost 24 million dollars, which in many circles would automatically disqualify it as a contender. Yet it exemplifies the content characteristics commonly found in such movies.

The recipient of one of the finest marketing campaigns Paramount’s ever produced, Paranormal Activity is a love it or hate it film. I find myself belonging to the latter category, believing its gimmicks and story about a couple whose home is haunted by spirits to be quite boring, however I’m humble enough to admit that it scared the bejesus out of a lot of people. It makes my list because it so well exemplifies what a B horror flick was created for: 1) Make a movie dirt cheap (11,000 dollars in this case), 2) Scare people, 3) Profit.

This film was extraordinarily controversial when it was first released. Director Ruggero Deodato even had his film prints seized and was forced to prove his actors were still alive before the authorities would give them back to him! The story's simple: documentary filmmakers journey to a new land only to find that the natives eat people. It’s another “found footage” movie and it makes the list strictly because of the controversy it caused and the monetary success it achieved. There are few movies I find morally reprehensible, but its hyper-aggressive depictions of rape and animal sacrifice put it in that territory. Of course, just what the hell else was I expecting from a film titled Cannibal Holocaust? Suffice it to say, not for queasy folk.

One of the mack daddies of horror franchises, Friday the 13th is the most successful horror film series of all time, the killer in which, Jason Voorhees, is instantly recognizable to most regular moviegoers. The combined box office gross of the series exceeds 600 million dollars, and to think it all started with a lil’ movie that had a murderous old woman slaughtering amorous teens at Camp Crystal Lake. The acting is atrocious (generally the rule and not the exception in B horrors) but it’s realistic murders scared the piss out of audiences who couldn’t help but wonder just how they got that arrow through Kevin Bacon’s neck. It doesn’t touch its infinitely superior predecessor Halloween, but it’s good enough for number 8. 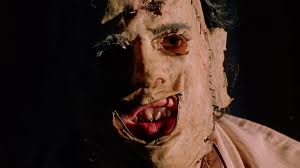 Tobe Hooper’s 1974 film loosely based on the serial killer Ed Gein about a group of traveling youngsters besieged by a family homicidal rednecks is one of the creepiest of its time and is often credited with many of the conventions that have since become cliche: a hulking masked killer and the lone, often female, survivor who manages to get away. Of particular note is the menacing music, which while not as memorable as say the Halloween or The Exorcist themes, takes the heinous actions of villain Leatherface to a whole new level, especially in the infamous “meathook” scene. 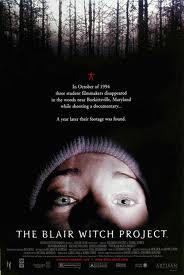 The most financially successful film from a profit to budget ratio until Paranormal Activity came out, The Blair Witch Project follows three film students who are making a documentary about an urban legend known as the Blair Witch who, rumor has it, possessed a man and made him slaughter several children. Quentin Tarantino said on the Charlie Rose Show four years earlier that it was inevitable that somebody would make a blockbuster with a dinky video camera. Directors Daniel Myrick and Eduardo Sanchez did just that, not only smashing box office records in the process, but revitalizing the “found-footage” horror sub-genre.

Speaking of Tarantino, his 2007 collaboration with Robert Rodriguez produced some a pair of underrated films. A delightful homage to the exploitation films of the seventies, Grindhouse offered the audience the most bang for their buck in recent memory, with a double feature and even made-up trailers for coming attractions being part of it (one of which, Machete, has been turned into a feature and will be released on September 3). A popcorn movie of the highest caliber, Grindhouse further honors its genre by being such a fine specimen of it. 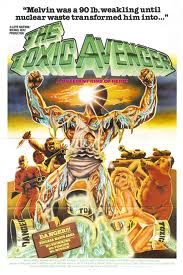 The Toxic Avenger is not so much a B horror film as it is a B comedy posing as a B horror film. When a nerd finds himself accidentally dumped into a can of toxic biological waste (don’t you hate it when that happens), he takes it upon himself to fight the scum of the streets and get the sexiest women 1986 had to offer. To even get into describing the plot further would just leave you scratching your heads. I thought it best to just let the trailer speak for itself.

The film that gave Sam Raimi and Bruce Campbell their careers was among the first to spoof the horror genre, albeit with incredibly black humor (how many spoofs do you know of that actually feature a rape?), by ratcheting up the violence and gore to a ridiculous degree. Those who hate it will argue it’s tasteless drivel. Its defenders would say it succeeds on both comedic and terrifying fronts. And both would probably be right. 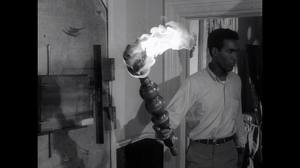 2. Night of the Living Dead (1968) - George Romero’s timeless black and white zombie film holds the distinction of being the only film that actually scared me. Movies like Halloween and Jaws made me fear for the characters, Night of the Living Dead is the only movie I’ve seen that made me fear for myself. Budget restrictions confined director Romero to a house in the middle of Pennsylvania, which required him to “bring the horror to the house.” On one creepy night, the dead have risen for unexplained reasons, and a group of untainted individuals are holed up in a barricaded house, hoping to survive the night. As if being attacked by zombies wasn’t bad enough, they fight amongst themselves as to proper strategy, often putting others at risk by acting on what they think is best. Truly a hallmark of the genre, this is one not to be missed.

John Carpenter’s sleeper hit is the king of all slasher movies and for my money, all horror in general. Produced for $320,000 and originally titled “The Babysitter Murders,” Halloween came out of nowhere to gross 60 million worldwide and launch what Roger Ebert referred to as “dead teenager” movies. What differentiates Halloween from most of its copycat fare is the tension Carpenter creates between The Shape’s kills. He doesn’t rely on gore to shock the audience, but Hitchcock’s “bomb on the bus” method - showing the audience that danger is imminent while the victim chats on the phone nonchalantly as if they’ll live to see tomorrow. One can’t help but hold their breath at the end as The Shape smashes in the door to the closet where Jamie Lee Curtis is hiding, her only weapon being a wire hanger. The killer was death in a human form, not something that can be killed but only temporarily staved off, and has been mimicked in countless films since. 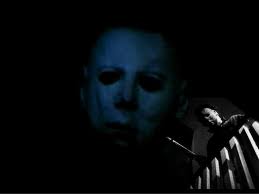