One issue into the Phantom Stranger’s solo series and it seems to be time for some Trinity War build-up.

The build-up in question lasts only a few pages, but it is just exemplary of one of the major faults of the title. Instead of taking the time, and this is necessary time, out to build up it’s own setting and mythology it spends that time doing it for other concepts and characters. Subsequently this doesn’t engender an environment where the reader is allowed to become invested and that the series couldn’t go two issues without building up the “next big event” is ominous.

That being said, the way it was done here was relatively, or rather comparatively, well. The flow of the story isn’t really that impacted, but is instead allowed to segue only slightly stunted into some character insight. Perhaps the reason for this is that Pandora and Trinity War is already so tied to The Phantom Stranger that it can pass for natural a little bit. Since it takes up the cover and takes around 5 pages to go through the tie-in is just as intrusive as a normal one would be, just less pointless.

As from the Zero Issue to the first issue there is again noticeable increase in the quality of writing and structure. The first issue, while put together with more care than the zero, was still an inconsistent mess in both tone and plot. Jarring moments took the reader out of the moments in the issue that did work. With this issue, however, that is rectified but not to any large extent. 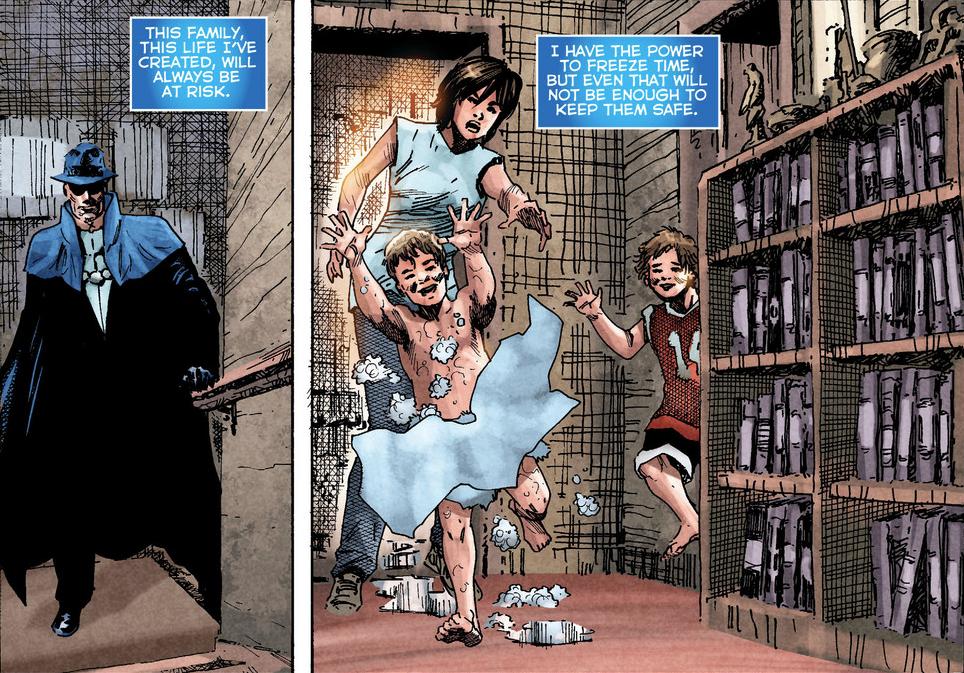 The tone is now more consistent, with less out of place moments, and pushes forward both character development and the plot. Surprising improvement considering the origins of the series. We get more insight into the Stranger, especially into his thoughts about his family, and it plays off well as the classic Stranger moments are more in the forefront. There is even the introduction of a DC Universe fan favorite – Dr. Terrence Thirteen, which is handled about as well as Raven’s was. Internal plot points are set-up as well, which is what this series is in serious need of. The Phantom Stranger is taking some tangible steps in the right direction, even if it somewhat fails to quite meet their potential.

One noticeable fault in this issue is the return of the inner monologue, which was last seen in the Zero Issue. I have problems with this because not only does the series work better without it, but that Dan Didio still hasn’t worked out all the kinks with it yet. It’s better utilized here, but not well enough to justify its existence. Other than that and the more inconsistent tone, the rest has stayed at pretty much the same level. The art, by Brent Anderson and Philip Tan, has improved somewhat as the line work has become more consistent and detailed. The series does seem to be on a rise with each new issue, but will it continue? We will just have to see.