The Phantom Stranger has walked the Earth for millennia, but now he must face a clear and present danger in the form of a blast from the past – in more ways than one with The Haunted Highwayman! This is a highly anticipated issue amongst older fans as it marks the proper debut of Terrence Thirteen into the current DC Universe. We might have had an, admittedly quite good, ancestor shown within the pages of All-Star Western, but now it’s time to see what the modern version is like. While some might have wished for a better series to see him return in I was willing to give Dan Didio and The Phantom Stranger a chance. 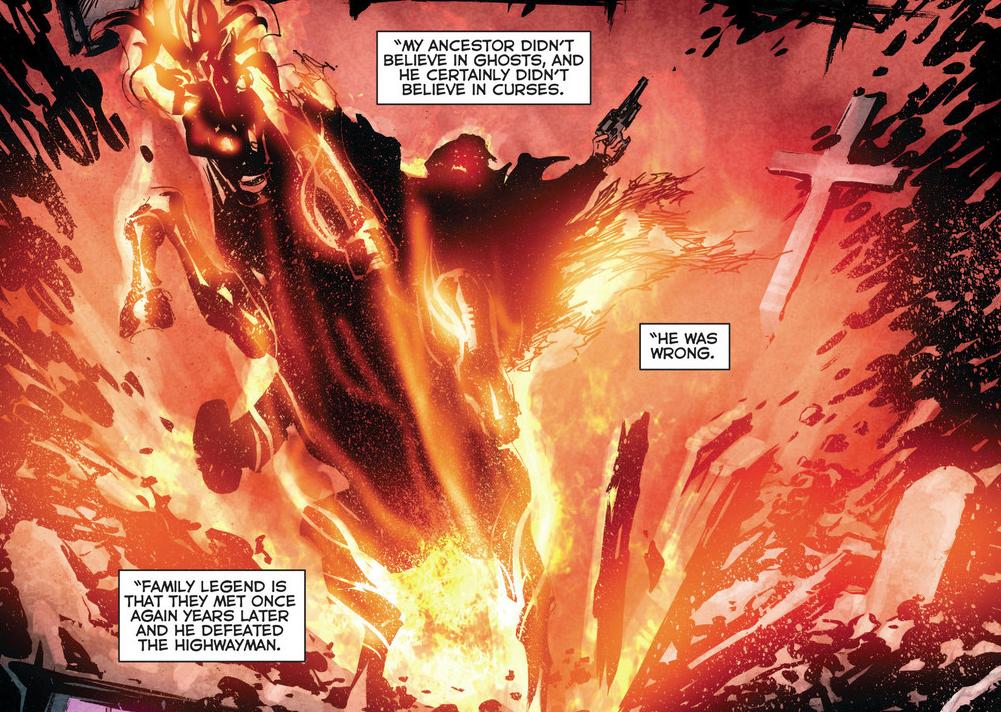 The series has, as a whole, been improving since DC’s Zero Month initiative. Of course that might not be truly saying much given how horrid the zero issue of the series was, but marked improvement there still has been. Again, as with the last two issues, my main worry was that perhaps the main fault of the series would rear it’s head once more – the premise. The series is practically littered with good to pretty fine Stranger moments only for those moments to be laughably skewed once the “curse to betray” conceit comes around. It’s a playing field too uneven for hammy writer like Didio to navigate through. It might not have been a problem with last month’s installment, which was more of a character building exercise than anything else, but the option was on the table with this. If it was played then the story would go off the rails rather fast.

Fortunately, it was once again a non-issue here. Though it is something that might worryingly become common for the series. In any case I was glad that it was not used here. The exclusion allowed for a more direct story without taking a break to veer off into a tangent about how “this is for the greater good” or something of that sort. The time is instead used to peer into the mind of The Phantom Stranger in another case of the inner monologue being used more effectively than it has been.

Coupled with that is a surprising second thing that later issues are doing better than the zero – digging into the New 52 origin. The zero issue was one of the most hamfisted attempts to reconcile of the “possible” origins for the Stranger into canon, but here it is played with relative subtlety to its benefit. This is not to mean that Didio’s penchant for hamminess is not in play, as it pops up during an obviously ominous dinner scene, but in regard to the origin it was an improvement in form. The zero issue had left a bad taste it seems the issues after it are working hard to erase. 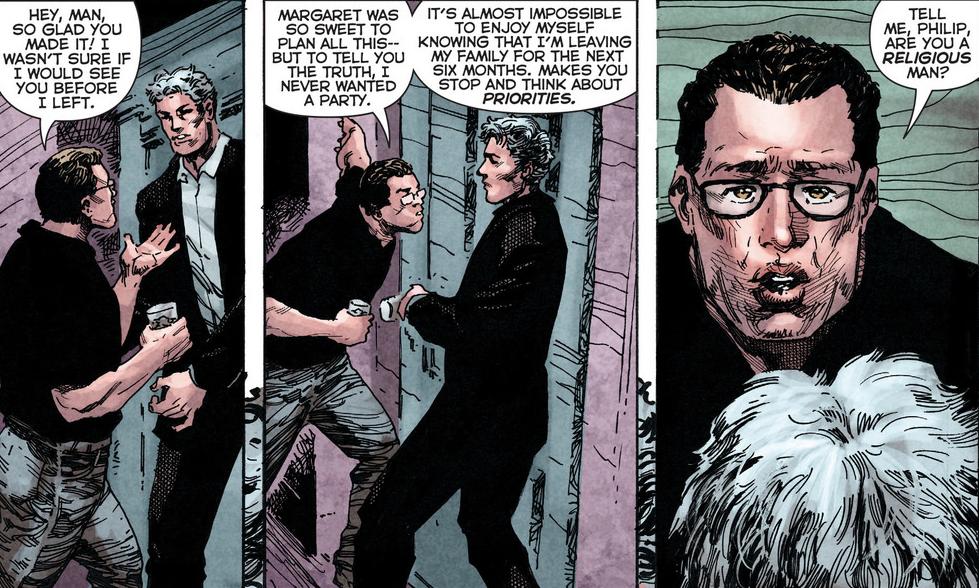 As for the story, disregarding the aforementioned dinner scene, it was surprisingly enjoyable. If Didio’s lack of tact and subtlety are good for anything it is for writing some over the top scenes, something that The Haunted Highwayman lends himself to greatly. It’s quick, fast, and has some actually entertaining lines. Now this new Terrence Thirteen is a serious departure from previous version, but it isn’t an offensive change, but simply a new one open for new possibilities. There is, however,  a surprise guest appearance by a character whom fans of Dr. Thirteen might recognize that steals the show. It really is quite the jaw dropper.

This issue is the best the series has to offer so far, again not that hard. The art is as good as it has been with Brent Anderson on pencils and Philip Tan doing embellishments. Overall the series is still has quite the journey to go before it can reach its full potential, but the journey is being made – and that is great. It gives the series some goal for a brighter tomorrow. We can only hope that next month brings the same amount of improvement or more.