The Power Rangers are getting their own Graphic Novel 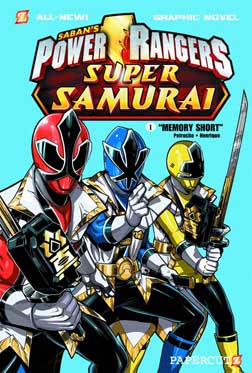 Are you guys excited for the series? Do you like Power Rangers Samurai? Did you wish this was going to be a graphic novel for Mighty Morphin Power Rangers? Tell us in the comments below.