"Revenant - A person who has returned, especially supposedly from the dead."
By: Russ Matthews | Movie Reviews | December 14, 2015
Coming off the success of Birdman in 2014,  can Alejandro González Iñárritu achieve more success with The Revenant? His commitment to original filmmaking throughout this 80 day shoot is exciting to consider.
Bear Grylls could not have written a better script for The Revenant or it may be better said that Hugh Glass could have been the inspiration for Grylls and his excursions into the wild. Academy-Award winning director Alejandro González Iñárritu follows up his universally acclaimed film, Birdman with this extreme survival tale. He shares the true-to-life journey of wilderness guide, Hugh Glass (Leonardo DiCaprio), as he leads a hunting expedition through the uncharted frontier of the young American landscape. After losing most of his hunting party to an attack from an Indian raiding party and then being viciously attacked by a bear, he is left for dead by this small band of men because of the counsel and actions of veteran trapper, John Fitzgerald (Tom Hardy). Survival becomes a primal motivation for Glass, if he is able to see Fitzgerald brought to justice. The frontier man must reach deep into his will to live and overcome great physical odds of the wilderness as his story of survival, redemption and revenge unfolds on the unforgiving landscape. 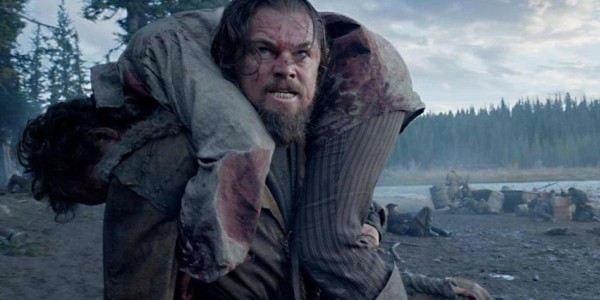 The journey of Hugh Glass is the kind of tale that bores into the soul of a man and rips away all of the nonessential components of life and exposes all that is vital to survive. With minimal dialogue and stunning camera work, Alejandro González Iñárritu manages to deliver one of the more poignant depictions of the survival instinct of man. Albeit it is hard to imagine that any one person could endure all that this explorer went through, Glass’ tale shows that mankind can stretch itself beyond the greatest of obstacles. By adding in the spiritual components of the story there were stoppages in the story, but these moments of calm provided a respite from the continual action sequences. The narrative is unforgiving and exposes the evil intentions of man and the vicious nature of the environment which fuels the continual race to survive and the search for justice. This cinematic battle is unrelenting and is not for the faint hearted, but proves to be a captivating journey that cannot be limited to words alone. 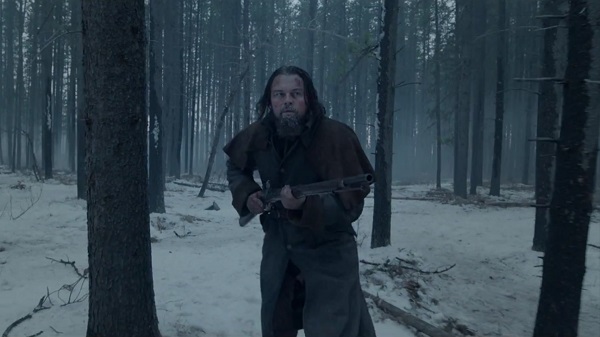 Talking with friends after the film, The Revenant managed to show that good and evil are not limited to any one people group, but is found deep in the heart of mankind itself. In this portrayal of visceral brilliance, Leonardo DiCaprio and Tom Hardy provide two sides of the forces that drive men’s desires. Loyalty to family and the will to survive which are countered with an underlying greed and the need for acceptance of present company provide a mix of motivations that show even the most noble rationale can be tainted by selfish incentives. These men were nearly perfect in their realistic portrayals of life in a frontier existence. With the artistic combination of the vibrant cinematography, different shades of gray, the compelling performances from the lead characters and the audience's desire to see this through until the end, this film develops into one of the most entertaining experiences of the year.
The story of Hugh Glass and his story of survival takes the statement, “What doesn't kill you, makes you stronger,” to a whole new level. Woven into this sordid tale of revenge, redemption and survival is the consideration of how far man’s will can be stretched. Glass was powered by the desire to see justice brought about for his family, but even the end shows that this goal can lead to a hollow victory. The Revenant is one of those experiences that remains with you for quite some time after seeing it. This splays open the human condition and cuts it back to the bone. It is worth the time. It will not merely entertain, but will challenge your heart.
Rating
9.0
Pros