The largely anticipated, by way of DC Comics’ tremendous hype machine, crossover event (and the very first of the New 52) – Trinity War – has finally been announced. Over a year in the making what news has finally been brought down to us?

Well it seems it the event kicks off within the pages of Justice League (specifically Justice League #22) and much like Geoff Johns’ Green Lantern title crossovers will continue chapter to chapter within Justice Leage of America and Justice League Dark. Trinity War will run a surprisingly little two months – only July and August – for a total of six issues. This is good news for those reluctant readers who felt that the event would barge in and disrupt a great deal of titles. So those who are enjoying, for example, Wonder Woman can very likely continue to do so without intermission. For something so greatly hyped it’s actually shocking that they are showing restraint to only two months of story. Of course, there is not much need to disrupt many titles when those such as The Phantom Stranger and Trinity of Sin: Pandora exist to carry that weight already.

In other news related to Trinity War – at the start of said event Justice League of America will be seeing a brand-new creative switch as Jeff Lemire (Green Arrow) joins Geoff Johns behind the writers desk and the very poor David Finch is replaced by repeat Johns collaborator Doug Mahnke (Green Lantern) – good news for those following JLA. Johns also promises the first contact of Shazam with the various Justice Leagues as well as what he decribes as “heavyweight battles”. It seems that while Johns has moved on from Green Lantern he has settled down onto the Justice League titles. "We really want to find and carve out the Justice League corner of the DC Universe," he describes. "It is a universe all itself with these three teams, and it feels big enough to be worthy of a Justice League story."

That isn’t all, however, for it seems that – again – like Johns’ Green Lantern crossovers he has plans to seed for future events within Trinity War. "It's not going to end wrapped up in a bow," he says. "Something really, really major happens that kicks off some pretty crazy stuff at the end of August." Shown below is the triptych cover for Trinity War comprised with the first three parts going from Justice League, to Justice League of America, and then to Justice League Dark. In classic "collect them all" spirit, of course. 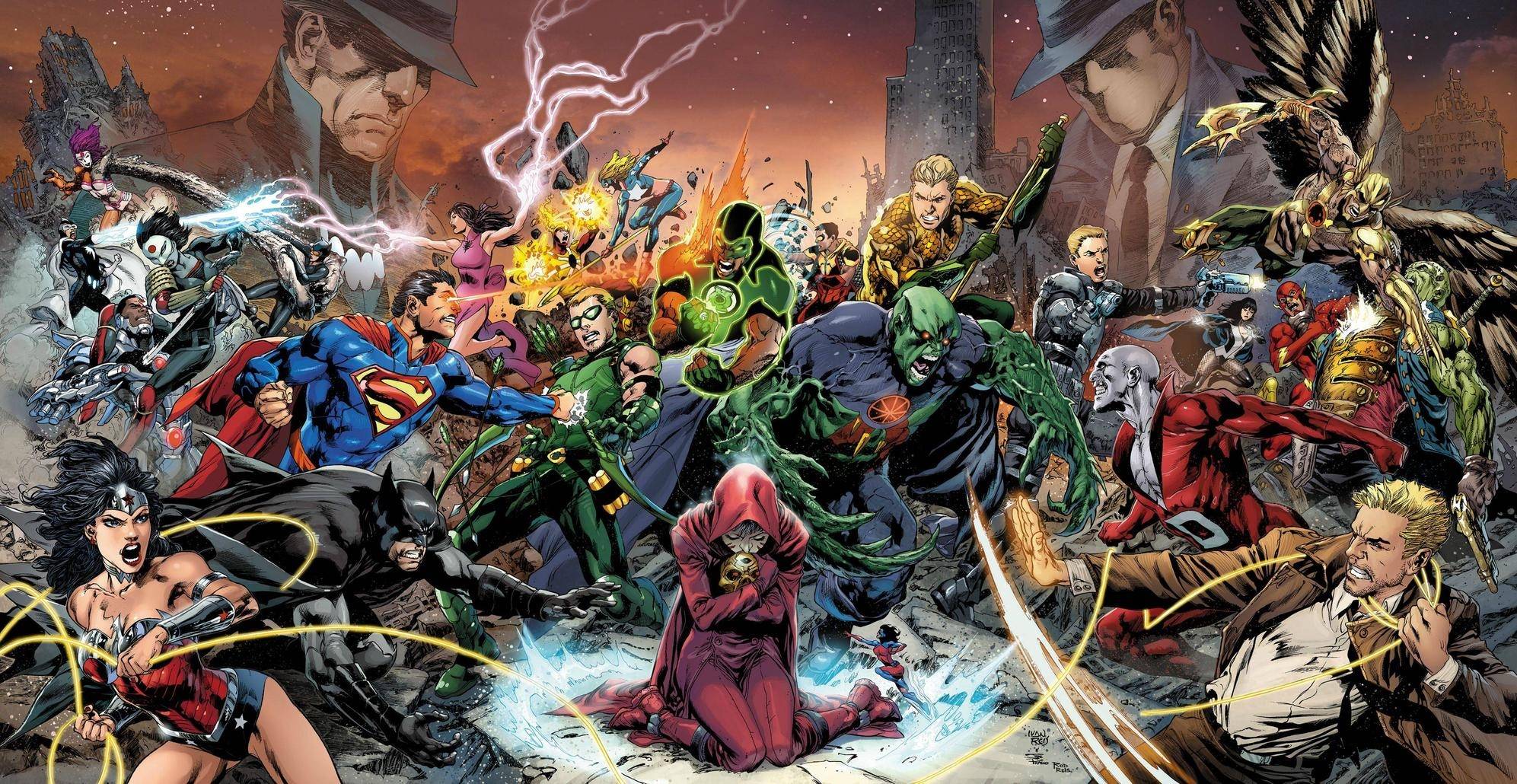 Trinity War kicks off this July with Justice League #22.