I for one was very excited to hear that there will once again be a new addition to the Sims community! The latest announcement for the EA franchise was the upcoming expansion pack: The Sims 3 Supernatural. Fans of the game will be able to get their hands on the new pack September 30th 2012.

The new expansion will include all things supernatural. This means players will now be able to create: witches, werewolves, fairies and "more intriguing" vampires. In Supernatural, you'll be able to play as these mythical creatures, and in true sims nature, they will all have their own abilities and interactions, just some of which including: spell casting, broomstick races, potion brewing and fortune telling as well as the ability to spread a zombie plague. 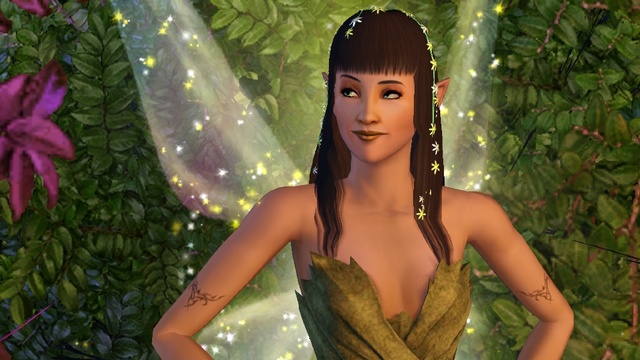 Not only will you have all these cool new creatures to create, you'll also have a new town to explore called Moonlight Falls, where allegedly the moon will affect your Sims in different ways. If you decide to pick up the limited edition version of the game, you will also get Zombies vs. Plants peashooters to plant in your house's garden.

Being a huge fan of the HBO show True Blood, I can't help but make correlations between the two. It's hard not to draw connections with all the mythical creatures you can create and I'm willing to bet at least one player will create a fairy named Sookie Stackhouse who is with a vampire named Bill Compton. Hmm, to be honest that appeals to someone like me who loves both True Blood and The Sims! I've been a fan of the Sims since the original version first launched so to see it come so far from the 'newbie' household really excites me. I can't wait to see the new expansion!