The Top 10 People of Color on SciFi and Superhero Shows

"People of Color to The Rescue!"
By: James P. Stancil II | TV Features | January 12, 2017
The year 2016 was noteworthy for all the good television available from a variety of sources. With so much good television on, I was also happy to see that People of Color - that is, minority groups of darker or non-white skin tones - were also very well represented on new shows and ongoing series. Unfortunately, there are still not as many examples of PoCs on our favorite series as some would like to see, but there were certainly more than we have seen in recent years or decades. Who were some of the best and most prominent People of Color to you? Here's one writer's opinion! #10 Curtis Holt, aka Mr. Terrific, Arrow 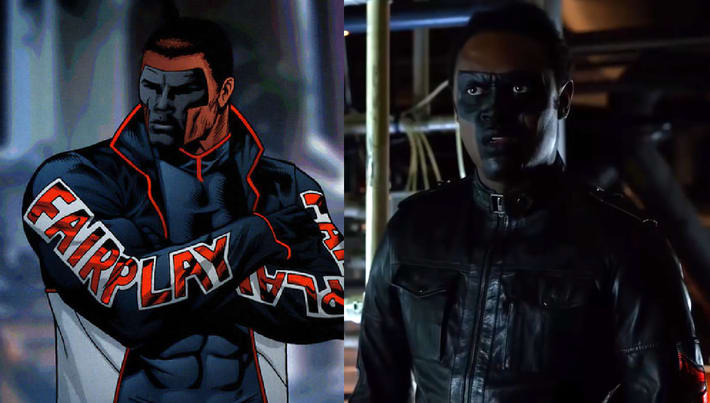 If you have watched any Arrow this season, you have definitely seen Mr. Terrific. He's in the mold of another "black friend" type, but is also bit of a welcome departure from the source material for many, especially the original character to hold that name. Curtis Holt (portrayed by Echo Kellum) is a milquetoast type who has performed rather admirably as a hero when circumstances have deemed it necessary. He is now an integral part of Team Arrow, and a worthy addition to this People of Color list. #9 Jefferson "Jax" Jackson, aka Firestorm, Legends of Tomorrow

Franz Drameh does an outstanding job playing the role of the reluctant hero Jax, one half of the Firestorm character, on Legends of Tomorrow. He is one of the most powerful members of the group and, outside of his role as Firestorm, also uses his mechanical abilities to prepare the Waverider when needed. Jackson's fictional story may resonate with many young people who watch the series. He wasn't able to fulfill his dream of going to college due to circumstances beyond his control, but instead found another way to make a significant contribution in his life. #8 Lucas Sinclair, Stranger Things 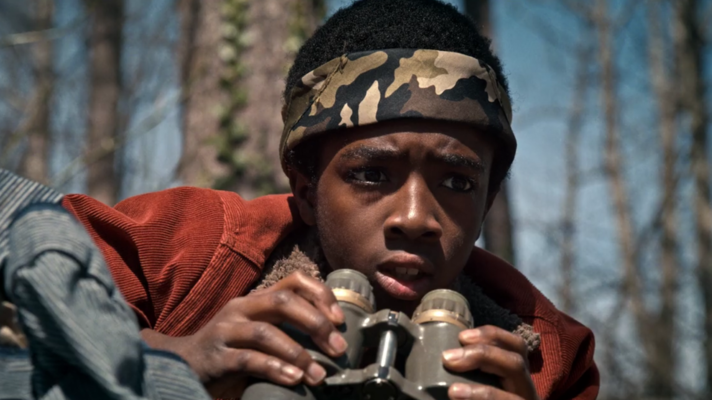 Some may view Lucas (portrayed by Caleb McLaughlin) on Stranger Things as again just the typical "black friend," but he was really much more than that. He was a voice of reason at times, and played a key role in a major discovery during the series. We only got to see his family once during the first eight episodes, but published reports seem to indicate they will play a much larger role during the second season. I expect young Lucas will as well. #7 Agent Elena "Yo-Yo Rodriguez, aka Slingshot, Marvel's Agents of S.H.I.E.L.D. 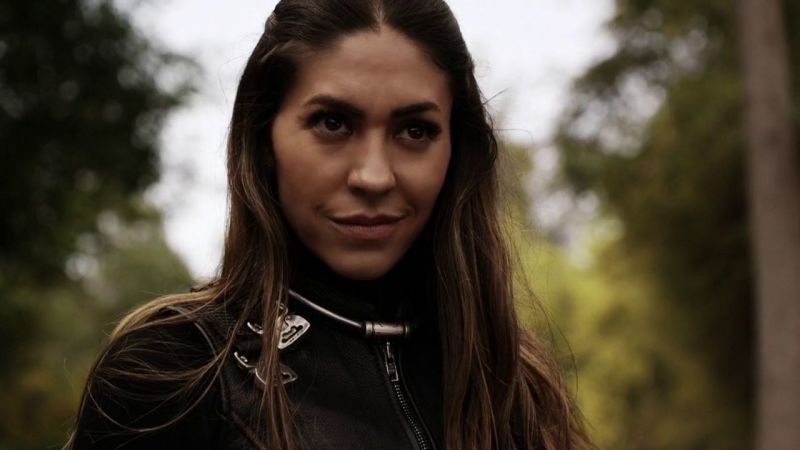 Yo-Yo (portrayed by Natalia Cordova-Buckley) has been so popular on MAoS that she even earned her own mid-season digital series in 2016. She is a strong and multi-faceted Latina character that has seen her role on the series continue to grow over the season after season. What does the future hold for the Colombian speedster? A burgeoning relationship with #5 on this list, larger storylines, and perhaps even a spinoff series or another mini-series? #6 Detective Misty Knight, Marvel's Luke Cage 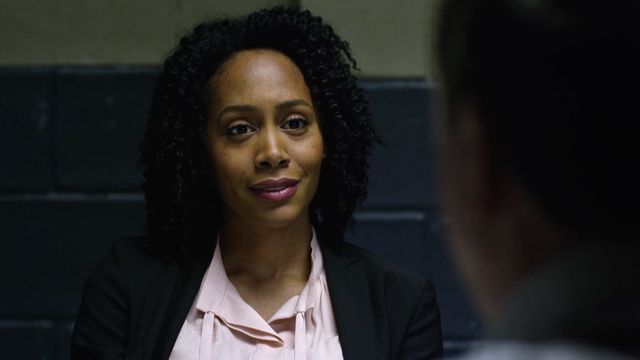 Without question Misty Knight (portrayed by Simone Missick) was one of my favorite characters from Luke Cage. Missick did a great job in her version of the role, and may have even "parlayed" (PUN DEFINITELY INTENDED!) her great portrayal into a potential future stand-alone series as the psychically-gifted detective. Misty Knight was an integral part of the first season of Luke Cage, I'm looking forward to seeing her on future seasons, as well as a character on the upcoming Iron Fist and Defenders Netflix series. #5 Agent Alphonso "Mack" Mackenzie, Marvel's Agents of S.H.I.E.L.D. 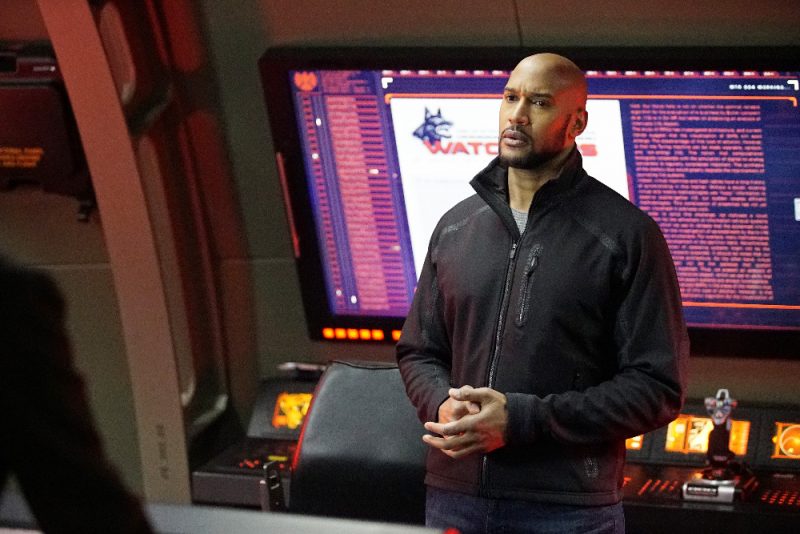 Mack (portrayed by Henry Simmons) has been one of the emotionally strongest and most complex characters on MAoS for several seasons now. Since his first appearances as a minor character, he has become a series regular and we have learned more about his faith, his family life, seen the development of his growing relationship with Yo-Yo, and seen him become (in a bizarre turn of events) the Ghost Rider! Part of the charm of Mack is that he is a physically imposing man who avoids violence when all possible, and defeats his enemies with many times with his mind instead of his brawn. A great message for young people!

#4 Robbie Reyes aka The Ghost Rider, Marvel's Agents of S.H.I.E.L.D. 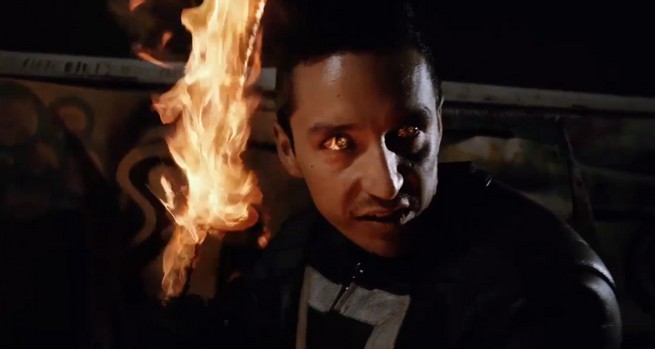 One of the biggest surprises of the year was the popularity of the Robbie Reyes version of the Ghost Rider (portrayed by Gabriel Luna) on MAoS. Luna quickly became a major star portraying Reyes as a featured character during the first half of the current season. Though the character is currently "missing" on the series, many expect Luna to reemerge soon enough as Robbie Reyes on MAoS or in his own spin-off series on either Netflix or ABC. The MAoS version of Robbie Reyes was a conflicted character with deep personal issues, much like the Punisher of Daredevil fame, and soon to be his own series. I can't wait to see what is next for the Ghost Rider! #3 Agent Daisy "Quake" Johnson, Marvel's Agents of S.H.I.E.L.D. 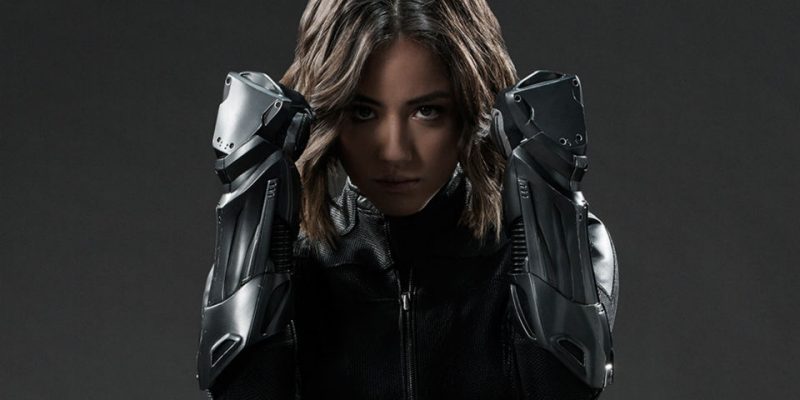 One of the most popular characters on MAoS is the former Skye/former Agent Daisy Johnson/former vigilante/once-again-agent Quake. Chloe Bennet has portrayed the character since the first season of the show and has successfully and adeptly taken the character in many different directions over the years, including multiple head-scratching twists and turns. MAoS is rare in American television in that it has two strong Asian lead characters on the series at the same time. Hopefully that is a good sign for future series, since both characters work well together and have proven to be extremely popular. #2 Agent Melinda Qiaolian May aka The Cavalry, Marvel's Agents of S.H.I.E.L.D.

There is only one #1 bad ass on MAoS, though she is only #2 on my People of Color list. Agent May (portrayed by Ming-Na Wen) has been displaying her quiet rage ever since the very episode of MAoS. She kicks butt first and takes names later (on most occasions), but she also has been known to show her soft side. Over the past several seasons we have been treated to multiple storylines with her family, her ex-husband, an outstanding origin story, and more recently a strongly hinted at potential romance with her former boss, Agent Coulson. It will be interesting to see what is next in the current LMD story arc, and what it holds for the future of the S.H.I.E.L.D. agent known as The Cavalry. #1 Luke Cage, Marvel's Luke Cage 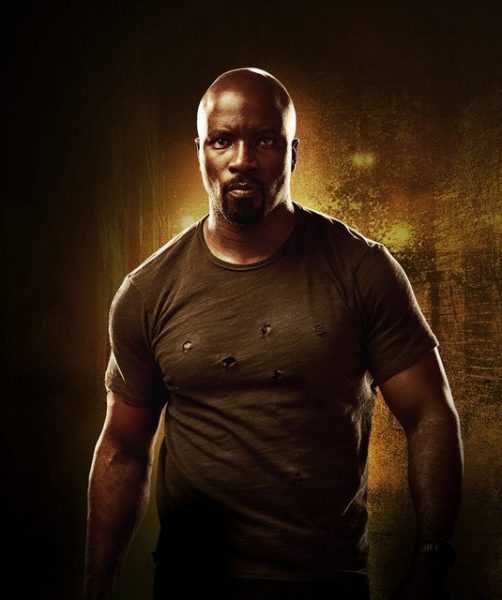 Perhaps the most influential and important character on this People of Color list is Luke Cage (portrayed by Mike Colter), the star and titular hero on Marvel's Luke Cage. Colter did not disappoint as the legendary 1970s hero, and the debut of the Netflix series was so popular it helped lead to a temporary overload and brief shut down of the streaming service. It has been very rare that a black lead character and almost fully minority cast led a major television show of this type. The universal success of Luke Cage could help to change that, as well as open the door for similar characters to find screen time from Marvel, DC, and their competitors. Many were proud of Luke Cage and its portrayal of Harlem, a place once seen as the capital of Black America. Cage himself was written and produced as a deep and multi-faceted character on the series, and I greatly look forward to future seasons and his appearance on The Defenders.

If you have been reading my work on Entertainment Fuse, you know I like to reward my readers with a bonus pick! Here we go! 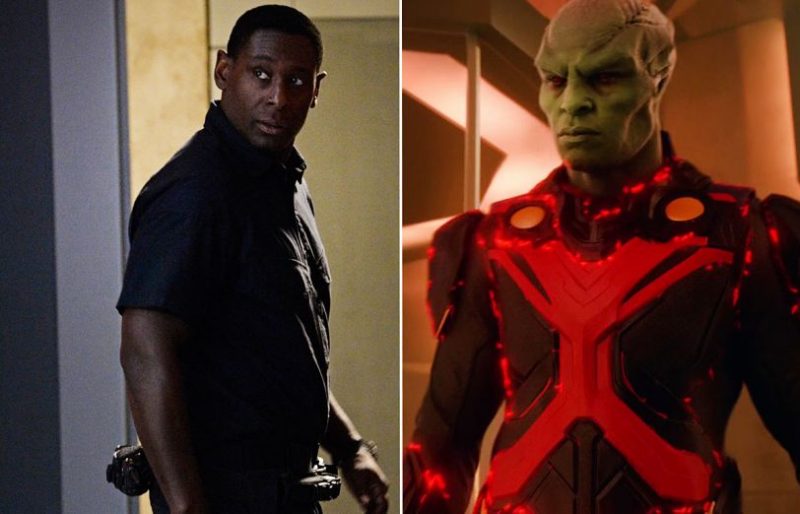 J'onn J'onnzz, aka The Martian Manhunter, Supergirl The Martian Manhunter (portrayed by David Harewood) has been received very well so far on Supergirl. He is definitely a true Person of Color, even if that color is green! J'onnzz has a very interesting backstory, which includes the destruction of his people during a 'color' war on his home planet of Mars. The tale has some striking similarities to real history and some of the events that have happened on our own world. The Manhunter's methods and sometimes rigid points of view fueled by past experiences have caused him some difficulty on his newly adopted planet, but he has also made some important allies and proven himself as a worthy though sometimes reluctant hero. I look forward to seeing more of his adventures with and on Supergirl. In Conclusion Thank you so much for reading my list of People of Color making an impact on television today in the genres that we love. What does the future hold in 2017? We will see. If you haven't noticed, MAoS is pretty well-represented on my list - they clearly have the most diverse cast and storylines in my view. Hopefully by the time I do another one of these lists, other shows will catch up to where they are. Do you agree, disagree, or have some additions or deletions for my list? Feel free to comment and let me know.