By: | Comic Features | December 24, 2011
Greetings and happy holidays, PlAff faithful! It's around this time every year I find myself thinking fondly of that big red guy who brings so much annual joy to people everywhere. No, I'm not talking about Red-Hulk. No... not Atrocitus, either. To whom then do I refer, I pretend to hear you ask? Santa Claus, of course!

Santa Claus is the holiest, jolliest, and Christmas cheeriest guy around. He's the best he is at what he does. Or is he? Sure, Santa is great, but there are so many characters in comics that there have to be some who can do what even Santa can't. This is my list of the top comic book characters to out-Santa Santa.

5.    Blob (X-Men)
Santa may shake like a bowl full of jelly, but he's got nothing on the immovable Blob. This guy shakes like all of the jelly. All of it. Throw the jelly in a big guy-shaped vat and watch it wiggle. The Brotherhood of Mutants' Blob is known for his epic girth and ability to use it by pretty much hanging out and taunting people while they fail to knock him down. Just imagine how un-knock-down-able he would be sitting in front of that plate of milk and cookies, just packing it away. Blob's not going to leave any of those crumbs like Santa does to let you know he was there. Hell, Blob's probably going to chow down on the carrots you leave for the reindeer and raid your fridge while he's at it. Santa may make obesity fun again, but no one is quite so festively plump as Blob. 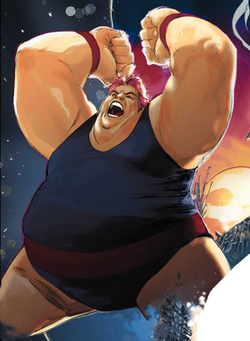 4.    Odin (Thor)
Granted, this is a bit of a cheat. Odin, the All-Father, is a figure from Norse mythology before he is a comic book character, but if you are taking this seriously enough that you would pay attention to that sort of thing, well, stop it. Anyway, Santa and Odin share similarities dating all the way back to Santa's origins as the Germanic folktale character, Sinterklaas. Odin grants magic hammers. Santa grants toys. Odin commands the Norse pantheon. Santa commands elves. Odin has Sleipnir. Santa has Rudolph. They both have the same incredible beard. Basically the same guy. Odin can do everything Santa can do, but he was doing it first and with only one eye. 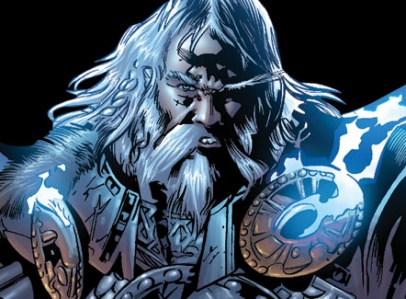 3.    Batman (Batman)
Who is the one guy to bring more smiles to the faces of children than even Santa Claus? Batman, of course! Children of all ages love Batman and for good reason. He may be the only one in the world to have more toys than Santa. There are about five hundred on his belt and probably another twenty million in his workshop. These are real approximate holiday statistics we are dealing with here. Santa has the North Pole and that's all well and good. WayneTech is a multi-billion dollar corporation. Some of those factories have to be producing toys, as well as Bat-toys. That's just by law of averages. Plus, he once delivered more presents while dressed as Santa than Superman did in the same attire, rendering Supes entirely unusable on this list. Merry Christmas, Bat-Santa! 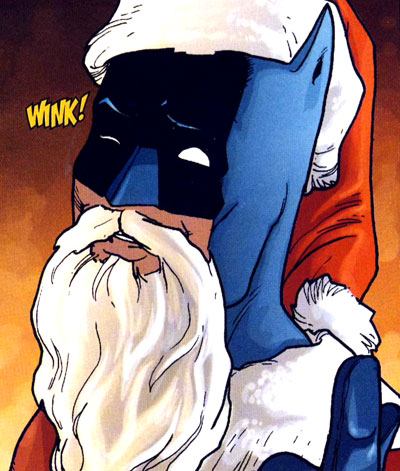 2.    Doctor Manhattan (Watchmen)
To be fair, Doctor Manhattan should probably be included on every list of comic book characters being able to do anything. His powers extend to being able to do basically everything, because he is more or less an omnipotent god. Seriously, this guy has it all. He can see the future, so knowing when you're sleeping and when you're awake is no big deal. He has evolved beyond the petty morality of humans, but I imagine he would be able to tell if you've been bad or good too. Santa has to fly all around the world, but Doc Manhattan could just teleport there. Actually, he could probably just make copies of himself and literally be in every house on Earth at once. Wouldn't even need a chimney. This dude could even turn himself red and grow a beard if he had to, not to mention transmute a billion toys out of whatever suitable matter he could find. The good Doctor may be missing the Christmas spirit, as well as something to hide his own Christmas package, but he's got the logistics of being Santa down. 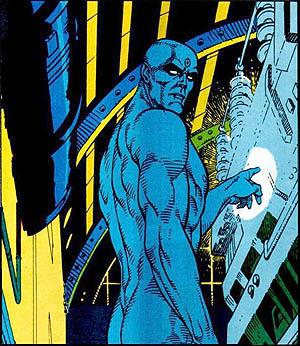 1.    Santa Claus (The hearts and minds of us all)
In a stunning holiday prank that would delight Joker and Jack Frost alike, nobody does Santa like Santa. The jolly old elf has appeared in many comic books over the years, from Captain Marvel to Fables, and that is good enough for me. All these other characters are great, but no one gets that heartwarming combination of magic, giving, and endearing obesity quite like the one and only. Good old St. Nick has been rewarding the good with toys and punishing the wicked with coal long before any super heroes were around. Batman may have to deal with Mr. Freeze and Odin may have to deal with the fires of Surt at Ragnarok, but Santa has had to contend with the combined forces of Heat Meiser and Snow Meiser! Who else is going to know to get a fruit cake for Blob, a glass eye for Odin, a childhood for Batman, and trousers for Doctor Manhattan? In the end, there is only one guy in comics to truly make it feel like Christmas in our hearts. 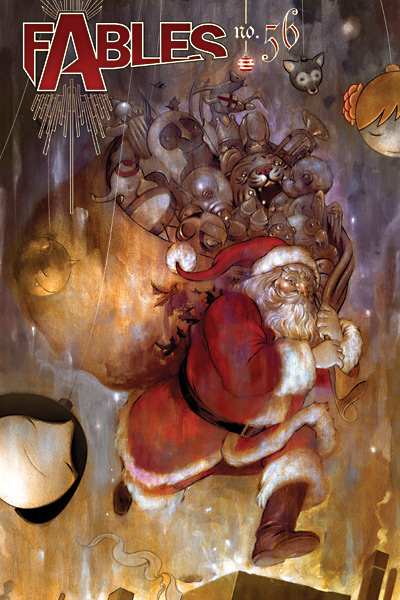