The story is still running a marathon with the plot making it very difficult to really enjoy everything in the book, but it takes steps towards returning to its former glory. The issue begins with our displaced explorers sharing a cafeteria style meal which is interrupted by Daavi falling on top of their table. Kronas is left outside the city captured by Abaris. He uses Daavi’s memories to find her lair so that he can save the people of the city. Abaris is unhappy of the developments and sends the Shock Force into the city to beat the ever living hell out of its captured citizens. Now Daavi and the others are racing the clock to make their escape from the city to help Kronas, while he races the clock to save the universe.

There’s a lot going on in this issue which means shortened pages for everyone’s dialog.  Hopefully a lot of this storyline has been wrapped up for the final issue in the arc so that the next issue can focus on Kronas and Daavi. The story is still being written by Mark Waid and Tom Peyer, but I have to say that it’s severally lacking Mark Waid’s style and voice. It’s understandable that there’s going to be growing pains as the series transitions Waid from the series, but this storline has an incredibly different feel than the first arc. If Peyer stays on as the main writer of the series after this arc I hope that he really takes a hold of the story and returns it to its tone and style or finds his own for the series. 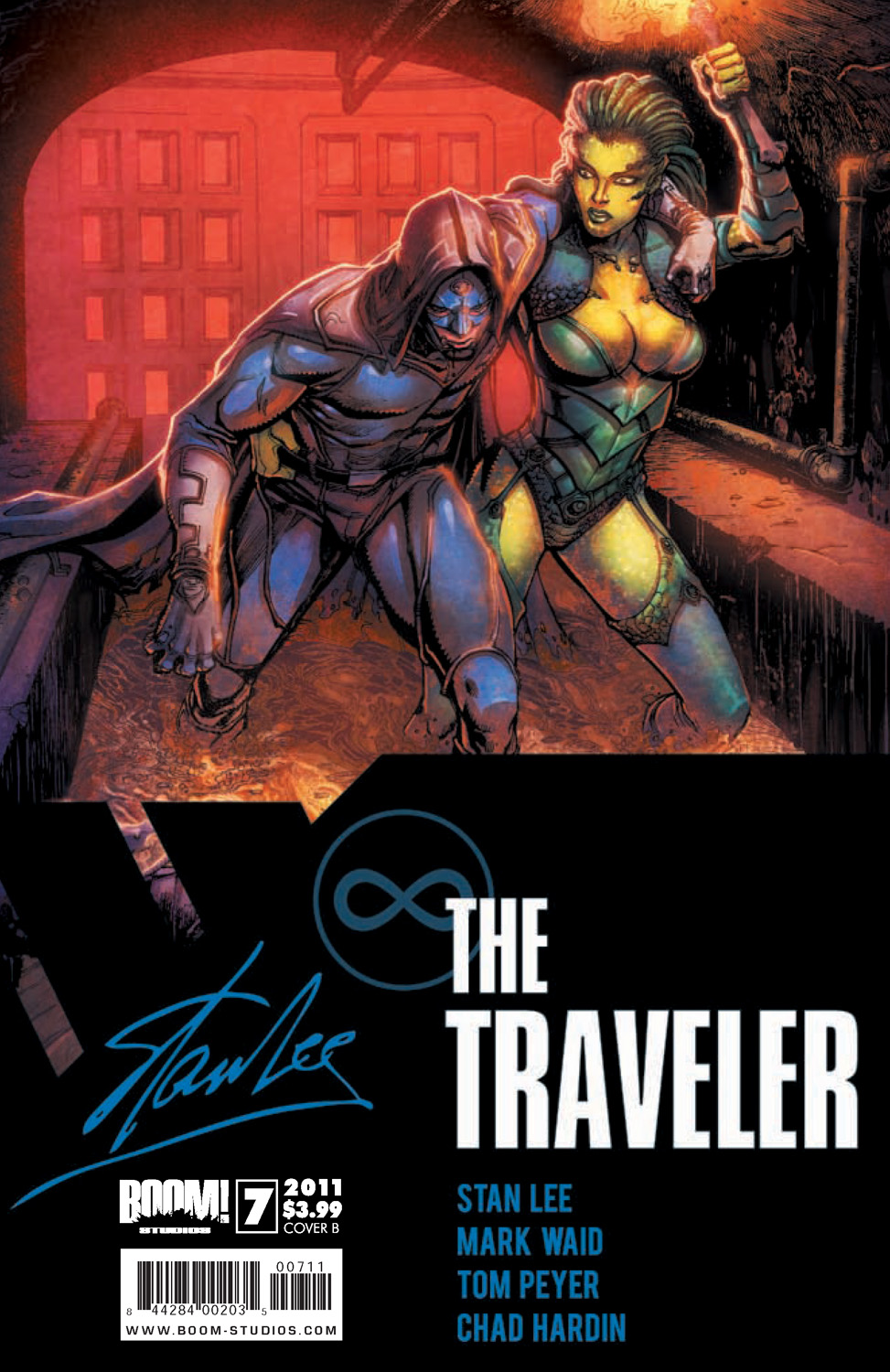 Artist Chad Hardin continues to be a staple of the series with his crisp pencils and detailed style. His range of abilities is really pushed with this issue as he draws several aliens and characters displaced from different moments in time. Just the different aliens could be challenge enough, but then Hardin must also draw a wide, wide range of character clothing including: civil war, knights, western and several others. Hardin’s style for the book has given it the bridge that connects the first and second story arcs.

The series is still a long ways away from being as good as any issue from the first story line, but it’s on the right path to get there finally. The first two issues of this arc were very shaky and gave cause for concern about the series, but this issue is very decent and gives hope to the series continuing at the same level of quality. The issue leaves the book in a good place for the next issue and that will really determine if the third story arc will be worth picking up.

Overall Score – 7.7/10
*New Readers will be confused so wait for the trade and make sure you read the first story arc*